An influential person in the Azerbaijani diaspora in Ukraine, head of the Assembly of Nati ...

Rovshan Tagiev is allegedly an influential person in the Azerbaijani diaspora in Ukraine, head of the Assembly of Nationalities. Has a fake status, conducts a suspicious business. The media calls him a scammer. He uses a Rolls-Royce, attends buffets, and in every way boasts of a rich life, but it’s hard to say what specific benefits Rovshan brings. 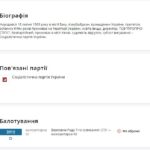 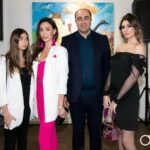 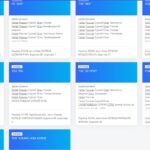 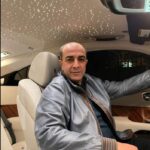 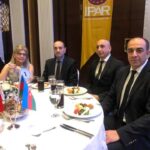 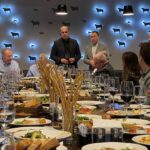 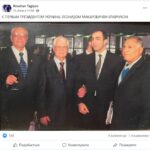 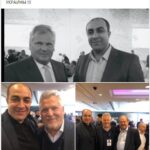 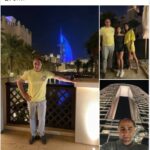 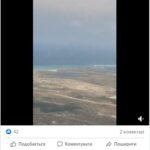 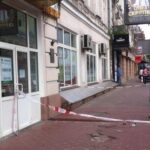 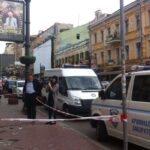 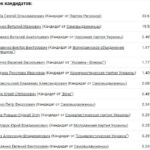 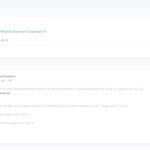 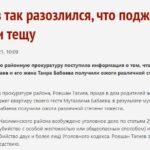 Born July 18, 1969. Baku An influential person in the Azerbaijani diaspora in Ukraine, head of the Assembly of Nationalities. 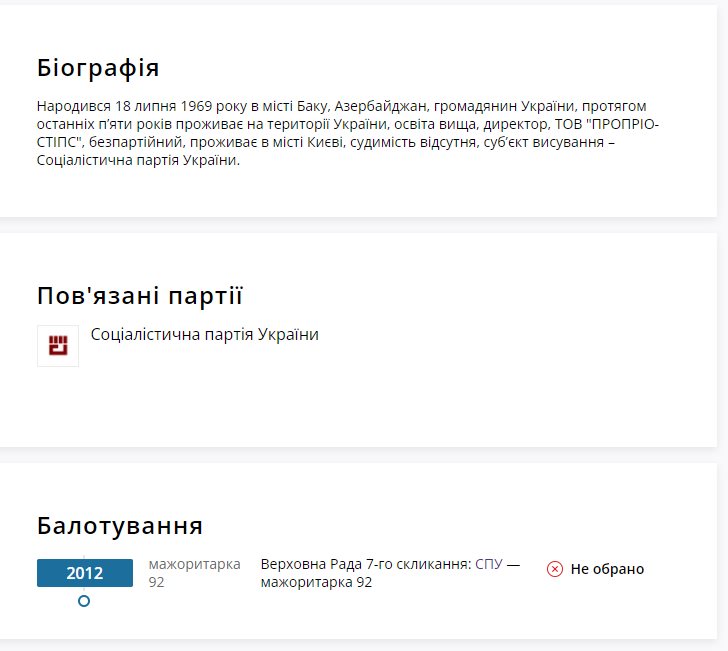 Tagiyev, Rovshan Surkhay Oglu – candidate for the Verkhovna Rada of Ukraine 2012. from the SPU party in the territorial constituency No. 92.

Has a wife Lyudmila, two daughters 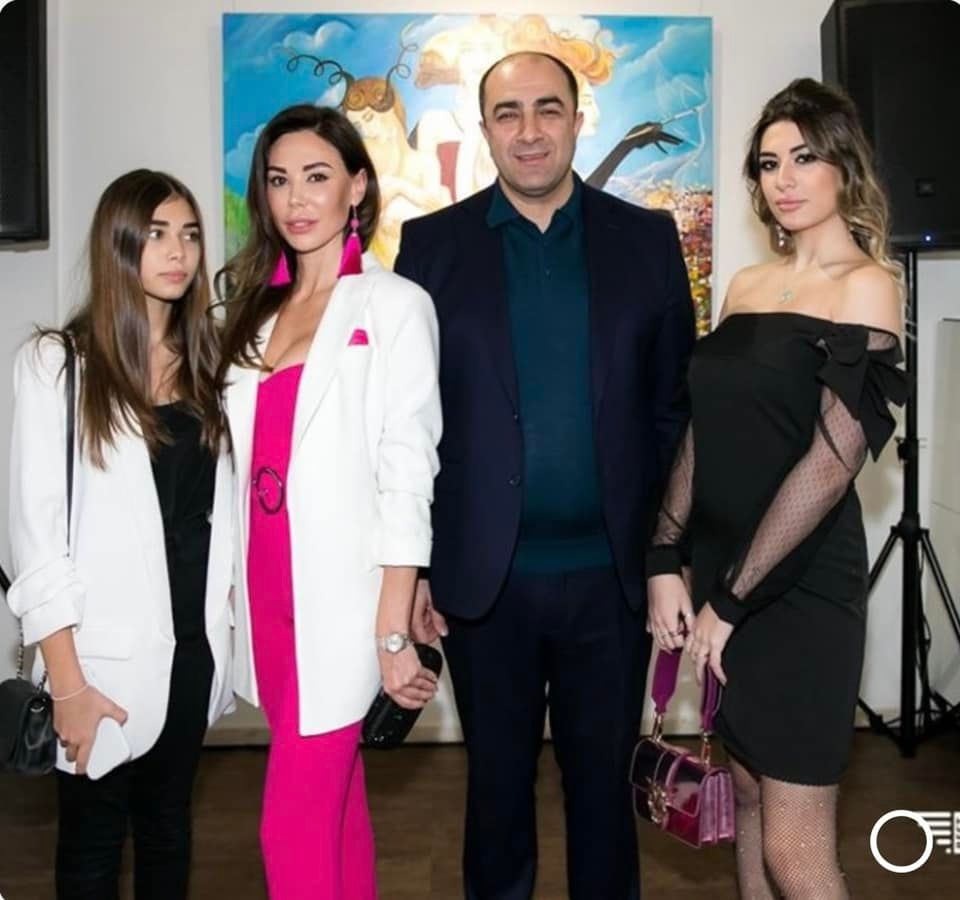 Rovshan Tagiev: “wedding general”, eternal debtor and swindler Every year more and more swindlers, urban lunatics, crooks and simply inadequate people who in a normal society would be considered ignoble are spinning in the socio-political sphere of Ukraine. At the same time, the more insignificant the character is, the greater the crown he seeks to put on himself. The brightest representative of this cohort of “businessmen from civil society” is Rovshan Surkhay Oglu Tagiyev, who calls himself the chairman of the Assembly of Nationalities of Ukraine, co-chairman of the World Diaspora Assembly in the USA and chairman of the Ukrainian Assembly of Nations. The obvious delusion of these names should not confuse anyone, since all these organizations are exclusively fictitious, they have neither offices, nor staff, nor the very subject for their activities. The address of OKAU is the same as the address of the second beneficiary Mammadov F.A.. :

The only task of these structures is to provide Tagiev with some official status to solve his own material issues and serve as a showcase for finding sponsors and creditors. Quote from Tagiev's interview:

Many wealthy people whom Tagiev turned to for help at various times note that their communication usually began with a discussion of global topics and no less global opportunities, and ended with banal requests for loans. As a rule, this money is not returned under the pretext of some unforeseen circumstances, and the creditor is left with nothing.. It's no secret that constantly borrowing money and balancing between the return of old loans and the search for new ones is Rovshan Tagiev's main business. Companies in which Tagiyev is a beneficiary: 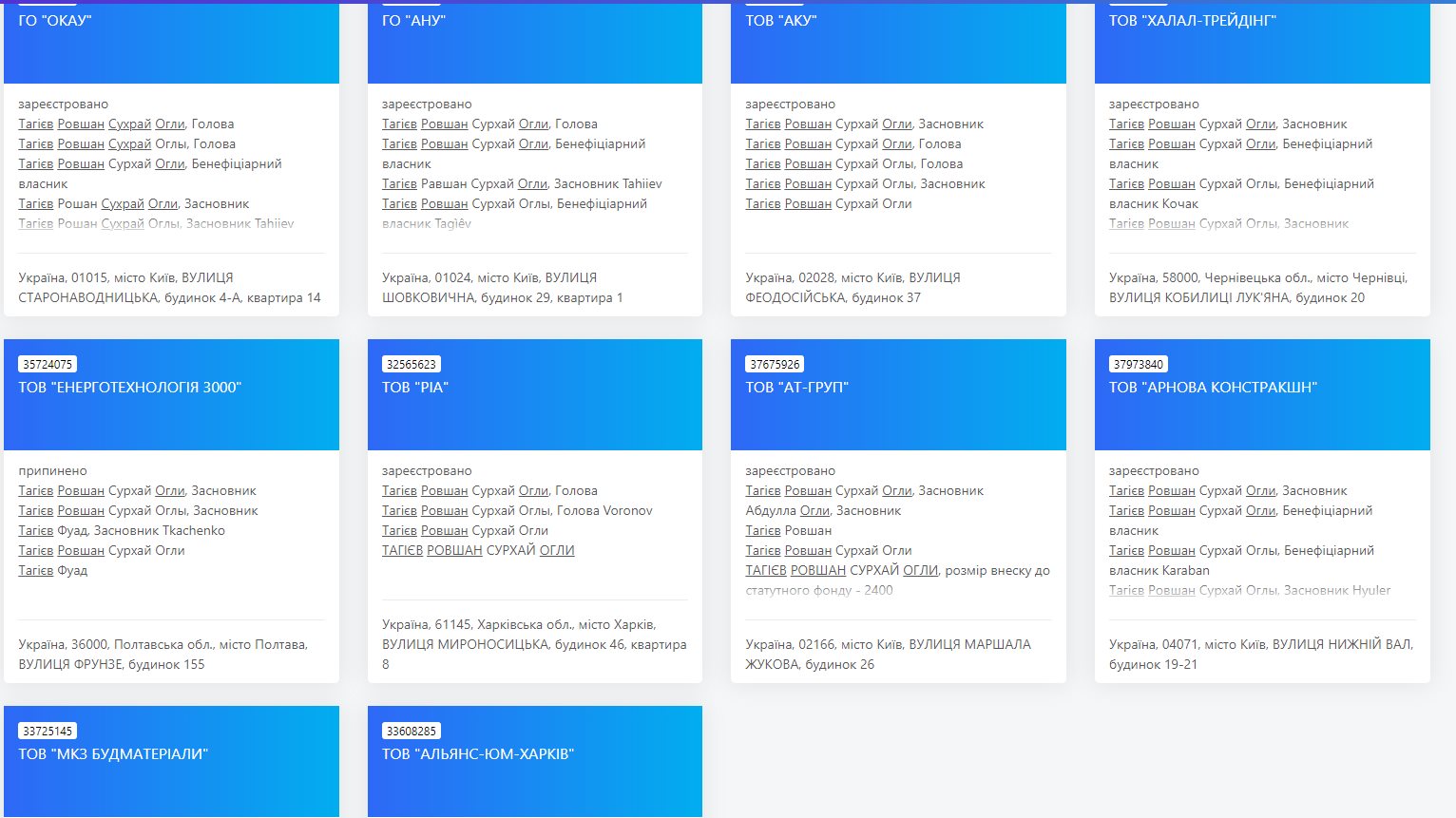 With the money raised in this way, he leads an ostentatious life of a successful person with all the attributes: a prestigious car, branded clothing, expensive restaurants, etc.. It is possible to exist comfortably and to splurge others for years thanks to a large number of deceived sponsors and gullible fellow countrymen. Rolls-Royce Tagieva: 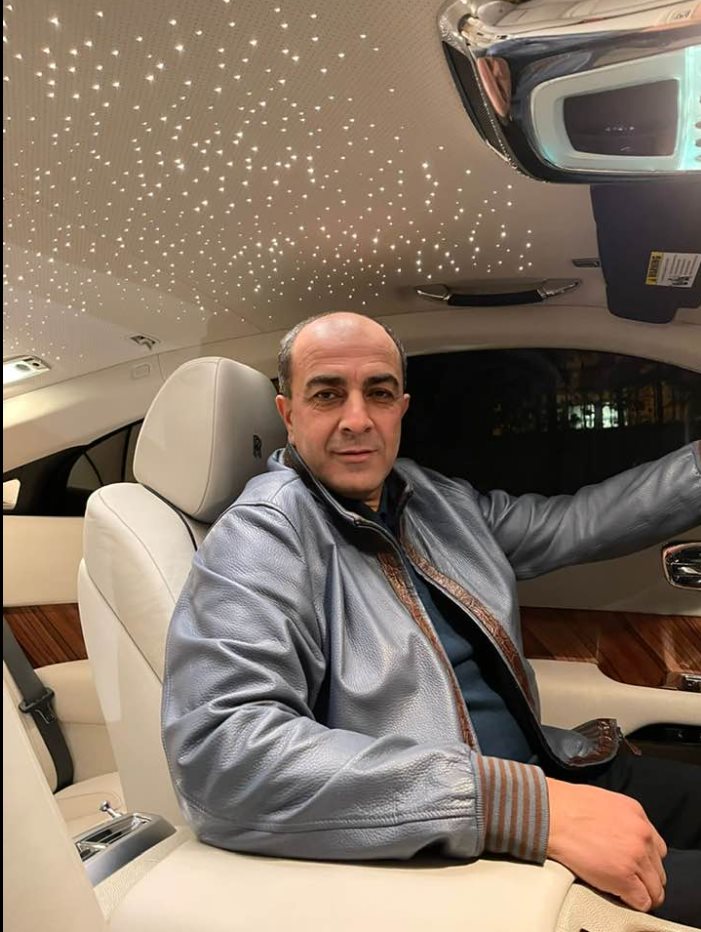 Rovshan Tagiev easily rubs himself into the trust of people and quickly comes up with what you can ask or demand money from the interlocutor. If it is not possible to borrow in a good way, then he may resort to blackmail and extortion. Here, his connections from the 90s with criminal circles come in handy.. “Pictures with the stars” is also indispensable when you have to pose as a “politician” and “influential person.” 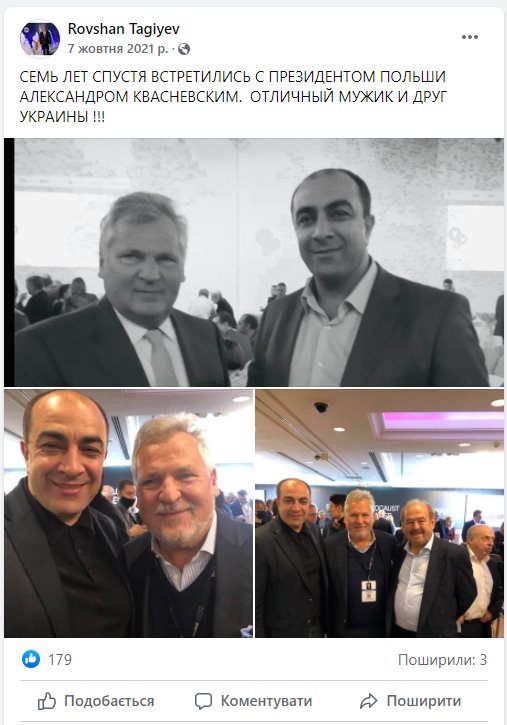 And for those who perceive such attempts with irony, Rovshan Tagiyev usually threatens to use personal connections, discredit in the media and create problems from crime. Over the years of trips to receptions and round tables, Rovshan Tagiyev has accumulated a solid collection of joint photographs with famous politicians, officials and celebrities, whose names he likes to trump at the first opportunity. 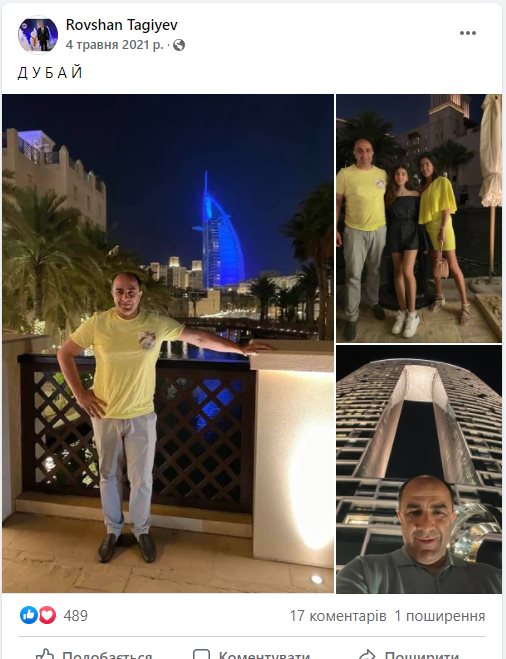 Likes to travel to expensive resorts: 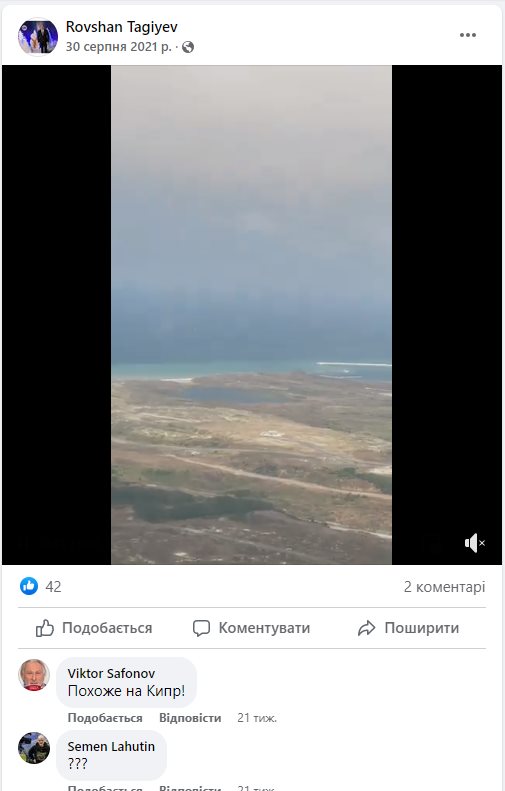 Fraudster and petty extortionist Rovshan Tagiev repeatedly made attempts to enter power, but they were all unsuccessful. Personal enrichment, a beautiful life and status attributes of power – this is all that interests Tagiyev.

Rovshan Tagiev was wounded in the center of the capital on May 14, at the moment he is being treated in one of the Kyiv clinics. Read more about the assassination in the video:

The chairman of the United Congress of Azerbaijanis of Ukraine, the president of the Ukrainian Assembly of Nations, businessman Rovshan Tagiyev, was injured during the shooting in the center of Kyiv on Wednesday, May 14, the Azerbaijani news agency APA reports. 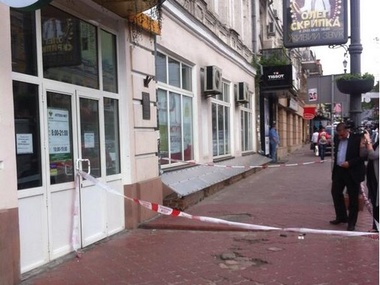 At the moment, Tagiyev is in one of the Kyiv clinics, his condition has returned to normal. According to the businessman, on Tuesday evening he left the pharmacy located in Podil, and at that moment a Toyota car drove up to him, from which unknown persons opened fire. “The first shot hit me in the shoulder. A masked man got out of the car and again tried to shoot me in the head, but I managed to dodge. Seeing the people gathered at the scene, the attackers fled,” the businessman said. 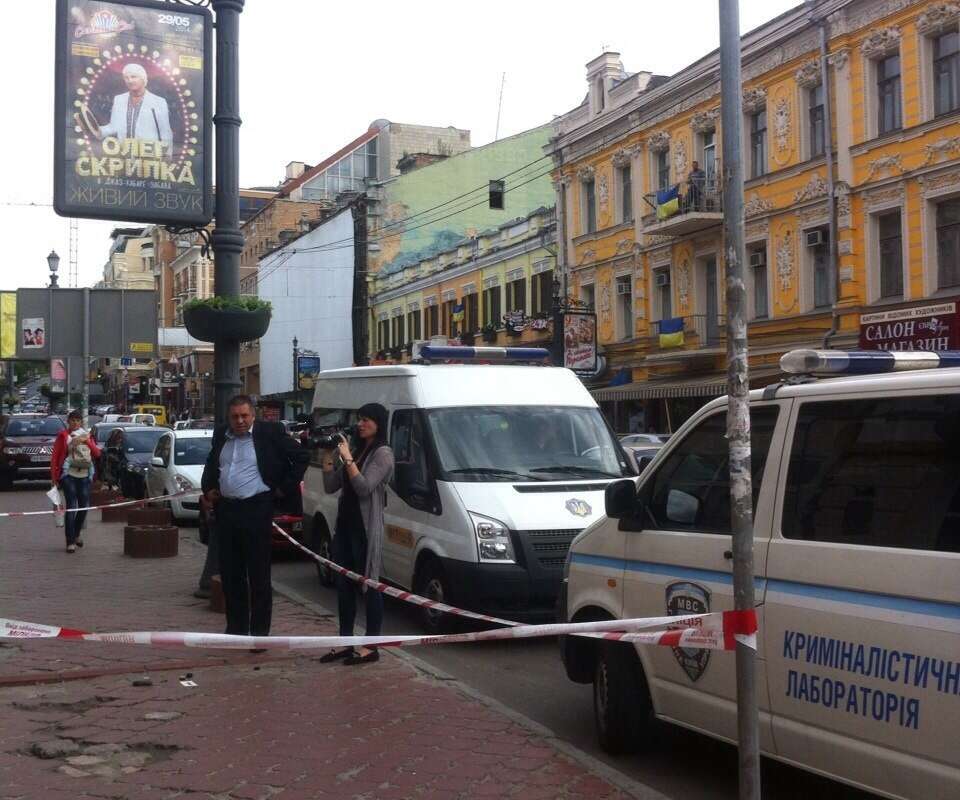 According to him, the police found a pistol silencer at the scene of the incident.. In addition, the car in which the criminals were traveling was found burned. Tagiyev believes that the attempt on his life is connected not with business, but with social and political activities.

Drunk Azerbaijani ambassador to Ukraine thrown out of pub

Azerbaijani Ambassador to Ukraine Azer Khudiyev was thrown out of a pub in Kharkov According to the Azerbaijani media, Ambassador Azer Khudiyev, chairman of the United Congress of Azerbaijanis of Ukraine, president of the Assembly of Nationalities of Ukraine, businessman Rovshan Tagiev and AzTV special correspondent for Ukraine and Eastern Europe Movsum Aslanov, having sorted out excess alcohol, “dined” in a pub. However, the owner of the establishment forced them out of there. 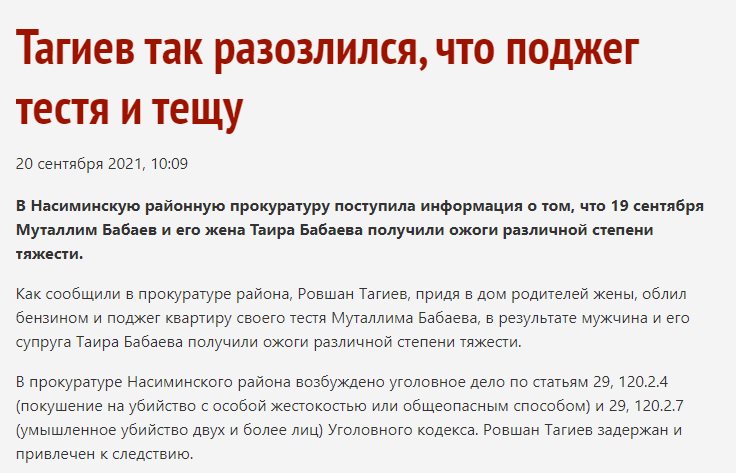 As a reason, the owner of the pub cited the fact that Khudiyev, Tagiev and Aslanov were heavily drunk.

Surprises of Lyashko's list. Lyovochkin's people and officials from the Yanukovych era are going to the Rada

September 22, 2014 The list of “radicals” includes writer Sergei Postolovsky and chairman of the United Congress of Ukrainian Azerbaijanis, head of the Assembly of Nationalities, businessman in the real estate market Rovshan Tagiyev, who survived an assassination attempt in May this year. 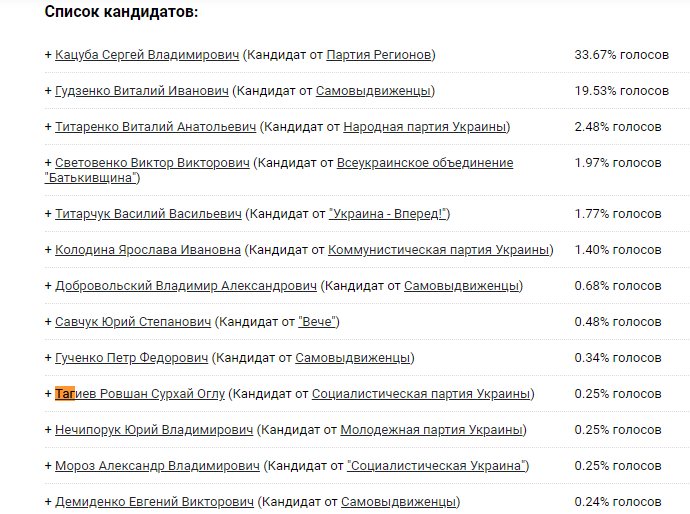 Fraudster and petty extortionist Rovshan Tagiyev repeatedly made attempts to enter power, but they were all unsuccessful. Personal enrichment, a beautiful life and status attributes of power – this is all that interests Tagiyev.