Protection of dangerous criminals and corrupt officials, false information in the declarat ...

Alexey Vladimirovich Kucher, or as he is called "Devil's Advocate", became famous for his illegal deeds. He defends in court dangerous criminals, corrupt officials, and criminals at the country level. Journalists also link Kucher to Vadim Slyusarev, a former border guard whose career rose rapidly under President Viktor Yanukovych. He was also an assistant to the People's Deputy Artyom Pshonka, the son of the ex-Prosecutor General. Alexey Vladimirovich distinguished himself not only by cooperation with criminals. Unreliable data in his declaration, of course, attracted the attention of the Supreme Anti-Corruption Court, because the amount of acquired property exceeds 50 times the indicated amount of income. Magic, nothing else! 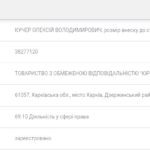 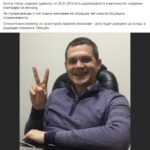 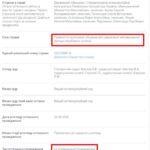 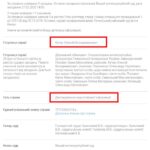 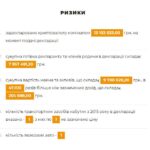 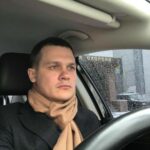 Born: March 23, 1985 Place of birth: from. Novoraysk, Berislavsky district, Kherson region. Aleksey Vladimirovich Kucher – Ukrainian lawyer, politician, candidate for mayor of Kharkiv in 2020. Until November 2019, he was a People's Deputy of the Verkhovna Rada of Ukraine of the 9th convocation. Since November 5, 2019, he has been the chairman of the Kharkiv Regional State Administration. 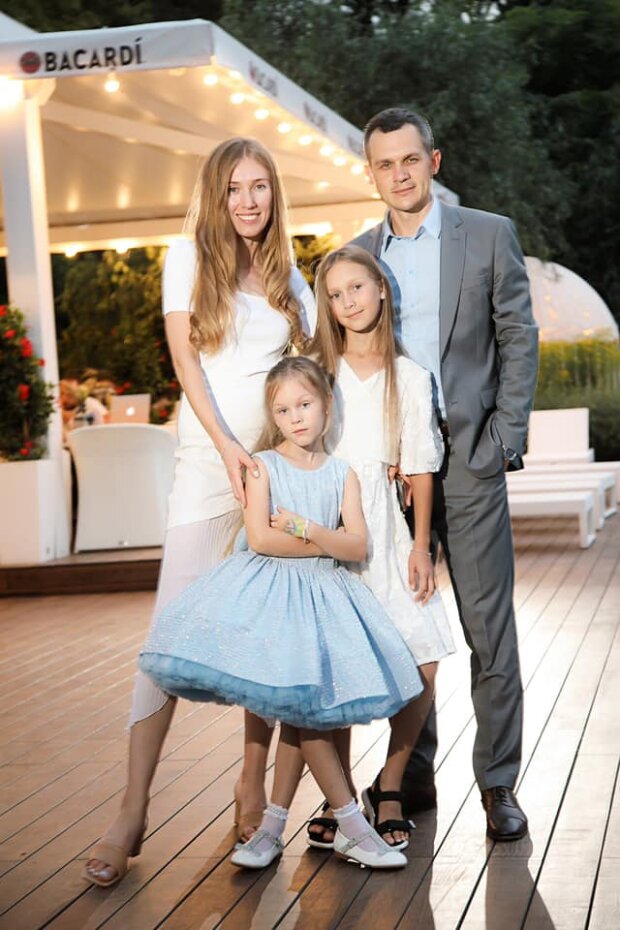 In 2006, Kucher graduated from Kharkiv National Pedagogical University named after G.. S. frying pans. Specialty – teacher of physical culture of the main school. In 2010 – National Law Academy of Ukraine named after Yaroslav the Wise. Qualified as a lawyer. Obtained a lawyer's license in 2011. Lecturer at the Higher School of Advocacy. For 5 years he worked in the prosecutor's office and the court. He specialized in criminal cases, was an assistant judge of the Shevchenkovsky district court in the city of Kharkov. He was a lawyer for Volodymyr Lytvyn, who was suspected of the “rucksack case”. He defended the judge of the Dzerzhinsky District Court Sergey Lazyuk. Until August 2019, he was the owner of Dartley Group Law Firm LLC.

In the 2019 elections, he applied for the seat of the people's choice from the Servant of the People party (electoral district No. 179, city. Lozovaya, Zachepilovsky, Kegichevsky, Krasnogradsky, Lozovsky, Sakhnovshchinsky districts). Received 50.61% of the votes. Having been elected to the parliament of the 9th convocation, he became a member of the Committee on Legal Policy, heading the subcommittee on the organization and activities of the bar, legal aid bodies. He led the inter-factional deputy association “Slobozhanshchina”. On November 5, 2019, he took office as Chairman of the Kharkiv Regional State Administration. On December 3 of the same year, the Verkhovna Rada voted to deprive Kucher of his deputy mandate at his request.

According to the Antikor portal, Aleksey Kucher established himself as a lawyer after 2014: “The reason is that Kucher works in unpopular, but extremely financially profitable cases – he defends bribe-takers in Ukrainian courts.” According to media reports, Kucher attracted attention after a resonant story involving Anton Savvov. In the summer of 2017, the 62-year-old entrepreneur found himself at the center of an international scandal: he was accused of selling “fake” prizes and awards, which he allegedly issued on behalf of Oxford University and related structures. “Selling titles and certificates for tens of thousands of dollars, the Ukrainian became a millionaire and put his business on stream until the British newspaper The Times exposed it.. However, instead of pleading guilty, Savvov decided to defend his business reputation in court, and Aleksey Kucher became his lawyer,” writes Antikor. 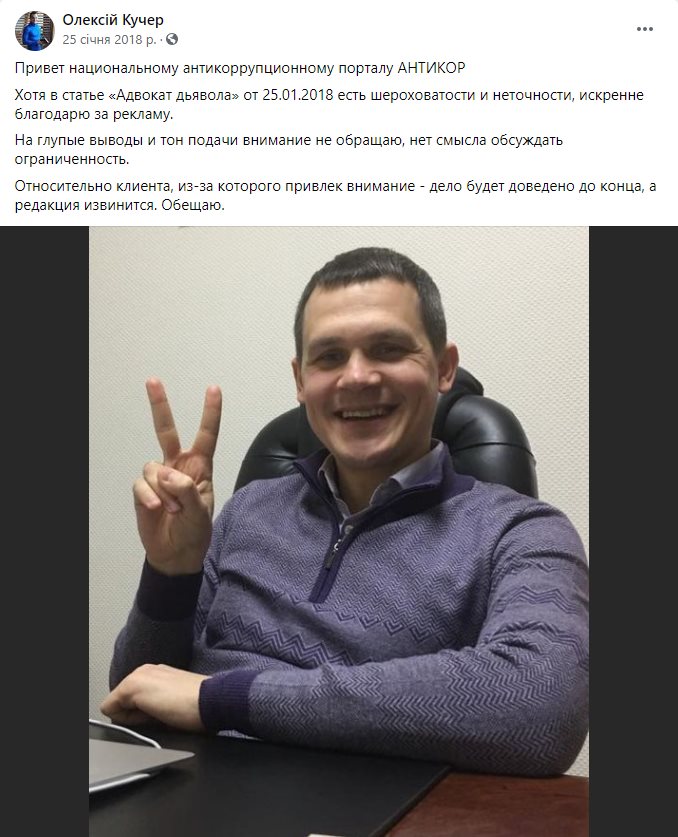 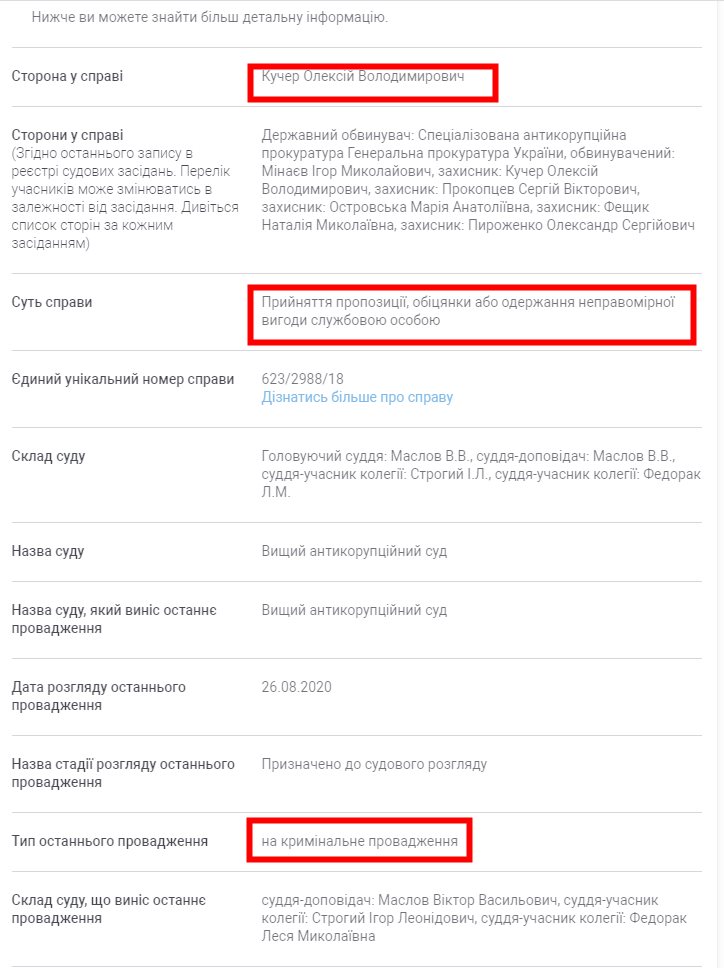 “Summing up, it is not necessary to talk about the integrity of this lawyer. Obviously, he does his work not at the call of his heart, but rather at the call of his wallet.. This is confirmed by his way of life: the lawyer drives foreign cars Volkswagen Passat and Audi Q5 with the maximum configuration,” Antikor noted. Radio Liberty journalists connect Kucher with Vadim Slyusarev, a former border guard whose rapid career growth falls on the time of President Viktor Yanukovych. He was also an assistant to the People's Deputy Artyom Pshonka, the son of the ex-Prosecutor General. The publication “ZN.ua” reported that in the 179th district, where the elections were won by Oleksiy Kucher, the interests of the Servant of the People party were represented by Vadim Belichenko, an engineer at Tiera LLC – Slyusarev's company. She specializes in leasing and property management. As an informed source in the law enforcement system of the state told a Depo.Kharkiv correspondent, the State Bureau of Investigation opened a criminal case against the head of the Kharkiv Regional State Administration Oleksiy Kucher:. 1 Art. 366 of the Criminal Code of Ukraine (official forgery, that is, the introduction of false information by an official into official documents, other forgery of documents, as well as the preparation and issuance of knowingly false documents). The proceedings concern the fact when Kucher's order “On the start of work” as chairman of the Kharkiv Regional State Administration was signed by him and published twice in a row under different dates, but under the same number.

Kharkiv edition of “Newsroom” found that Aleksey Kucher lives in an apartment owned by a supporter of the so-called “Little Russia”. This is evidenced by the data posted on the NAZK website. According to the document, the official or his relatives own three apartments. In addition, the family enjoys 95 square meters of housing free of charge.. According to data from the official register, we are talking about real estate in the elite building No. 16 on Lyapunov Street (the price of apartments in this building on the secondary market varies from $ 115 to 250 thousand). “The owner of the living space is a certain Kirill Andreevich Shalimov. According to information from open sources, a person with that name does not and never had a business.. But he is mentioned on the Peacemaker website as a separatist and lover of pseudo-republics. The profile contains screenshots in which a 21-year-old native of the occupied Stakhanov says that he is “well in Little Russia,” writes the media. The coachman sold the property for almost a million hryvnias to a specialist in the sale of petroleum products. It is known that the transaction took place on May 15. The head of the Kharkiv Regional State Administration Oleksiy Kucher declared 867.1 thousand hryvnias of income. This became known from the declaration on a significant change in the property status, which he filed with the NACP. The governor received income from the alienation of real estate. The deal for the sale of real estate took place on May 15. The object was bought by a citizen of Ukraine Akhmet Vadimovich Zakirov. What kind of property Aleksey Kucher sold is not indicated. It is known from open sources that Akhmet Zakirov is a contact person in Alliance Oil Ukraine LLC, which is engaged in the import and trade of gasoline and diesel fuel from Belarus, Lithuania and Poland, and Naftasoft LLC. Aleksey Kucher's declaration of income for the previous year, 2019, is not yet available.

According to the new head of the Kharkiv region, during 2018, neither Oleksiy Kucher himself nor his wife Victoria earned a penny for their professionalism. At least officially. The corresponding declaration was published on the website of the National Agency for the Prevention of Corruption (Nazca). 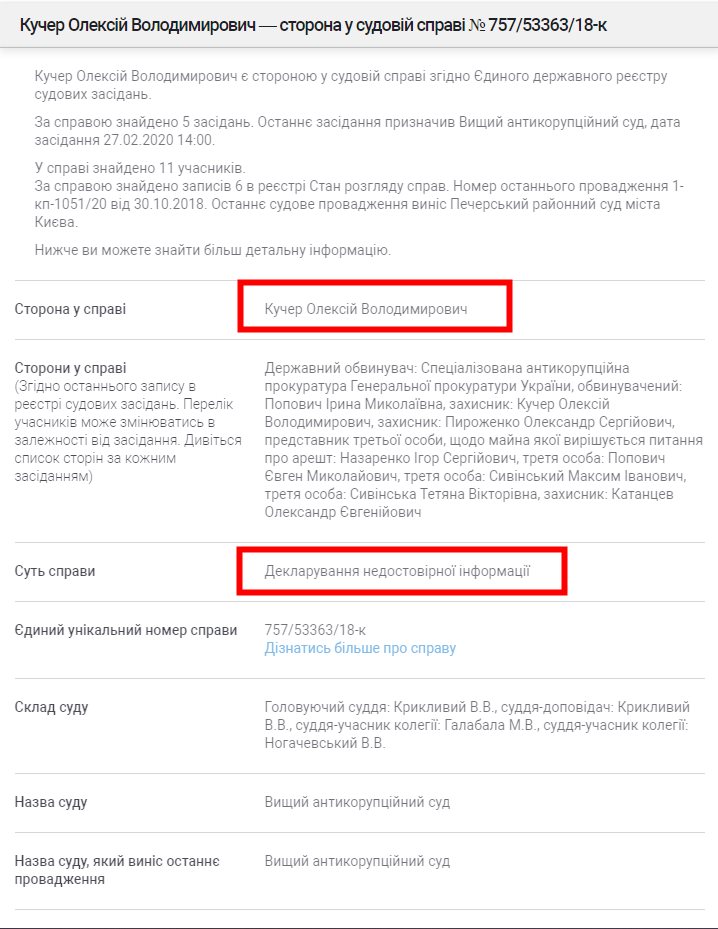 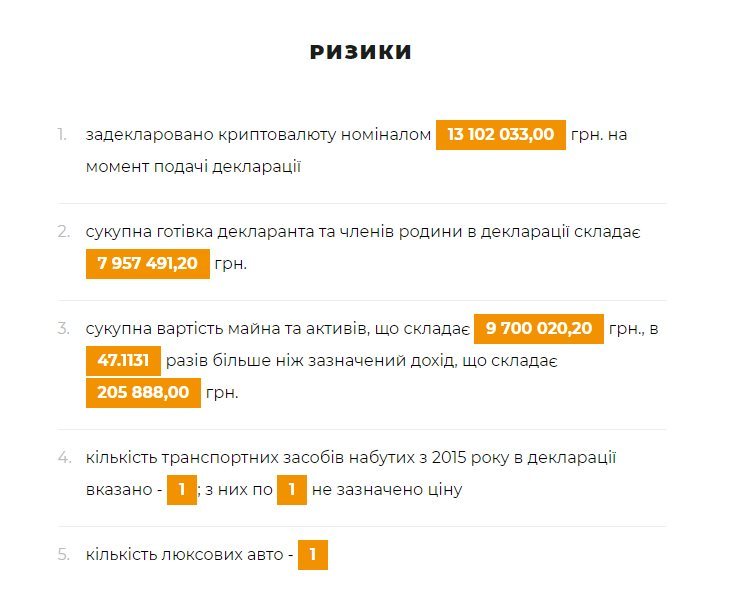 The Kharkov edition of “Newsroom” revealed that the apartment in which the Kucher family lives belongs to a fan of the so-called “Little Russia” – Kirill Andreevich Shalimov. According to information from open sources, a person with that name has never had a business.. But he is mentioned on the Peacemaker website as a separatist and a lover of pseudo-republics,” the media writes. The Kucher family has a Rolex watch (2 copies). Aleksey Kucher owns 11 shares of Nikolaevcement OJSC and 10% of Dartley Group Legal Company LLC . The lifestyle that the governor of the Kharkiv region leads confirms the assumption of his unscrupulousness. The lawyer drives foreign cars of maximum configuration. The family has several cars: 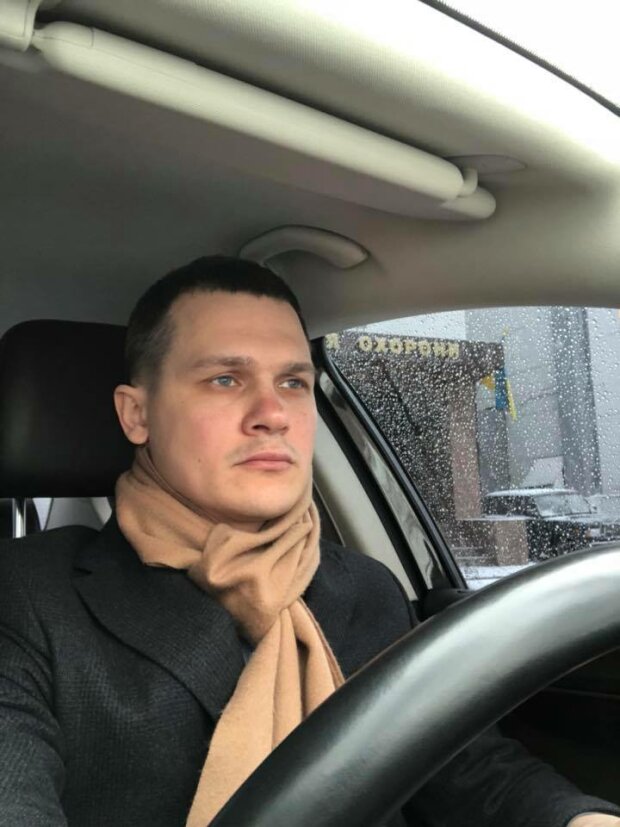 It is not for nothing that Alexei Kucher was nicknamed the “Devil's Lawyer”, because his advocacy is accompanied by the call of the wallet rather than the call of the heart. He defends all the criminals in court, for the sake of an extra penny. Also, his omissions in the declaration once again prove that Kucher is an unscrupulous person who makes his property illegally.