President of the Kharkiv Chamber of Commerce and Industry ...

Rarely appears in the media, does not attend administration meetings ...

Zverev, although not a public person, still managed to “light up”. For Kharkiv agricultural enterprises, he is a dangerous raider who will not miss the opportunity to expand his business. Moreover, as a local deputy, he is too rich. The presence of bitcoins, an expensive car, and land in an elite area once again proves to us that his income is “unclean”. 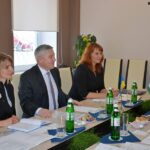 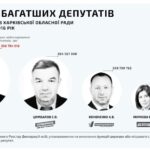 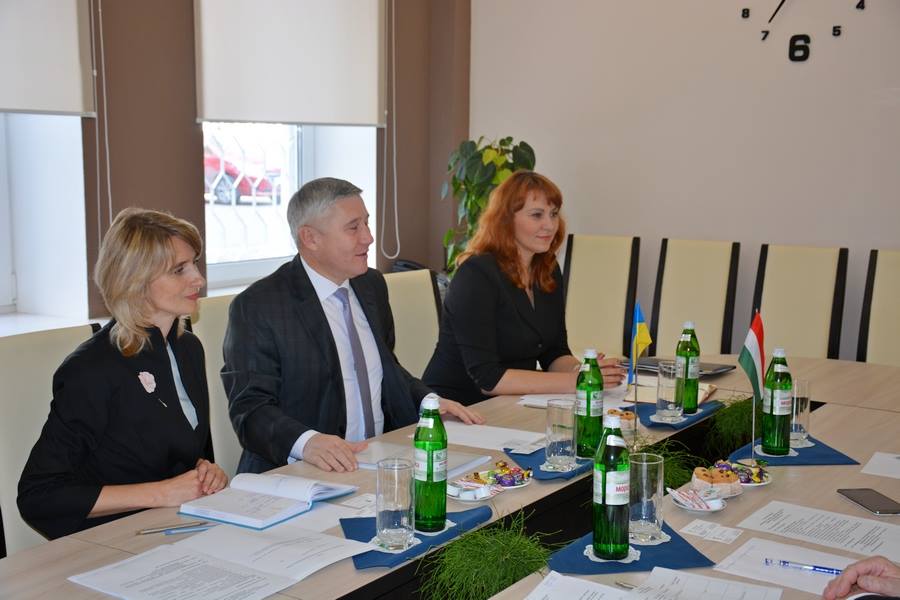 In 1992. Graduated from the Kharkov Institute of Public Catering with a degree in merchandising. In 2000. graduated from the National Law Academy of Ukraine (specialty – jurisprudence). Place of residence: Kharkov region, Kharkov. Standing Commission on Science, Education and Spirituality, Chairman of the Commission. Assigned to the Volchansky district. In 1992 – 1994. – Director of the private company “Romashka” (Kharkov). Since 1994. – Director of store No. 22 of the leased enterprise “Ovoshchevod” (Kharkiv). In 1994 – 1997. – Chairman, legal adviser of the organization of tenants of the trading company “Katran” (Kharkiv). In 1997 – 2005. – Legal adviser of the company “Ukrpromtechinvest” (Kharkiv). Since March 2005. to April 2010. – Deputy Chairman of the Kharkiv Regional State Administration. Since February 2011. – President of the Kharkov Chamber of Commerce and Industry. Wife – Zvereva Nadezhda Stepanovna

Zverev Viktor Aleksandrovich has established himself as an agrarian raider, a lover of elite land plots and the owner of bitcoins. But receiving a salary “like a president” he rarely appeared at meetings. 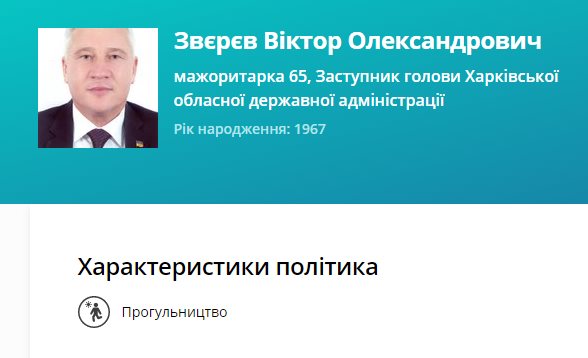 Elite land on the banks of the Pechenezh reservoir in the village of Revolutionary Volchansky district is “traditionally” owned by difficult and very famous Kharkiv residents. A land plot of 2.6 hectares is leased by STK Engineering Systems LLC. Among the founders of this company are the already mentioned Elena Sterina, a deputy of the Kharkiv Regional Council from Solidarity Viktor Zverev, Sergey Kanchenko, Vadim Koshchiy, a relative of Kharkiv Vice Mayor Inna Rudenko, as well as Oksana Gordienko, Olga Mosentseva, Oksana Kulikova and Alexander Rilyakov. 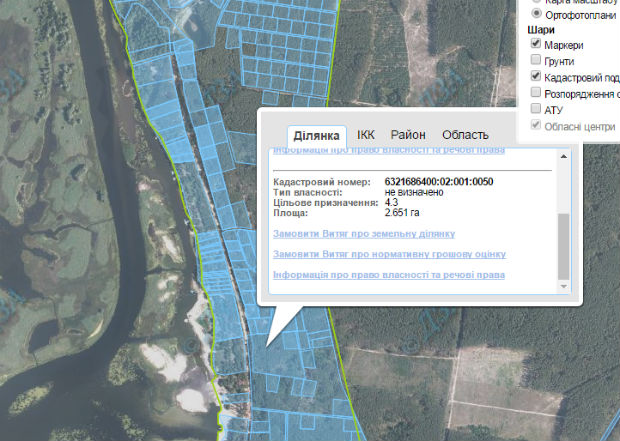 One of the most prominent representatives of the agribusiness of our region is the ex-deputy governor, president of the Kharkov Chamber of Commerce and Industry, and now a deputy of the regional council Zverev Viktor Aleksandrovich. In agrarian circles, he is known not for his agricultural enterprises, but for the fact that he skillfully takes control of state research farms and destroys production in them.. At the same time, Zverev is never responsible for what he did. It cannot be said that Viktor Aleksandrovich is hiding his crimes from anyone – on the contrary, all local officials of Volchansky and nearby areas know about the raiding of the deputy. And many of them also contribute to his illegal activities, not for free, of course. This happens according to the standard scheme: first, the deputy “negotiates” with NAAN on the appointment of his pocket director for a state-owned enterprise, and then it’s all a matter of technology, in the truest sense of the word. As soon as Zverev gains control over the enterprise, he imports his workers and his equipment there.. Because of what, local residents who worked at the state-owned enterprise before lose their jobs. And the existing equipment rusts and is sold at a low price. There is a second version of the scheme: the collection of the state harvest, carried out by the people of the racketeer deputy, while without paperwork. Because of this, the company creates an artificial debt to Zverev's firms and it becomes bankrupt.

Below is a list of enterprises that have been plundered for years under the close supervision of Deputy Zverev: 1. State Enterprise Experimental Farm “Agrarnoe”, with a land area of 10,344 hectares and livestock; 2. State enterprise Experimental farm “Kutuzovka”, with a land area of 9334 hectares and more than 1300 cows, as well as pigs and sheep. 3. Volchanskaya variety research station, with a land area of 335 hectares. Also, the deputy in various forms cultivates the lands of the State Enterprise “Experimental Farm” Elite “, Volchansky College of the KhNTU of Agriculture named after Petr Vasilenko, and the lands of the Institute of Plant Industry named after V. Ya.. Yurieva. The total land area of these organizations is about 3400 hectares. Thanks to shadow processing schemes, Zverev receives millions of dollars in profits, because he does not need to pay for land, or for rent, or for people to work, and even more so to pay taxes. The deputy spends additional income from his scams on the development of his own business and assets.

So in 2019, Agrosvit JLLC, which is owned by Zverev, acquired the Kharkov Dairy Plant, owned by PepsiCo. And since January 2019, Zverev became the beneficiary of Bely Kolodets JV LLC, a sugar factory in the Volchansky district of the Kharkiv region. This is how the deputy, a member of the commission on science, education and spirituality, has been enriching himself for many years at the expense of state property and the most valuable thing that the Ukrainian people have – land. 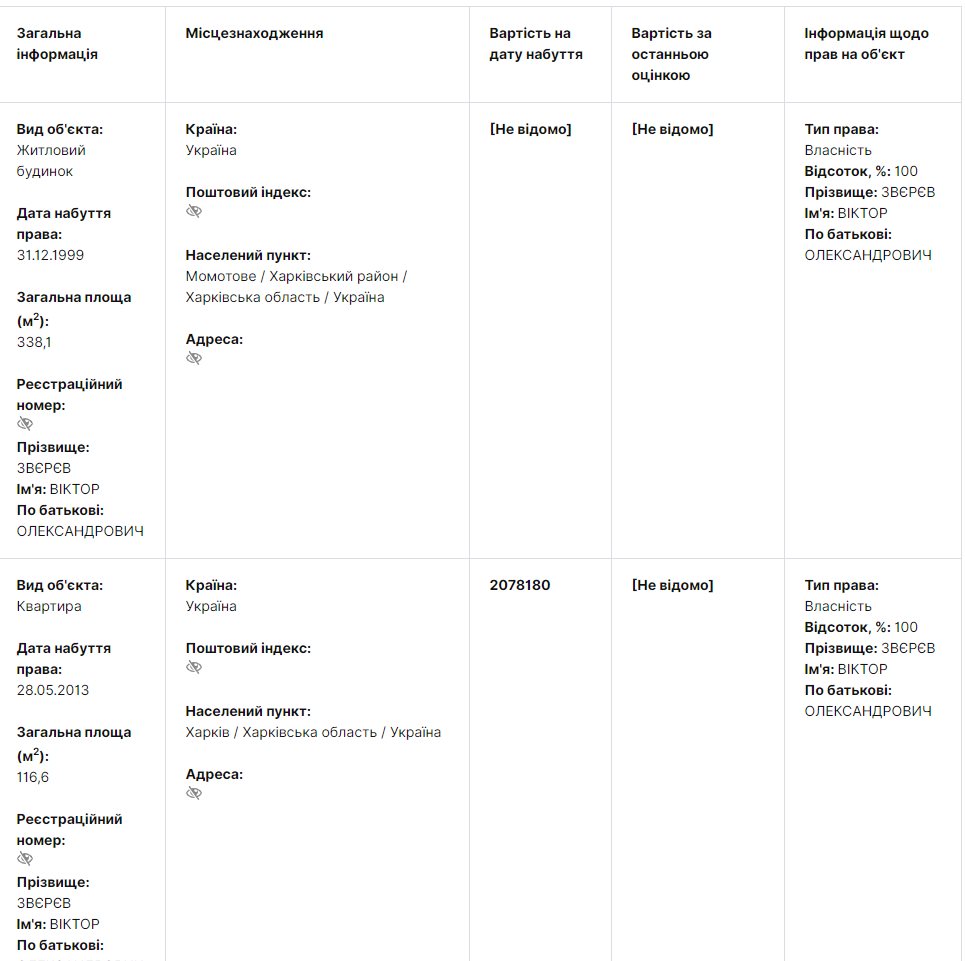 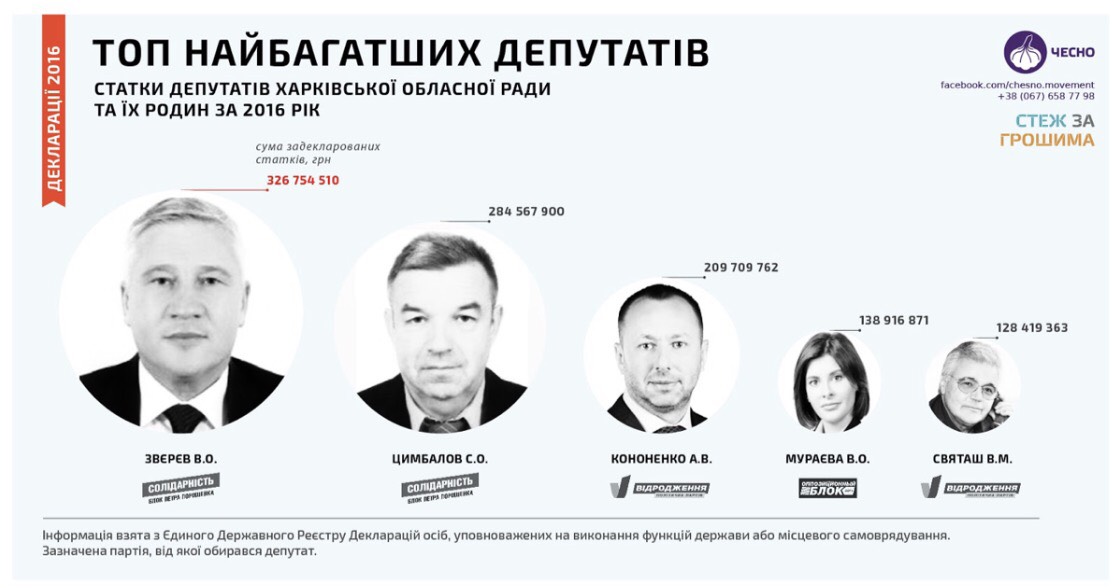 Zverev is a typical official, with land ambitions. Raider attacks on agricultural enterprises are his “element”. Elite land holdings, expensive cars, and the presence of bitcoins seem to show him as a self-sufficient and wealthy person, but how did he get these riches?