The impudence of the "Servants of the People" knows no bounds. Ruslan Stefanchuk, living in his mother-in-law's apartment, takes compensation from the state for housing, pretending to be homeless. In addition, despite the prohibitions on "nepotism" in politics, Ruslan Stefanchuk, together with his brother Nikolai, are "servants of the People", and they turn a blind eye to this problem. 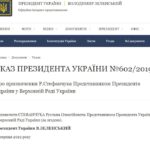 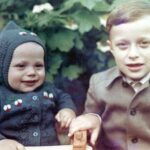 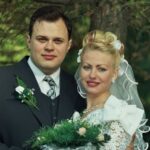 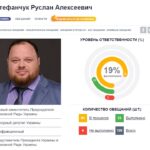 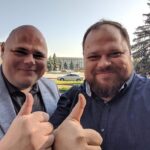 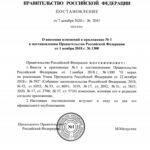 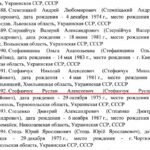 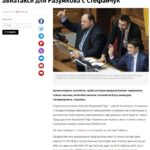 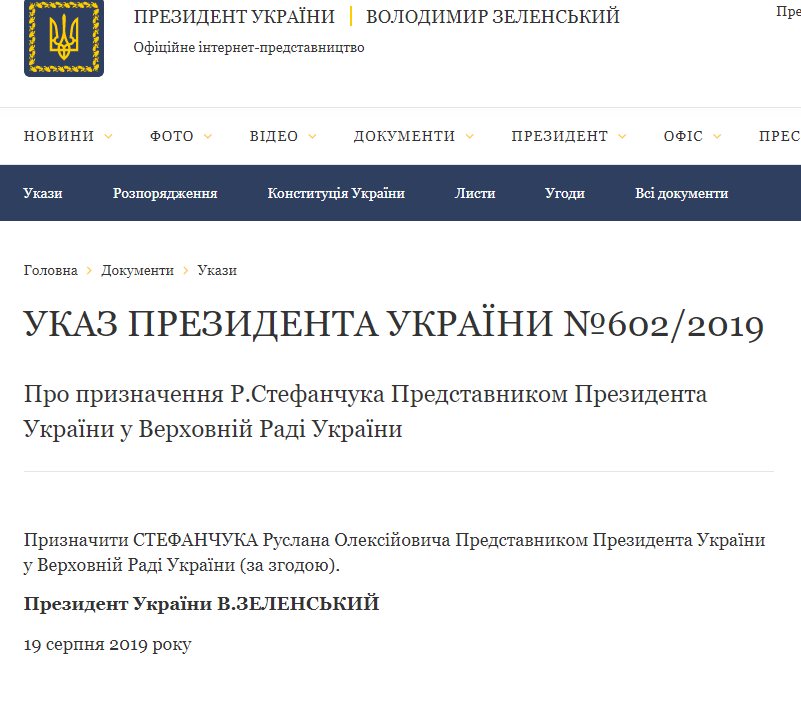 Since August 29, 2019 – People's Deputy of Ukraine. Note that this is not Stefanchuk's first entry into politics.. He made an attempt to become a servant of the people back in the mid-2010s, but was not particularly successful. Stefanchuk is a former assistant to the people's deputy from the BPP Anatoly Matvienko (uncle of the scandalous schemer Sergei Berezenko).

Father – Alexey Ivanovich Stefanchuk. Chief orthopedist-traumatologist of Khmelnitsky. Honored Doctor of Ukraine. Author of a number of scientific articles in reputable medical publications, specializes in polytrauma. Mother is a doctor of the highest category, a gastroenterologist at Khmelnitsky polyclinic No. 1. Nikolai Stefanchuk – younger brother. Elected as a deputy of the Verkhovna Rada of the IX convocation in the 187th majoritarian district (Khmelnitsky) from the Servant of the People party. Member of the faction of the same name. Honored Lawyer of Ukraine, Associate Professor. Since 2016, she has been working as a teacher at Taras Shevchenko National University of Kyiv. 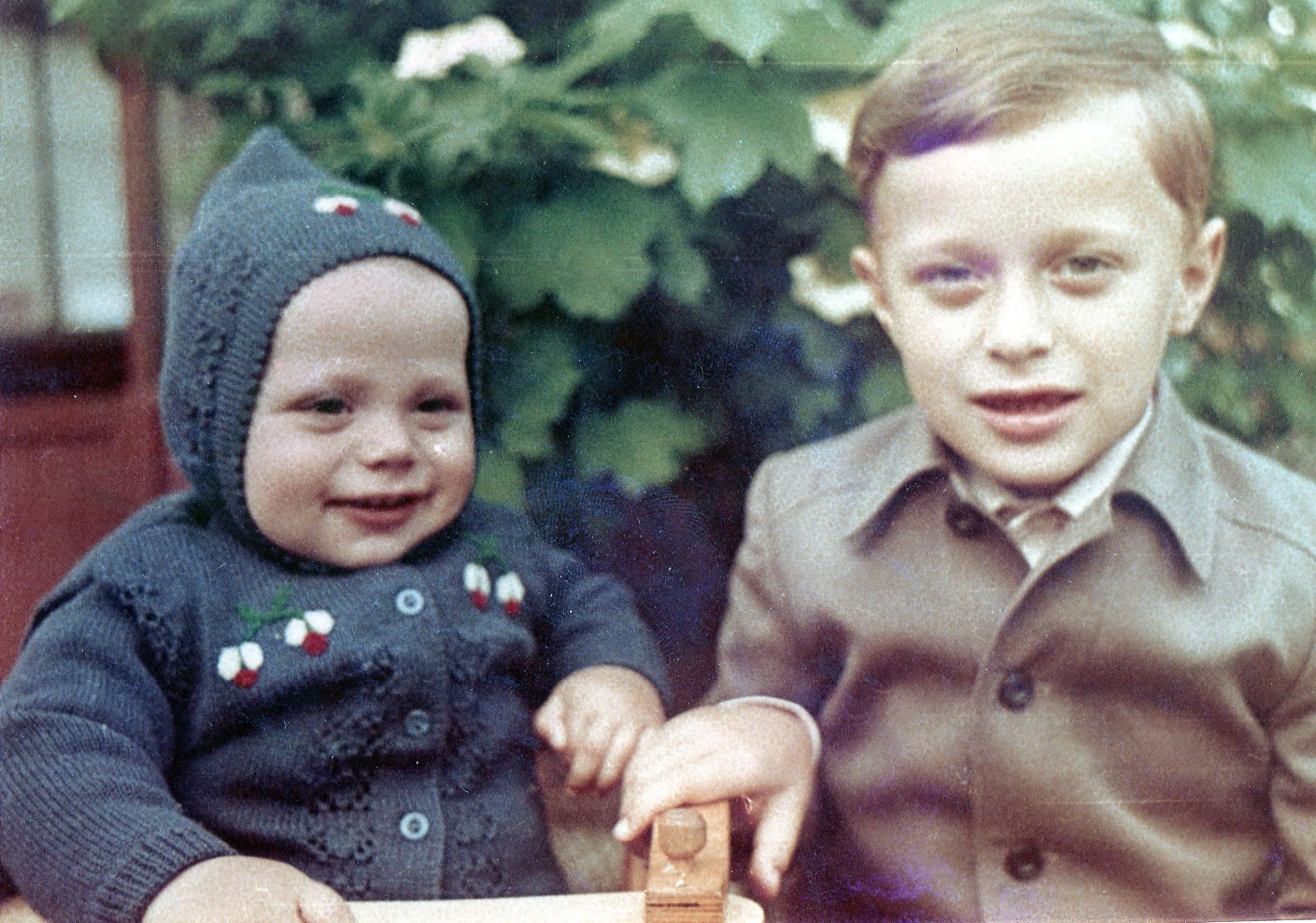 Wife – Stefanchuk Marina Nikolaevna. Lawyer, educated at Khmelnitsky University of Management and Law. Works as a lecturer in economic universities in Kyiv and Ternopil. 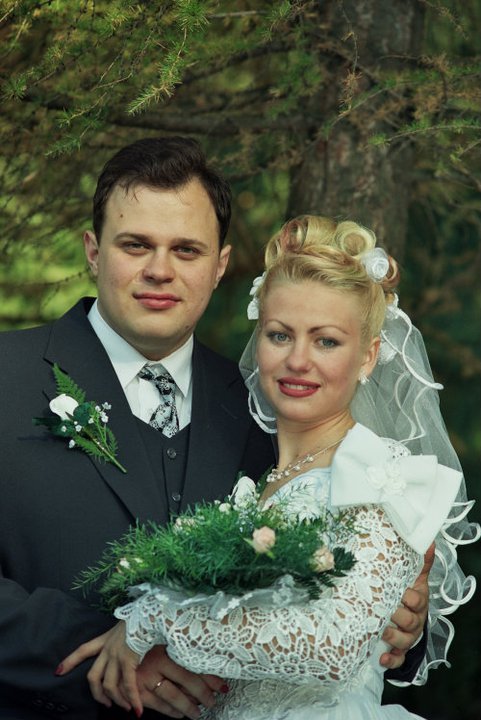 The family brings up two children – son Olesya and daughter Zlata. Regalia. In 2000 he defended his thesis for the degree of candidate of legal sciences, in 2008 – the thesis for the degree of doctor of legal sciences. Doctor of Law degree awarded in 2008. The academic title of associate professor was awarded in 2000, professor – in 2008. In 2009 he was elected a corresponding member of the Academy of Legal Sciences of Ukraine. Not official biography 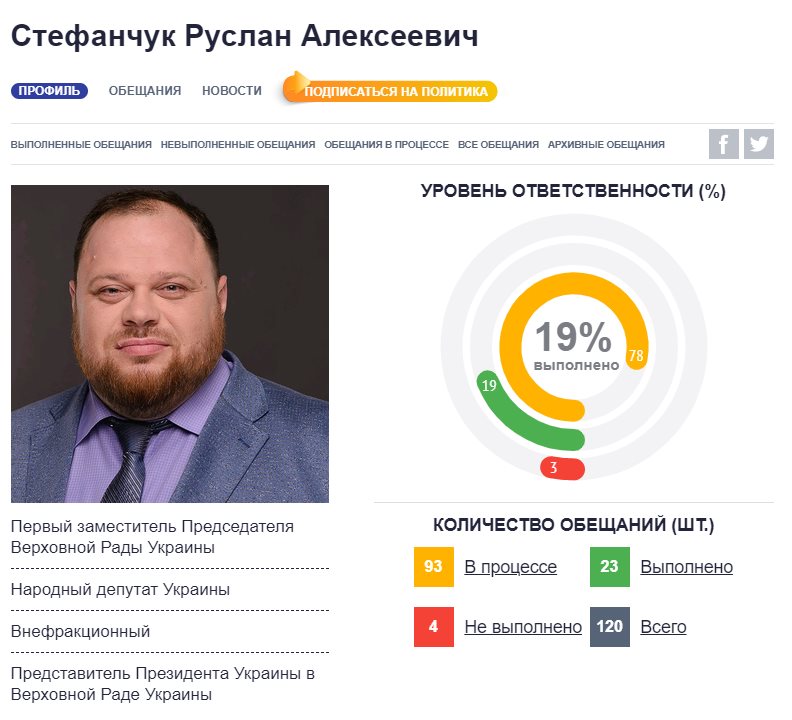 According to KV, Stefanchuk and his brother were assigned to Lviv and Khmelnytsky regions as curators. On September 17, 2019, Ruslan Stefanchuk submitted to the Verkhovna Rada draft law No. 2148 “On Amendments to Certain Legislative Acts of Ukraine Regarding the Provision of Personal Voting by People’s Deputies of Ukraine”, which provides for criminal liability in the form of a fine for “button pressing”. 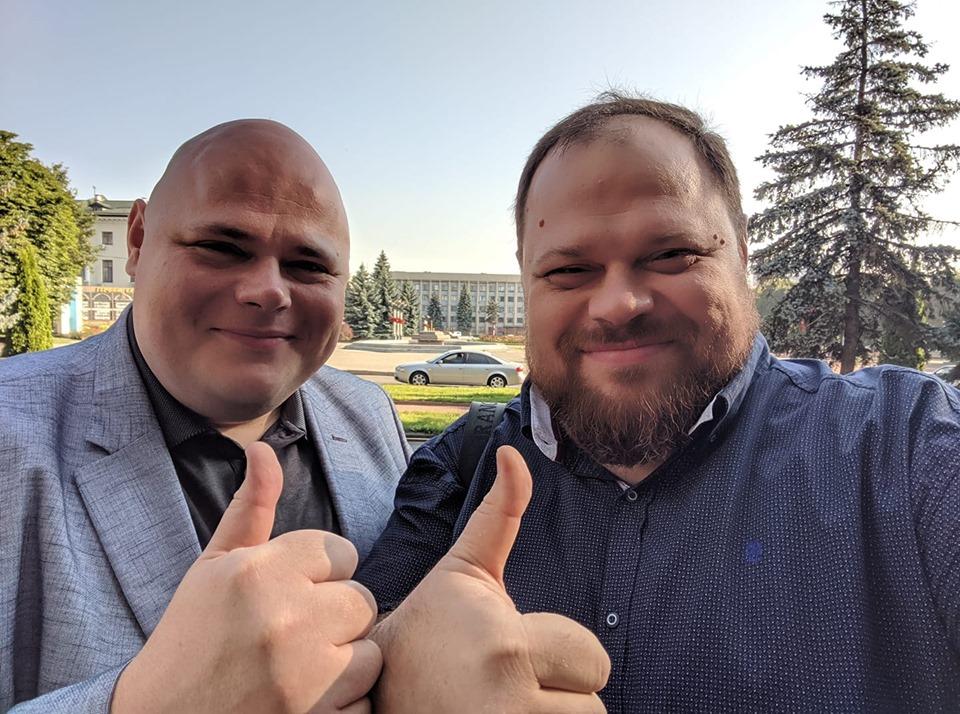 On October 3, 2019, before a meeting of the Servant of the People faction at the Parkovy Exhibition and Convention Center, as Ukrinform reported, Ruslan Stefanchuk said: “Our task number one is … to develop a completely new Regulation, which would be a set of procedures that would provide an opportunity for preserving the rights of the majority and the opposition ensure that issues are dealt with quickly and dynamically. Because otherwise we will turn, again, into a legal jam, where there will be a process for the sake of a process, where any code is introduced and “dies” under five thousand amendments. This should not be” and added that the current Regulations of the Verkhovna Rada are “a blood clot for any issues.” On December 19, 2019, the law was adopted and on January 13, 2020 was signed by President Zelensky. However, this did not save the Verkhovna Rada from the need to adjust the regulations – on April 16, 2020, the Parliament adopted draft law No. 1043 “On Amendments to the Regulations of the Verkhovna Rada of Ukraine on Combating the Abuse of the Rights of People's Deputies during the Legislative Procedure”. The law had to be adopted after the so-called. “Anti-Kolomoisky law” No. 2571-d (according to which the former owners of withdrawn from the market or liquidated banks will not be able through the courts to obtain the return of rights to these banking institutions), the deputies make more than 16 thousand amendments and practically “spamed” the work on it. At the end of March, the Verkhovna Rada completed the scandalous procedure for the adoption of bill No. 2178-10 (the so-called. “law on the land market”). On March 27, at a meeting of the Servant of the People faction, compromise amendments were agreed: no more than 100 hectares in one hand for individual citizens of Ukraine, a ban on foreigners buying land before the relevant referendum is held and not alienating state and communal lands. According to a KV source, Dmitry Razumkov still did not want to get dirty in a dubious story, so it was Stefanchuk who had to complete the consideration of amendments to the law. “He (Stefanchuk, – KV) doesn’t care at all. He and his group in our faction are on the salary of Andrey Verevsky (deputy of the Verkhovna Rada of the IV-VII convocations, self-nominated, BYuT, PR; co-owner of Kernel Group; according to KV, donor of the Doverie deputy group). He must finish this story, ”said the people’s deputy from the Servant of the People. And so it happened. Ruslan Stefanchuk, constantly urging deputies to put on masks, carried out revision after revision, ignoring the furious attacks of opponents of the adoption of the law. After midnight, parliamentarians from the Opposition Platform for Life and Batkivshchyna told Stefanchuk several times that the deadline for the extraordinary session had expired, because March 31 was already on the clock. But the first vice-speaker pretended that nothing was happening – and stubbornly continued voting for the amendments, after which, ignoring the fact that people's deputies from the Opposition Platform for Life began to accumulate near the presidium, he put bill No. 2178-10 to the vote – in second reading. The scoreboard showed 259 votes in favor, and on the anniversary of the first round of presidential elections, Vladimir Zelensky fulfilled the key point of his economic program, announced in September last year, to launch the “land market”.

Deputies are compensated for housing rent or payment for a hotel room if they are not provided with housing in Kyiv or are registered at a distance of more than 30 km from the city borders. First Deputy Chairman of the Verkhovna Rada Ruslan Stefanchuk filed the annual declaration for 2018 as deputy director of the state organization National Office of Intellectual Property. According to his declaration, Stefanchuk has been living in an apartment of 101.8 square meters since 2012, owned by Tatiana Sitaruk. Stefanchuk's wife had the surname Sitaruk before marriage, as evidenced by data from social networks. Also, according to journalists, Tatyana Sitaruk is the mother-in-law of the first deputy speaker of parliament. In the “Honestly” comment, Ruslan Stefanchuk confirmed that he still lives in this apartment.

As previously reported, the latest version of the list included: Chairman of the Verkhovna Rada Dmitry Razumkov, his first deputy Ruslan Stefanchuk, head of the Ukrainian delegation to PACE Yelizaveta Yasko. 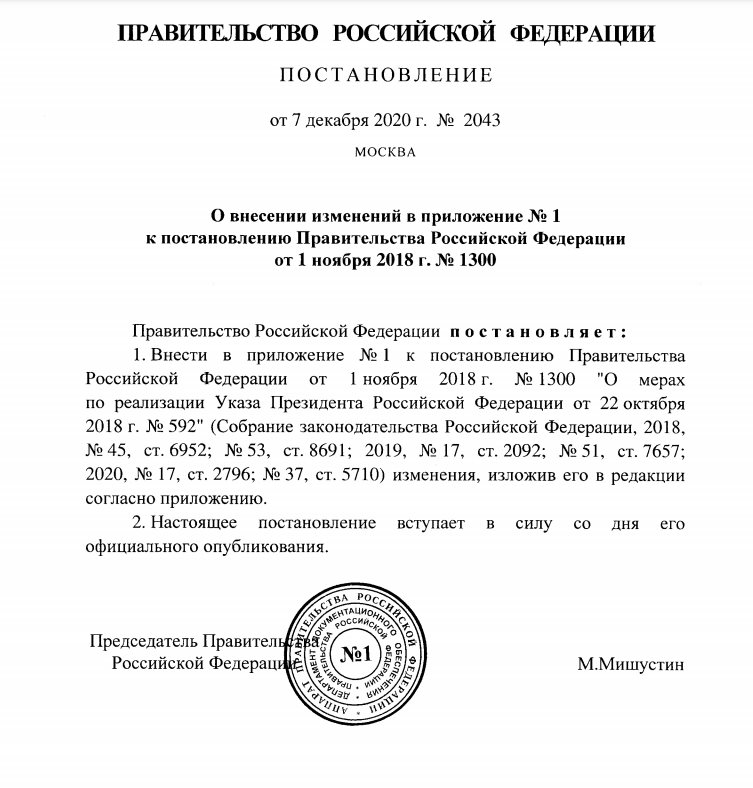 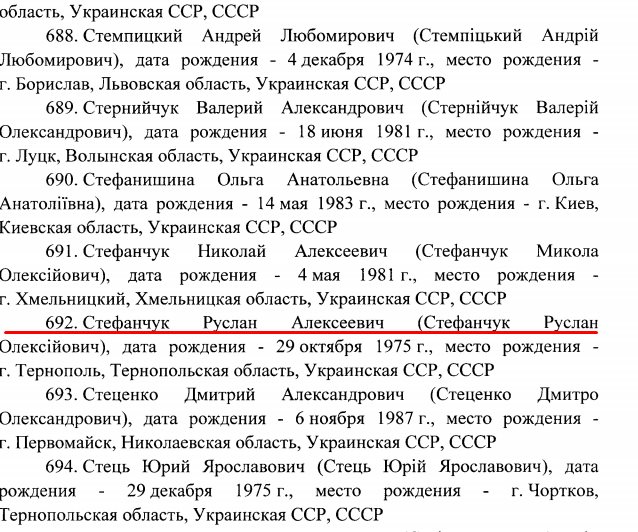 Tishchenko closed Stefanchuk's laptop during a meeting of the Rada.

People's Deputy from the “Servant of the People” Mykola Tyshchenko during a meeting of the Verkhovna Rada of Ukraine on Thursday, June 3, closed the laptop of the First Deputy Chairman of the Parliament Ruslan Stefanchuk. After that, the politician returned to the VR hall, giving “five” to several of his colleagues on the way.

The incident happened a minute before the people's deputies voted on bill No. 4651 – on the restoration of imprisonment for lying in declarations. Photo and video of the incident was recorded by the photojournalist of “Apostrophe” Roman Petushkov. It is noted that during the antics of the “servant” part of the deputies supported Tishchenko, joyfully shouting: “Kolya, Kolya!”. The people's choice himself, closing Stefanchuk's laptop, smiled.

It was stated by President Volodymyr Zelensky that the poll on election day will not be conducted from the state budget. According to Ukrinform, Ruslan Stefanchuk, First Deputy Chairman of the Verkhovna Rada, Representative of the President in Parliament, said this on the air of the Right to Power program. “This is not a question from the state budget, but who will pay for it. I think you will have the opportunity to ask the same question when the President is in Parliament. This is the prerogative of the President of Ukraine. I can’t say now at whose expense it will be,” Stefanchuk answered the question about the source of funding for the survey. The representative of the President in the Parliament assured that both the method of conducting the all-Ukrainian poll proposed by the President for October 25, 2020 and, accordingly, the method of financing will be made “in full accordance with the law.” At the end of the program, he did not rule out that the President would pay for the survey himself. “This is a possible option,” Stefanchuk said. Scandal with Lyashko on the show “Freedom of Speech”. This time the leader of the “Radical Party” Oleg Lyashko decided to distinguish himself, who in one evening quarreled with two politicians during the broadcast of the program “Freedom of Speech by Savik Shuster”.

The second person Lyashko bickered with on the show was Ruslan Stefanchuk, First Vice Speaker of the Parliament. The leader of the “Radical Party” announced “suitcases of money” that are monthly brought to each “Servant of the People”. – I'm not afraid (of my words). Pass the polygraph you and your faction. 246 deputies. (All of them) take money every month. Minimum 8-10 million dollars per month. It comes out to 200 million dollars a year, – said Lyashko. Stefanchuk in response asked Lyashko about winning the lottery.

The whole family in politics

The brother of MP Mykola Stefanchuk became the first vice-speaker of the parliament. In the parliamentary elections on July 21, Ruslan Alekseevich was number two on the party lists of the Servant of the People, and his brother, Nikolai, in district No. 187, in Khmelnitsky. Both became people's deputies. And today Ruslan Stefanchuk was elected by 330 votes as the first vice-speaker of the parliament. All elected representatives from Khmelnytsky voted “for”. The exception is his brother Nikolai, who, according to the roll call data published on the Verkhovna Rada website, did not vote. The Verkhovna Rada paid UAH 20 million. for air taxi for Razumkov and Stefanchuk 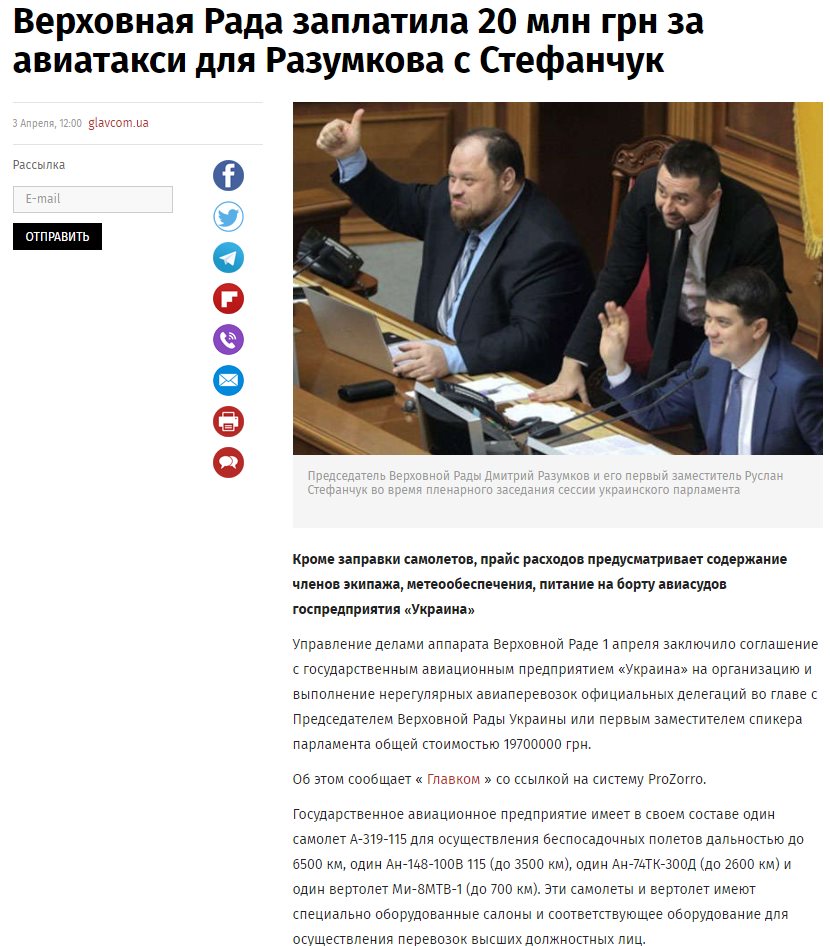 According to the document on income for 2018, the politician owns two land plots – one in the Khmelnytsky region, the second – in the Kyiv region. And also the people's deputy indicated in the document two apartments in Khmelnitsky, a collection of jewelry, scientific literature and an old icon. Stefanchuk drives a modest car by deputy standards – Renault Koleos 2012. The MP's wife – on Renault Captur 2015. In 2018, Ruslan Alekseevich earned 700 thousand hryvnias, and Marina Stefanchuk earned 70 thousand hryvnias. The main income of the spouses is business and teaching. According to the financial status document, none of the Stefanchuk family has deposits in banks.. True, they keep money in cash – 96 thousand hryvnias, 22 thousand euros and 64 thousand dollars.

The impudence of the “Servants of the People” knows no bounds. Ruslan Stefanchuk, living in his mother-in-law's apartment, takes compensation from the state for housing, pretending to be homeless. In addition, despite the prohibitions on “nepotism” in politics, Ruslan Stefanchuk, together with his brother Nikolai, are “servants of the People”, and they turn a blind eye to this problem.