Ukrainian politician, people's deputy of the 9th convocation. Chairman of the Board of ...

appears in the media and holds meetings with volunteers ...

Traitor of the country, swindler ...

How Anna Anatolyevna got to the "Servants", every journalist wondered. But a plausible explanation for this situation is the connection with Igor Kolomoisky, since they are both from Dnipro. And of course, according to all the criteria, Purtova was quite suitable for the role of "Servant of the People". She has extensive experience in fraudulent activities. So, Anna Anatolyevna in the recent past, with the help of her own company "Eniway" in Russia, robbed students. The company promised employment abroad, of course, not for free, and then simply did not fulfill its obligations. In addition to fraud, it is worth noting that the business was located in Russia, and taxes went to the treasury of a foreign country. 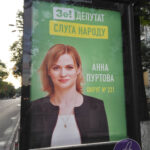 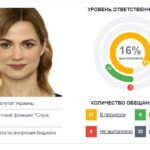 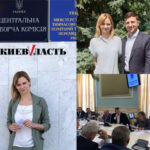 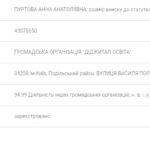 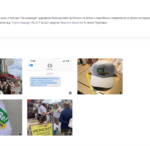 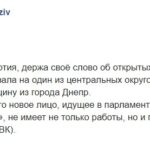 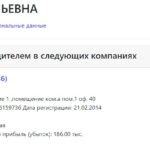 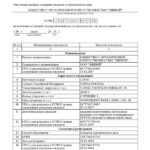 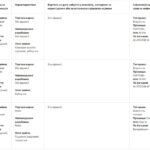 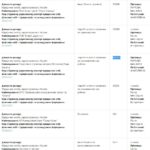 Okrug No. 221, Pechersky district) – the developer of the concept of e-education. Engaged in entrepreneurial activities in the field of information technology and digital. Founder of the Kyiv company “Anyway”, which organizes the training of students abroad. 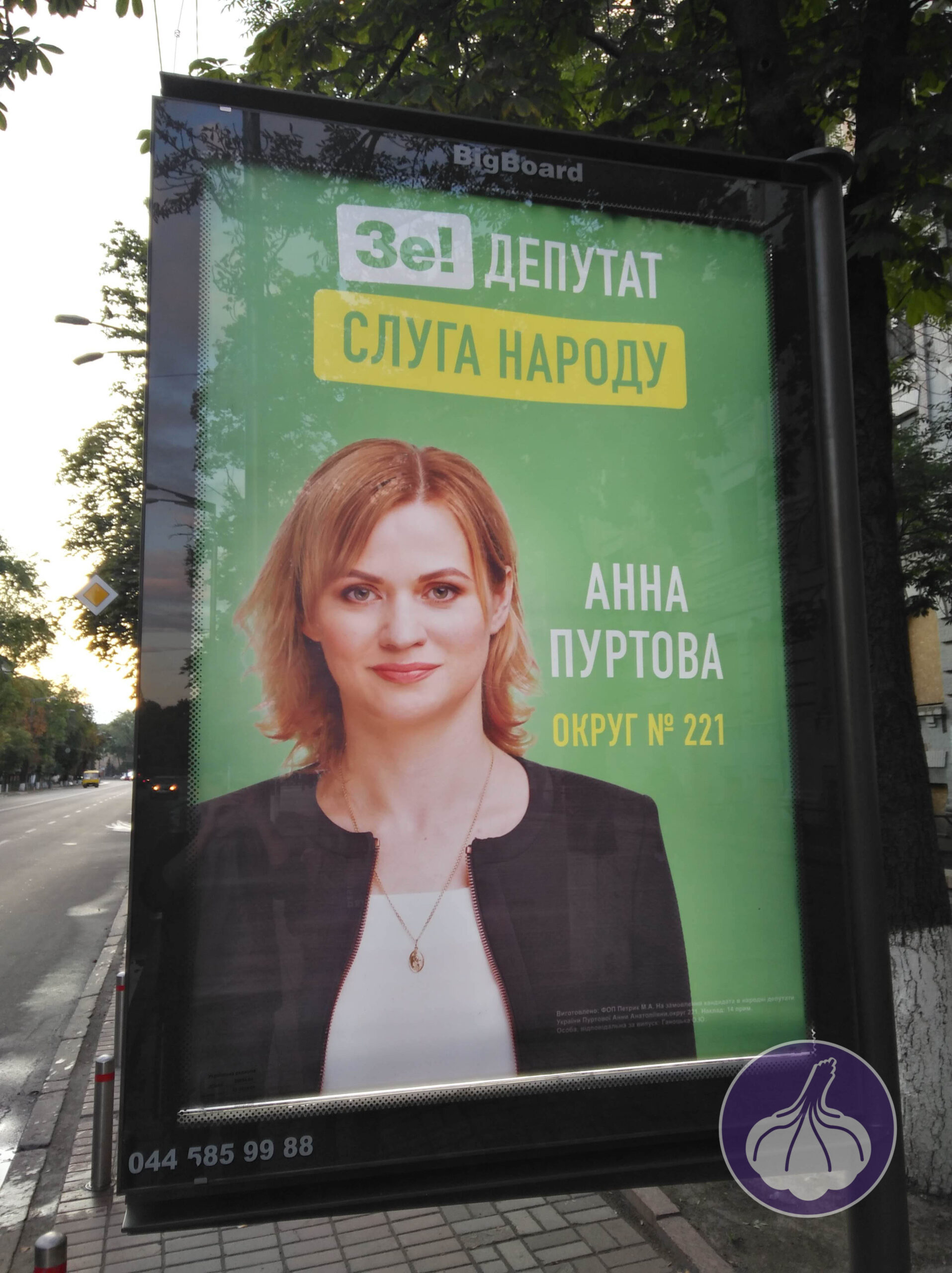 She was born on April 15, 1982 in the Dnieper in the family of a German language teacher and designer of Yuzhnoye Design Bureau.

In 2004 she graduated from Dnipropetrovsk National University, simultaneously with honors two faculties – international economics and law.

Mother is a teacher of German language and literature at the university. Father is a rocket engineer at the Yuzhnoye Design Bureau. Husband – Papuk Sergey Valerievich Anna Purtova brings up two daughters – Tatiana (2008) and Maria (2015)

• From the age of 22, Anna began to engage in entrepreneurial activities, exported food products to Ukraine from European countries. • Since 2008, she has been engaged in the restaurant business, as well as investment consulting. • Worked in advertising and PR. Developer of the concept of e-education. • In 2018, she was involved in the creation of the free online library Listen. 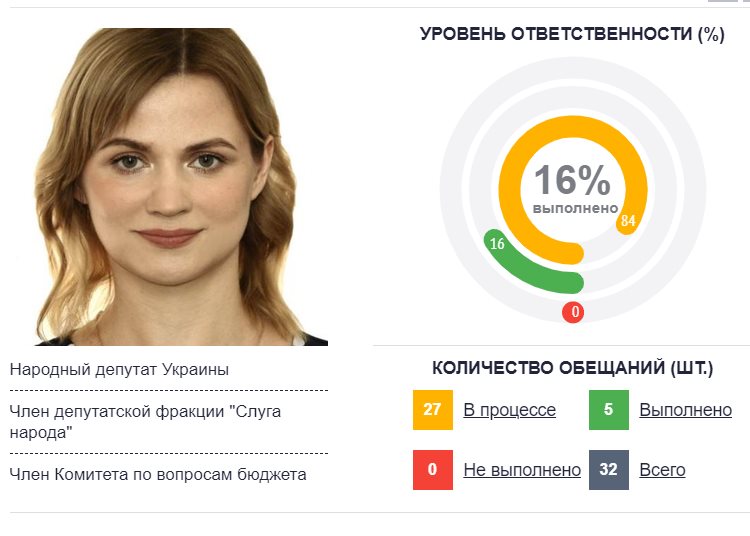 • In the early parliamentary elections in 2019, she entered the Verkhovna Rada in the 221 majoritarian districts in Kyiv as a representative of the Servant of the People party, defeating Leonid Yemets in the elections, gaining 22% of the vote. • During the election campaign, she met with President Volodymyr Zelensky, with whom she spoke about the fact that the illegal development of Kyiv is destroying its historical heritage. 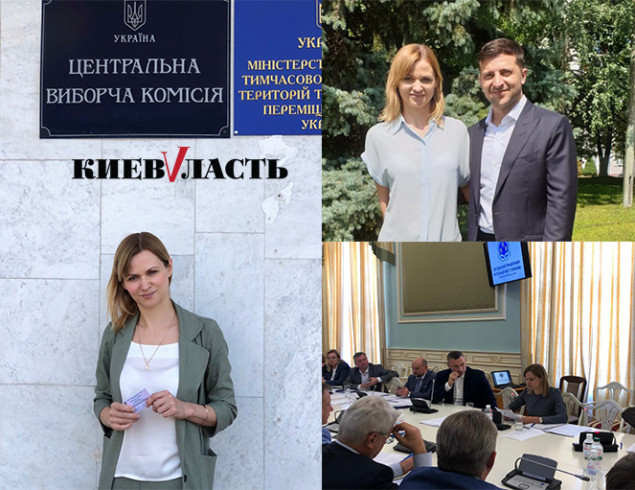 • She also advocates small business development, which she says is the backbone of a healthy economy. • In her election campaign, she announced her intention to turn Kyiv into a city without drug advertising on the walls, without garbage that should disappear with the old politicians. • Anna Purtova also wants to change the situation with labor migrants. According to her, young, talented people are forced to leave Ukraine, because they do not see prospects in their homeland.. Therefore, one of the main tasks of Ukrainian politics now is the struggle for the prospects of youth in Ukraine.

Anna Purtova for a short period, being a deputy of the Verkhovna Rada, has already “distinguished herself”. It turned out that Anna Anatolyevna, a fraudster who literally robbed students, and in addition is a protégé of Igor Kolomoisky, has a business in Russia, where she actually robbed unfortunate students. And now more about everything: 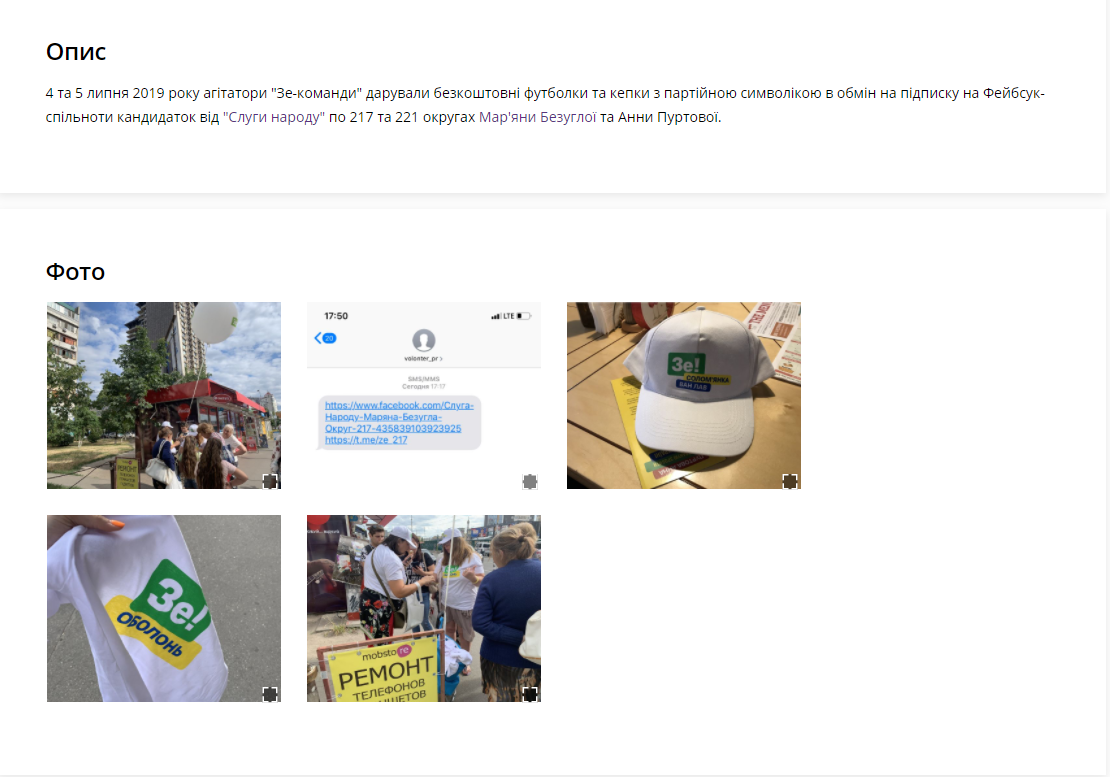 From the unemployed to the deputies: in the capital district from the “Servant of the People” a woman from Dnipro is running

Interesting facts and interesting candidates emerge during the election campaign to the Verkhovna Rada. So, in Kyiv, Anna Purtova, a member of the Servant of the People party, is running in single-mandate constituency No. 221. This district includes Pechersky, part of the Solomensky and Shevchenkovsky districts of Kyiv. Such a candidate was noticed by the former deputy chairman of the Sevastopol City State Administration Dmitry Baziv, about which he wrote on the social network Facebook.

Servant of the People candidate in district 221 Anna Purtova involved in fraud, blogger

Candidate for people's deputies from the Servant of the People party in 221 majoritarian districts in Kyiv Anna Purtova is involved in fraud. In addition, she paid taxes to the budget of the Russian Federation for several years.. Blogger Vladislav Zborovsky stated this in his video. “Vladimir Alexandrovich, you once said that a cat in a poke is better than a wolf in sheep's clothing.. So, you missed the wolf! Purtova Anna Anatolyevna – candidate from your party “Servant of the People” of Kyiv 221 Caves district. There is every reason to believe that this candidate deceived more than a hundred people all over Ukraine with the Work&Travel program,” the blogger said.

According to Zborovsky, Purtova took money from students allegedly for getting a job abroad under the Work & Travel program, but did not fulfill her obligations. According to the documents provided by the blogger, several criminal proceedings have been opened against Purtova's company in connection with this. “Moreover, her company ANYWAY has been active in business and paying taxes over the past few years in Moscow,” the blogger noted. He also placed under the video series links with evidence that Purtova really has companies registered in the Russian Federation. “And now this same candidate calls himself a “patriot of Ukraine” and says that he will change it. How? Just like my reputation on the Internet, shutting the mouths of Ukrainians and publishing fake reviews through my own company Online Reputation? We have collected a complete list of evidence of her fraudulent activities.. Most of the information was collected from government websites,” Zborowski summed up. 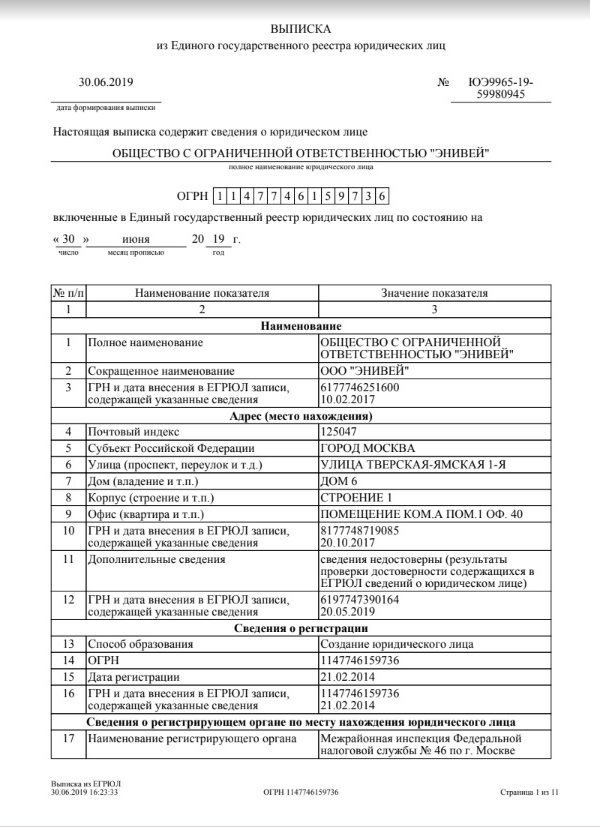 After Purtova was registered as a candidate for people's deputies, some publications reproached her for hiding biographical data and noted the confused story of her appearance in Kyiv.

Due to the fact that Anna Purtova is a native of the Dnieper, she is associated with the oligarch Igor Kolomoisky. According to other sources, Vasily Khmelnitsky, a prominent Kyiv businessman, personally lobbied for Purtova's nomination under the obligation to take over all the financing of her election campaign.. However, according to KV information, Purtova's nomination from the Servant of the People was of a very random nature.

Purtova declared one non-residential premises worth UAH 580,750, but the date of purchase was not specified. And also, one apartment in the property of 54.2 m. sq. , and the second marked as “other right of use” 69.7 m. sq. , and residential building 120 m2. The price of this property was not provided by the declarant. Of the jewelry, there are two rings and earrings, the cost and brand are not indicated, Anna Anatolyevna's husband has a Rolex watch. 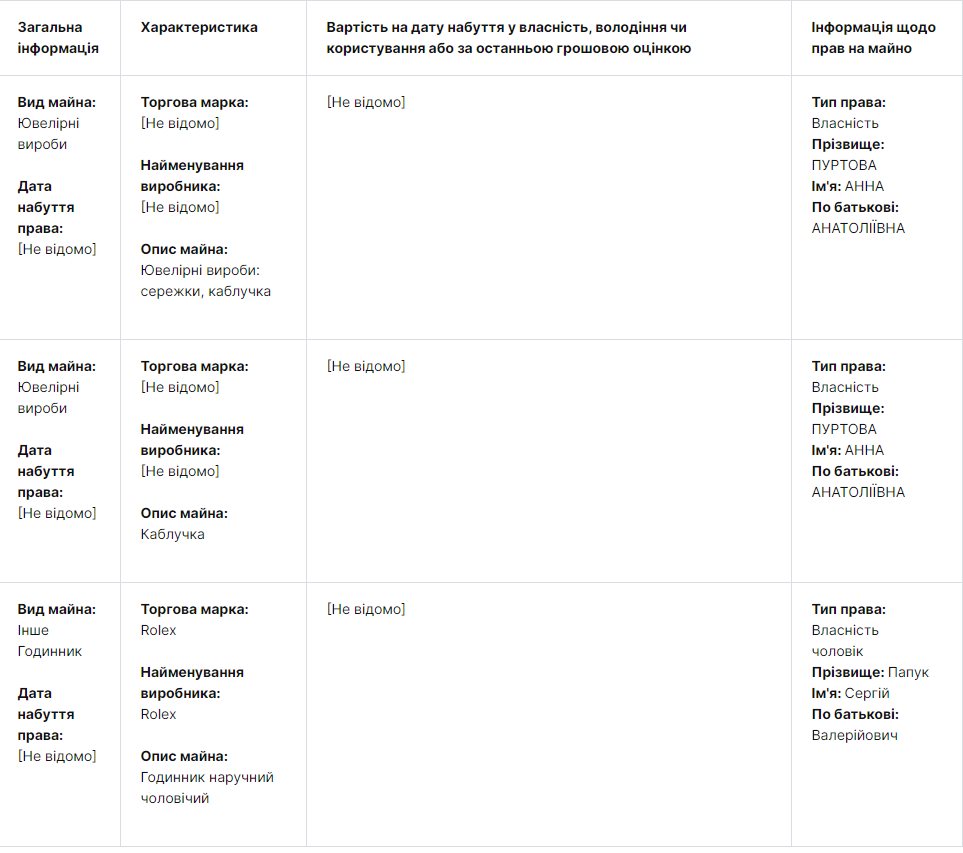 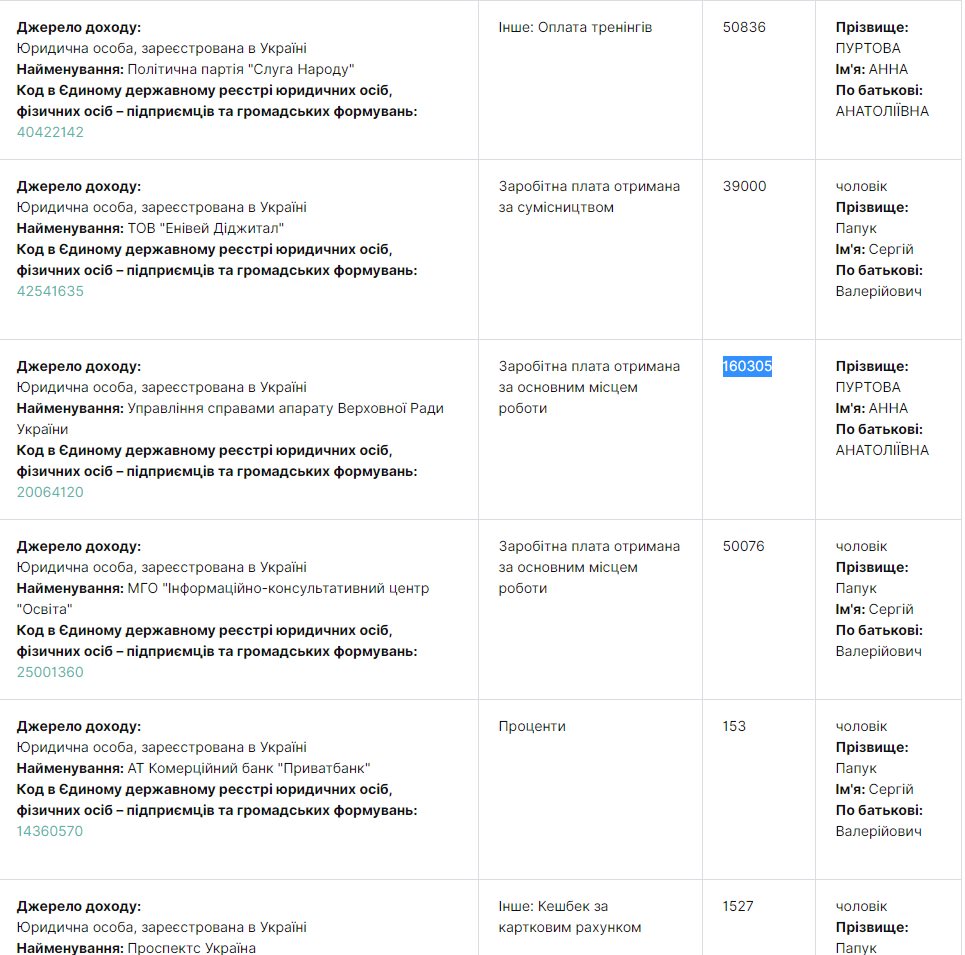 Unfortunately, the Servants of the People are showing their dark side more and more.. Anna Purtova, a deputy from the “valiant” servants, once again proved this. Business in Russia, fraud, possible connections with Kolomoisky, this is enough to draw certain conclusions.