Gleb Prygunov is a rather odious person. By all accounts, a pediatric surgeon should evoke the image of a savior hero, but in the case of Gleb Aleksandrovich, we see a cynical villain. His conscience left him completely when the project "Book of Memory" dedicated to the Holodomor appeared. After all, according to the documents, the money for writing this book was paid to specialists and researchers, but in reality it was distributed among "their own". In the meantime, the money was divided into pockets, the students voluntarily-compulsorily collected information from eyewitnesses. Also, the friendship of Prygunov with the crime boss Petrov raises many questions, because journalists have noticed them together more than once. It is impossible not to recall the false information in the declaration. NABU is interested in the declaration of Gleb Alexandrovich. 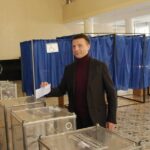 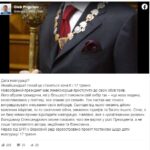 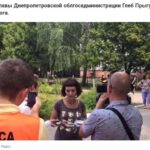 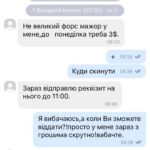 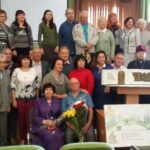 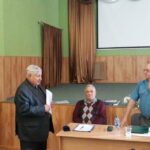 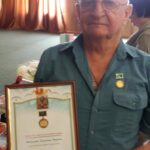 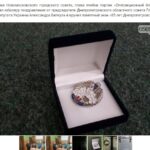 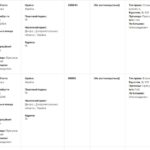 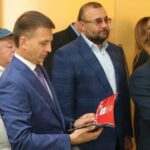 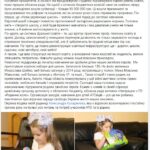 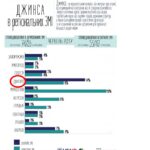 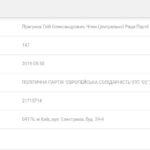 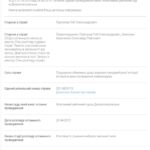 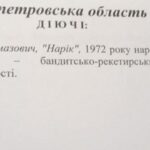 The wife of Gleb Prygunov is Yulia Burduzha, whom the future head of the regional council met while studying at the medical academy. They got married in their fourth year.. However, in the dossier of Gleb Prygunov, along with these honorable facts, there are corruption scandals, connections with criminal authorities and a dubious declaration of income.

The head of the Dnipropetrovsk Regional Council, Gleb Prygunov, published on the social network his photo at the polling station with an unrolled ballot. “The mistake did not go unnoticed, and the photo quickly spread across social networks.. Later, Gleb Prygunov removed the photo, but the photo has already managed to scatter over the network, the Informator website notes. 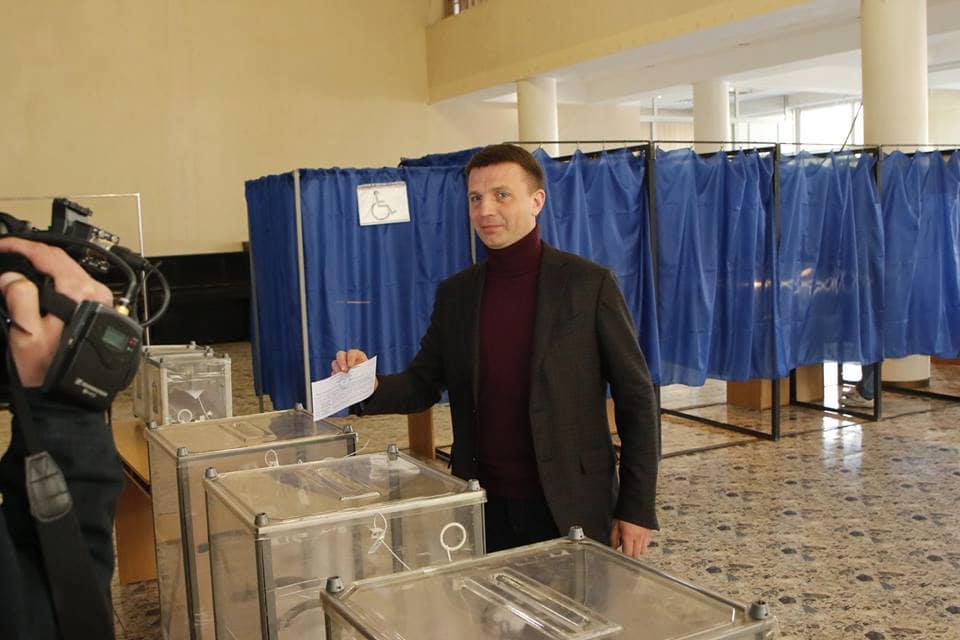 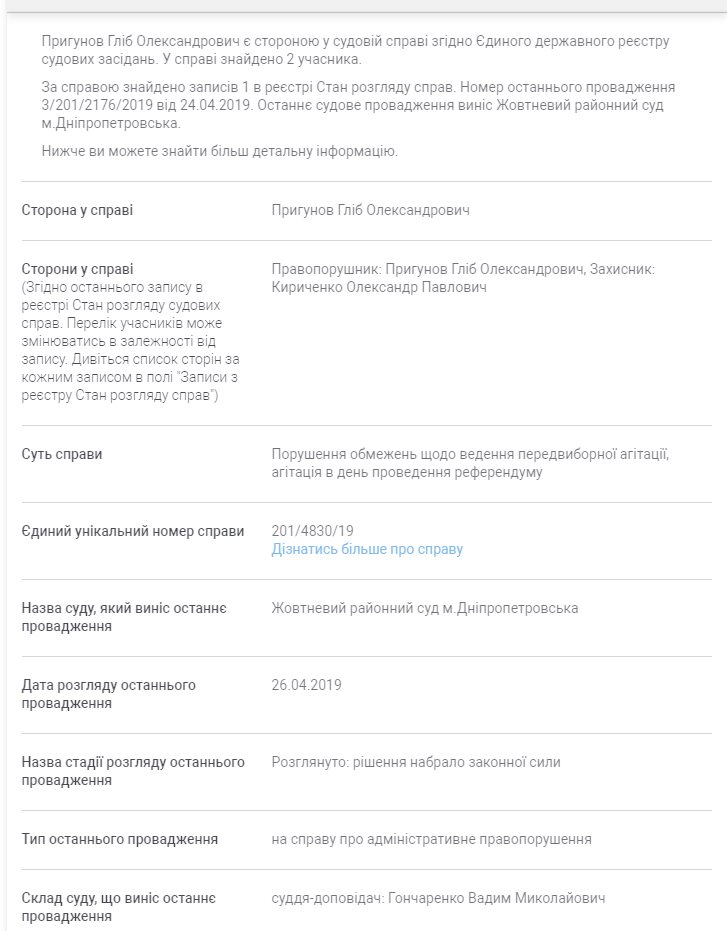 And after summing up the results of the elections, Prygunov demanded that the parliament set the date of the inauguration as soon as possible so that the newly elected head of state would quickly take up his duties. This gave reason to reproach the politician that he again went over to another political camp. 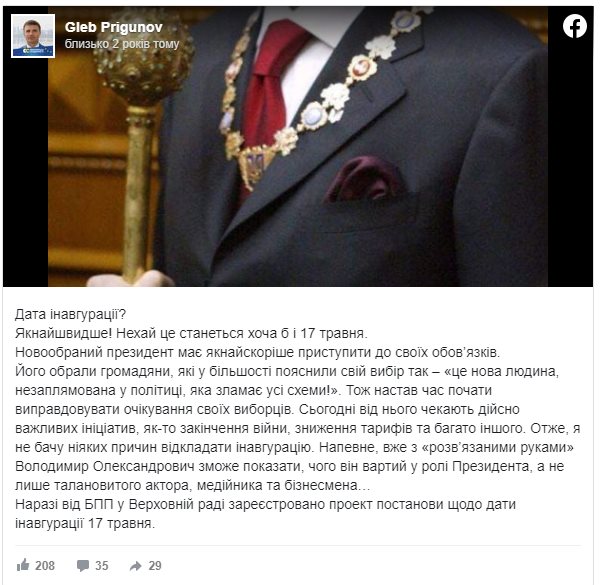 In Chernihiv, deputy governor of Dnipro Gleb Prygunov was detained for beating a sociologist Prygunov. 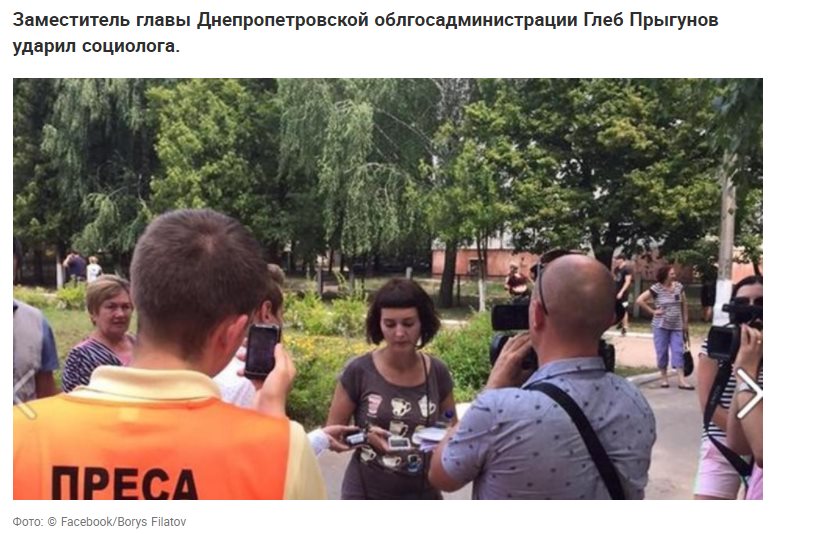 “The hooligan was detained by the police and is sitting in a minibus under guard. Deputies from the BPP Kuryachiy, Pavelko and Matvienko came to rescue their brother,” Filatov wrote on his Facebook page. As you know, Prygunov is a deputy of the Dnepropetrovsk regional council and chairman of the regional organization of the Petro Poroshenko Bloc party.

In the Dnipropetrovsk region, they collect money from the heads of districts “for the needs” of the head of the regional council

In the Dnipropetrovsk region, scammers call the heads of district councils and ask them for money on behalf of the head of the Dnipropetrovsk regional administration Gleb Prygunov. Prygunov himself told about this. “Yesterday, on my behalf, the scammers asked the chairmen of the district councils to transfer money to the card. Allegedly, I have some kind of force majeure and I borrow money,” the official wrote on his page on the social network.. According to Prygunov, at first the leaders of the districts were allegedly called by his assistant, then allegedly by himself. However, the people who were called know Prygunov's voice and suspected deception. 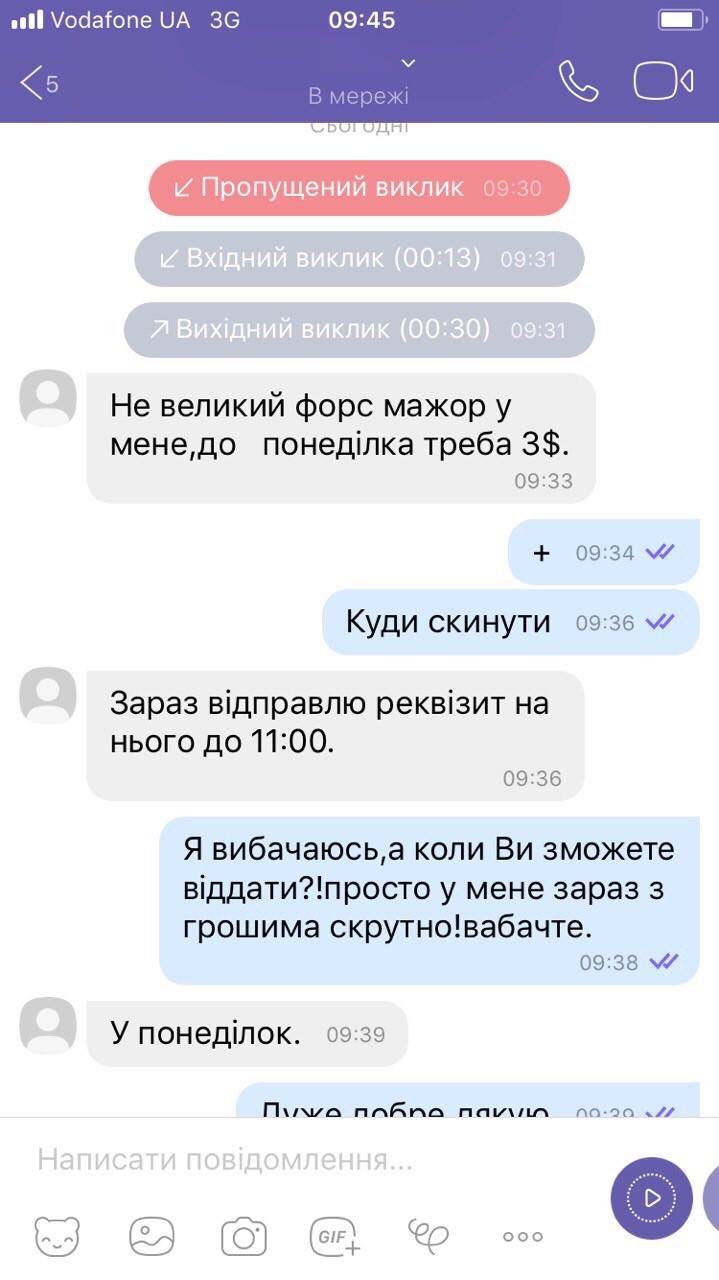 Then the scammers switched to correspondence in Viber. “I want to warn everyone: firstly, I personally know and communicate fruitfully with every chairman of the district council, the united territorial community, almost every city. They all know the peculiarities of my communication, they all know my assistants, my mobile number has not changed for many years. Secondly, no matter what force majeure happens to me, I will not take from my colleagues and subordinates,” said the head of the regional council. He also attached to his message a fragment of the correspondence of scammers in Viber. According to Prygunov, the address from where they called and corresponded has already been established. In Dnipro, the regional council and the regional administration order the most “jeans” According to a study by the Institute of Mass Information (IMI), the mass media of the Dnipropetrovsk region has the highest level of hidden advertising among the southeastern regions of Ukraine, or the so-called “jeans” – 9%. 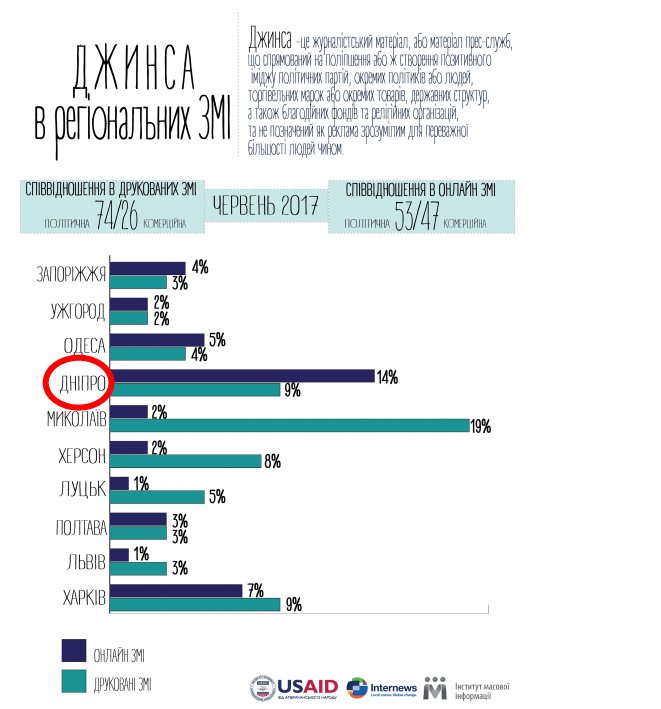 Most of the news with signs of “jeans” was recorded on television – one of the eight stories contains signs of an order. 8% of custom-made publications were counted in the press, 7% of custom-made news in online publications. According to IMI, most of the materials with signs of a political order during the monitoring period were in favor of the chairman of the Dnipropetrovsk Regional Council Gleb Prygunov, the Dnipropetrovsk Regional Administration, the Dnipro City Council, the Rinat Akhmetov Foundation, the deputy of the Dnipro City Council, the chairman of the political force “Civil Power” Zagid Krasnov, the deputy city Head of Dnipro Svetlana Epifantseva, Kamensky City Council, Mayor of Dnipro Boris Filatov, People's Deputy from the “Opposition Bloc” Oleksandr Vilkul and the Opposition Bloc party itself. The study was conducted in January 2017. Gleb Prygunov – a wolf in sheep's clothing Vladimir Moskalenko, the author of the Anthem and the coat of arms of Novomoskovsk, recently turned 80 years old. Many residents of the city of Novomoskovsk came to congratulate Vladimir Petrovich. The politics of our city and region are no exception.. Among the congratulators was the scandalous head of the political force “Opposition Bloc” Alexander Alekseevich Ivanov. , ran for the “Party of Regions” in the Novomoskovsk City Council, but the people did not elect him. In 2015, Alexander Alekseevich Ivanov again tried to run for deputies already from the Opposition Bloc, being the head of the city party, but again, the residents did not choose him, most likely because of his rotten reputation. Ivanov began his congratulations on behalf of the chairman of the Dnepropetrovsk Regional Council, a member of the Petro Poroshenko Bloc “Solidarity” Gleb Aleksandrovich Prygunov. 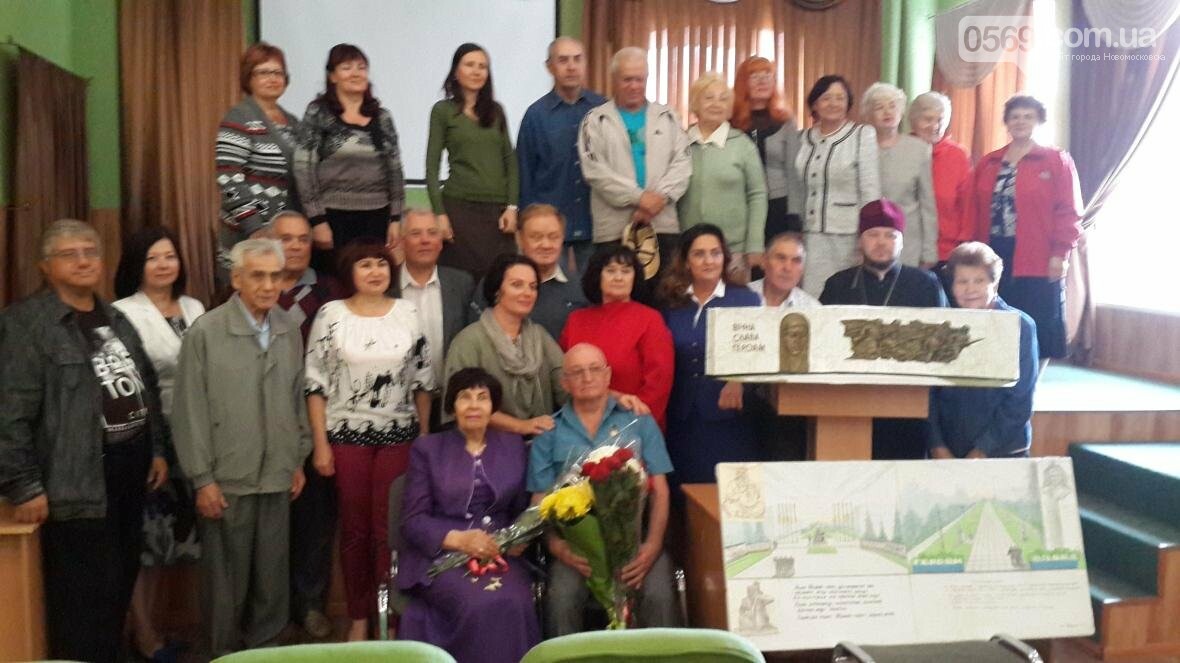 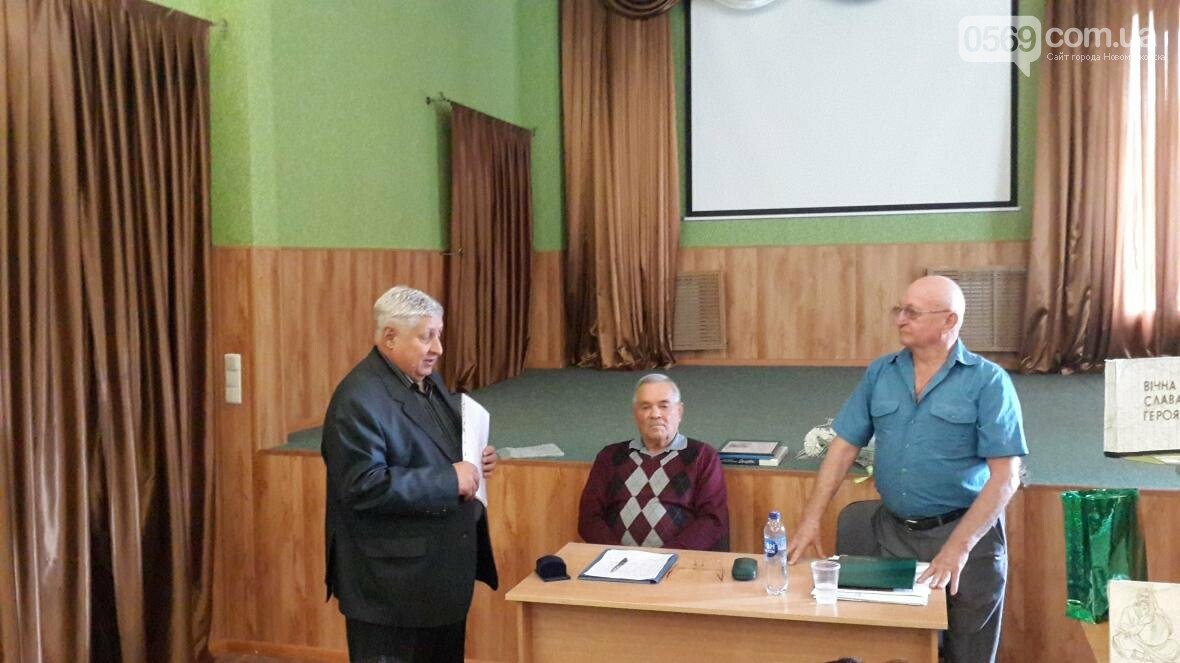 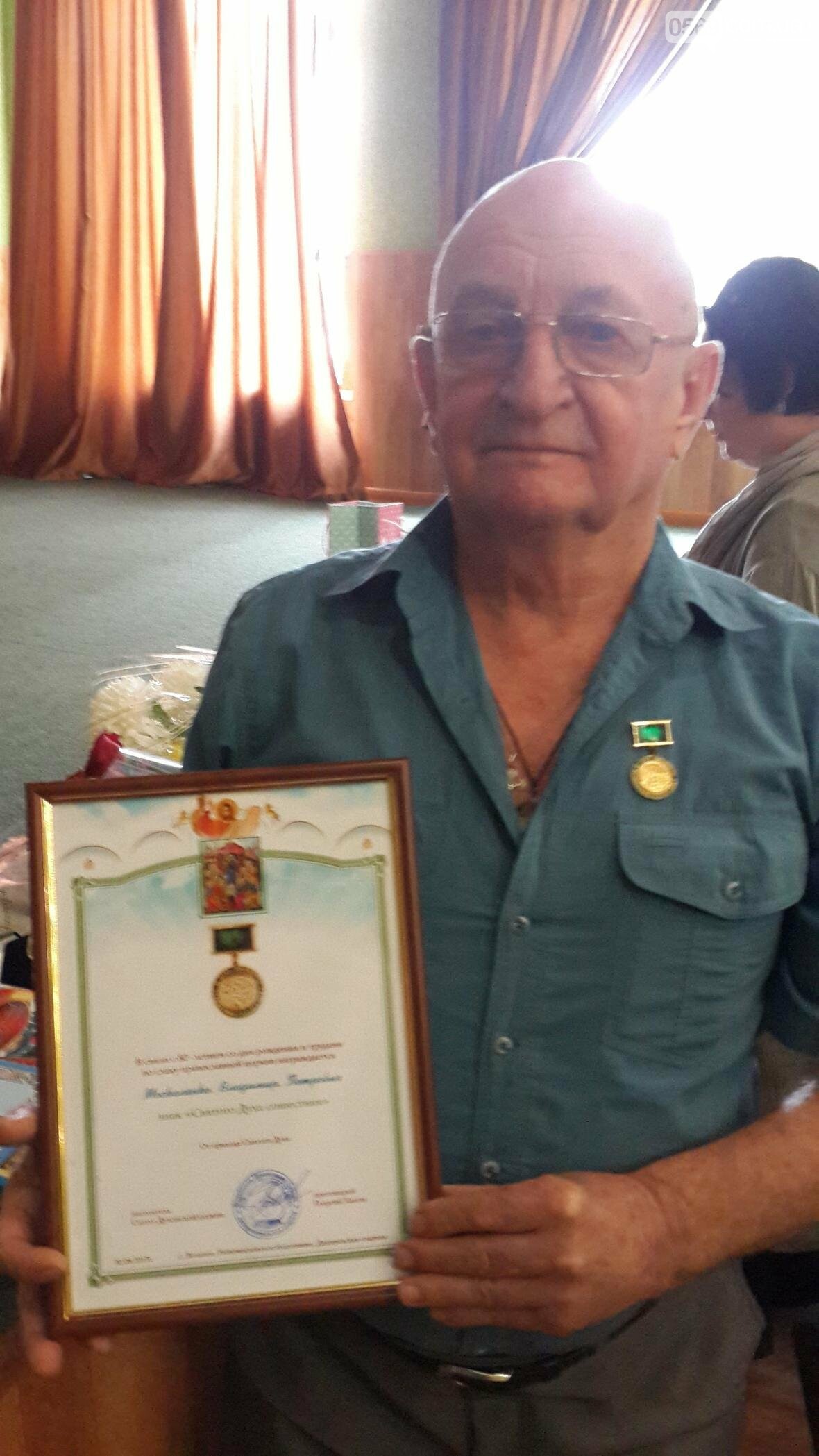 After two congratulations with gifts from BPP member Gleb Prygunov and “opposition bloc member” Alexander Vilkul, those present asked Ivanov: “You are definitely authorized to congratulate Gleb Alexandrovich Prygunov, chairman of the Dnepropetrovsk Regional Council, member of the Petro Poroshenko Bloc “Solidarity”, and then from the odious “opposition bloc member” Alexander Vilkula? To which Alexander Alekseevich replied that Prygunov and Vilkul personally authorized him to congratulate Vladimir Moskalenko and present gifts to the hero of the day. 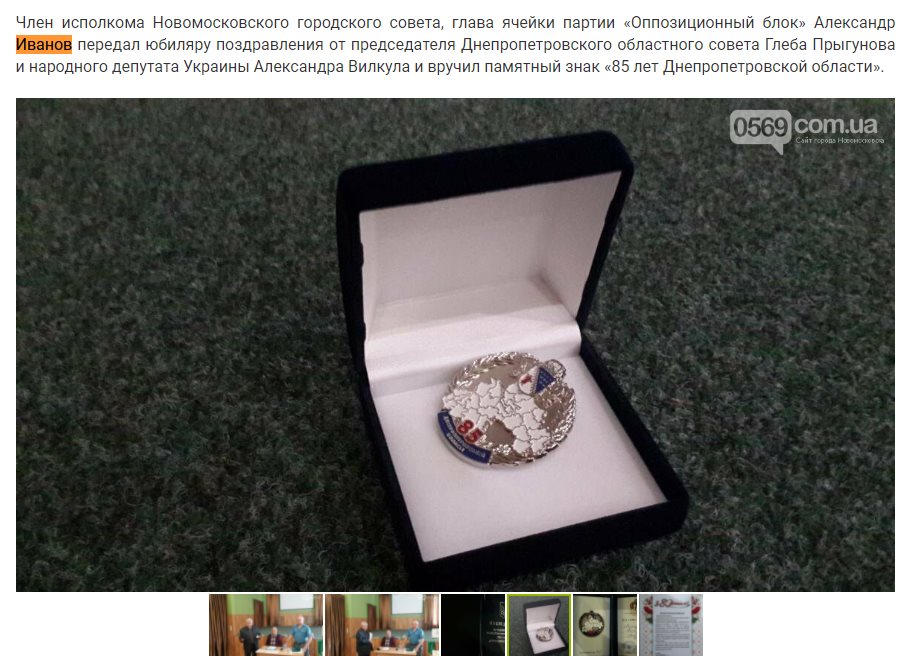 Alexander Alekseevich also added that Gleb Prygunov and Alexander Vilkul are old friends and have never quarreled over politics. Most likely, Prygunov and Vilkul do not quarrel with each other because they are doing joint deeds. How else can one explain the loyal policy of Gleb Prygunov towards the “Opposition Bloc” in the Dnieper. And Prygunov's owner, Andrey Pavelko, would not allow Prygunov to touch Vilkul, because Vilkul and Pavelko have a joint business in the Dnieper and in the region. In fact, Poroshenko and his comrades in the person of Andriy Pavelko, Gleb Prygunov, the governor of Dnepropetrovsk region Valentin Reznichenko in every possible way help and support Oleksandr Vilkul and his political force “Opposition Bloc” (formerly. “Party of Regions”).

Based on this, we are seeing a picture when, without hiding and without embarrassment, the people of Oleksandr Vilkul congratulate and give gifts from representatives of the Petro Poroshenko team, as happened in the case of the hero of the day Volodymyr Moskalenko. It turns out that Poroshenko and Vilkul are one mafia that is brainwashing the Ukrainian people. INCOME DECLARATION Gleb Prygunov's income statement raises doubts about its authenticity. So, in 2014, the official received 900 thousand hryvnias of inheritance. He himself explained this by the fact that he is a “hereditary millionaire”. In addition, in 2016, an official bought an apartment in Dnipro with an area of 81.5 square meters for less than 4 thousand dollars and a house in Dnipro with an area of 45.9 square meters.. meters for less than 2 thousand dollars. Such low figures do not even correspond to the minimum real estate prices in Dnipro. At the same time, among the declared property, Prygunov indicated a watch worth 173,000 hryvnias, which is more expensive than new apartments and houses combined.. The politician does not have a personal car, but his wife Yulia Burduzha has three cars, two of which are trucks. 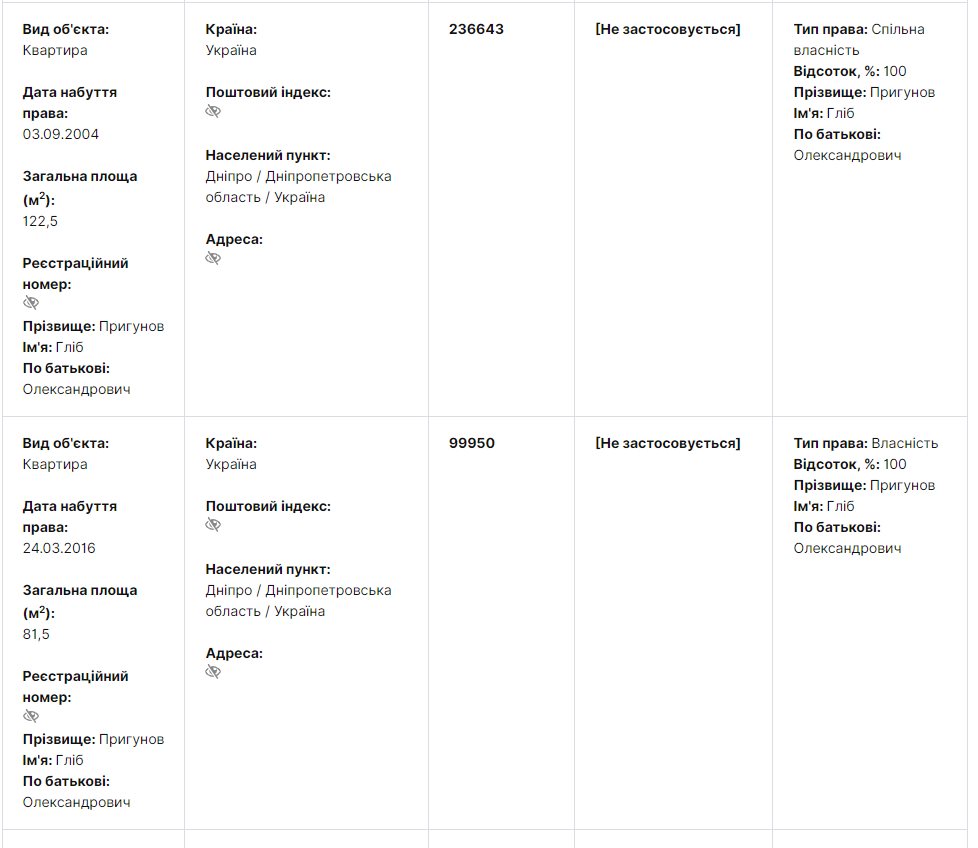 Of the valuables, Prygunov owns an old icon, an expensive Gospel and 27 investment certificates. In addition to income tax issues, the politician also has several stains on his reputation, namely: 1. Compilation of the “Book of Memory” in 2012, dedicated to the events of the Holodomor of 1932-1933. For these purposes, money was allocated for the work of historians and researchers to collect information. Instead, the organizers instructed the students to go around local eyewitnesses of these events and collect their stories.. The money, according to the reports, was paid to the scientific staff; 2. Scandalous photograph of Gleb Prygunov with crime boss Alexander Petrovsky, nicknamed “Narik”, who in the 90s crushed the Ozerka market and is associated with Chechen and Russian criminal groups.

By the way, to clean up the image of “Narik”, probably not without the mediation of Prygunov, a film was released on Poroshenko's Channel 5, in which the criminal leader was called the main savior of Dnepropetrovsk from Russian occupation in 2014; 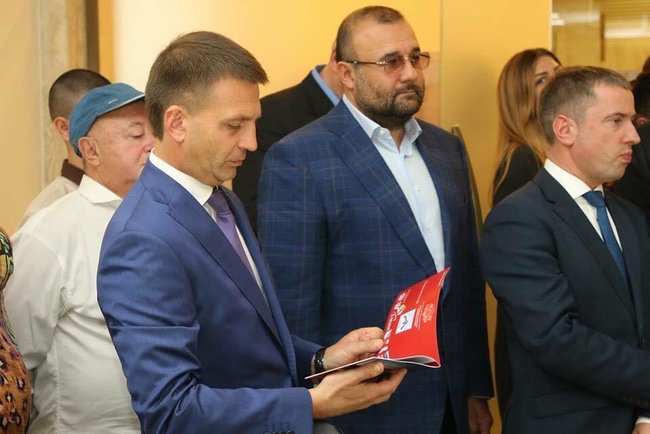 3. In 2019, the National Agency for the Prevention of Corruption (NAPC) reported that the Dnipropetrovsk Regional Council had not submitted for approval a program to prevent corruption in the region. in this regard, the NAPC issued an order to Prygunov; By September 1, according to Prygunov's post on the social network, he initiated the distribution of gifts to the children of the dead Ukrainian soldiers.. Although in fact the action was part of the state program, it did not come from local government, and its officials could not pass it off as a personal achievement. 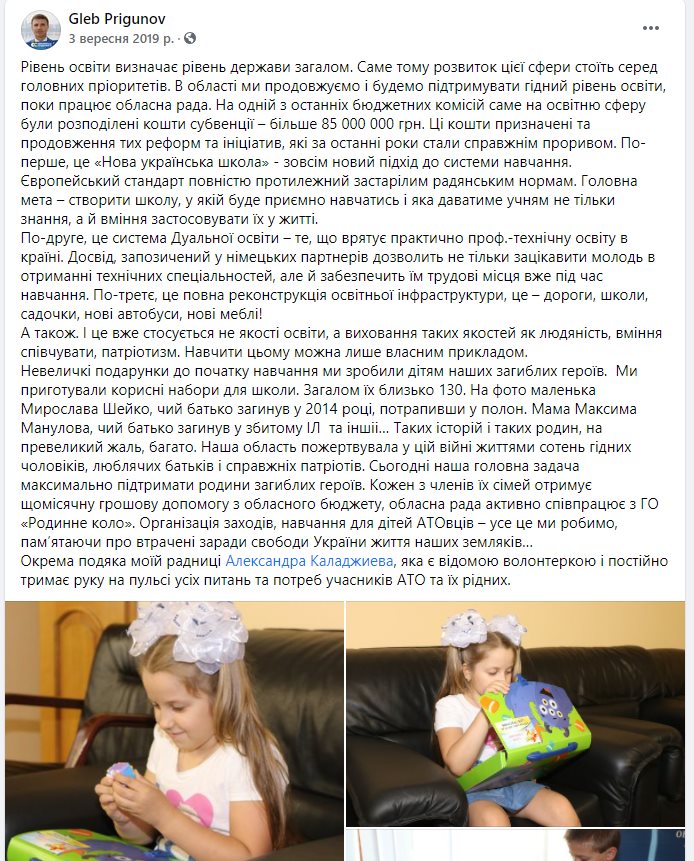 Doctors in politics are rare. And I want to believe that this is for the best, because the task of the doctor is to save human life, and not to rule the country. But apparently Prygunov forgot about it, and having come into politics, he immediately showed his “dark side”, began to cash in on people, and make friends with a criminal authority. And all the stolen funds, according to the usual scheme, are disguised in the declaration. But as we can see, it is not reliable, because NABU is still interested in Prygunov's declarations.