Member of the Servant of the People party, businessman ...

Does not give interviews, does not appear in the media, very little information ...

Corruption, the use of a historical object in their own interests. ...

Roman Mironovich Mulik carefully conceals information about himself. But greedy attempts to appropriate the historical object, not respecting the interests of the citizens of Ivano-Frankivsk, ties with the "Party of Regions" (after all, he was an integral part of the Regions, and he took "old acquaintances" from there as assistants), absenteeism in the Verkhovna Rada already gives us the opportunity evaluate the political activity of this deputy. And if we add to this his exorbitant income (in the amount of 24 million hryvnias), despite the fact that he almost never goes to meetings of the Verkhovna Rada, then disappointing conclusions come to mind. 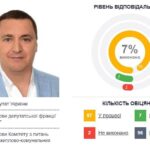 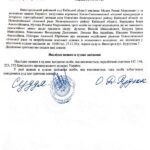 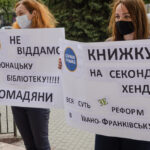 Roman Mironovich Mulik is from Ivano-Frankivsk. Despite his experience in the sensational “Party of Regions”, he is better known as the current people's deputy from the mono-majority party “Servant of the People”. And soon also, perhaps, as one of the major corrupt officials of today. 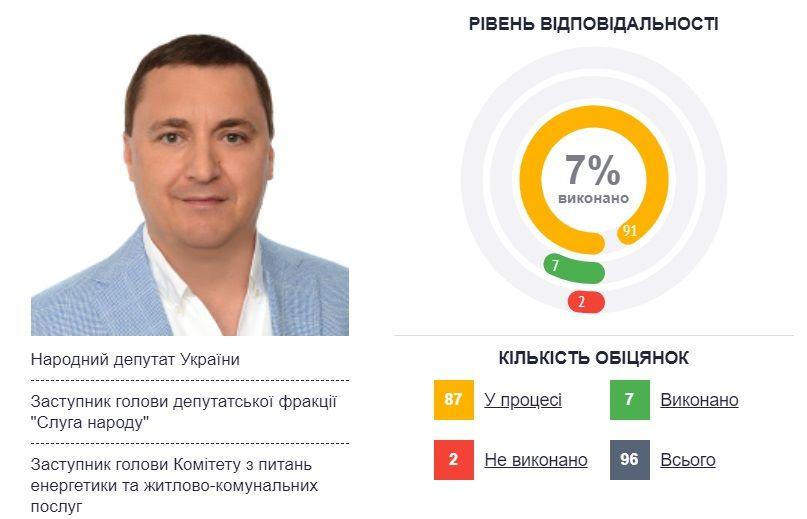 Roman Mulik is married (wife – Elena). The couple has a daughter and two sons: Nina, Makar and Alexander.

The future people's deputy received his secondary education in his hometown of Ivano-Frankivsk. There he received his first diploma, having studied for five years at the Ivano-Frankivsk Institute of Oil and Gas as a land surveyor engineer. Enrollment in the National University “Odessa Law Academy” helped me learn to be a lawyer.

Before Mulik joined the political path, he served as vice president of the Ivano-Frankivsk Boxing Federation. The first intersection with legislative activity took place in 2005. At that time, Mulik was an assistant on a voluntary basis to the Deputy of the Regions of the 5th convocation, Dmitry Voloshenkov. In addition, he was an adviser to the mayor of Ivano-Frankivsk in the field of business development. When in 2010 he ran for the Ivano-Frankivsk city council, he served as the general director of the construction company MOM. The network does not have detailed information about Mulik's non-political career. But it is known that the future people's deputy was the executive director of Comfort-West-IF LLC. According to the results of the elections to the Ivano-Frankivsk Regional Council of the VI democratic convocation, he became a deputy from the “Party of Regions”. Then, in 2014, Mulik left the party. After leaving political activity for a while, Mulik was engaged in private business. The scope of business is the lease and operation of real estate. In addition, he is a co-founder of Housing-Operational Plot-Community Center LLC. The company's field of activity is the management of a service cooperative (“Novgorodskaya, 15B”) and real estate. In 2019, he ran for people's deputies of the 9th convocation from the Servant of the People party (number 73 on the list, non-partisan). As a result of the elections, he got into parliament and became deputy head of the faction of the same name. In addition, he took up the post of deputy head of the Committee on Energy and Housing and Public Utilities. We also note the fact that Mulik is the vice president in his hometown of the Boxing Federation. 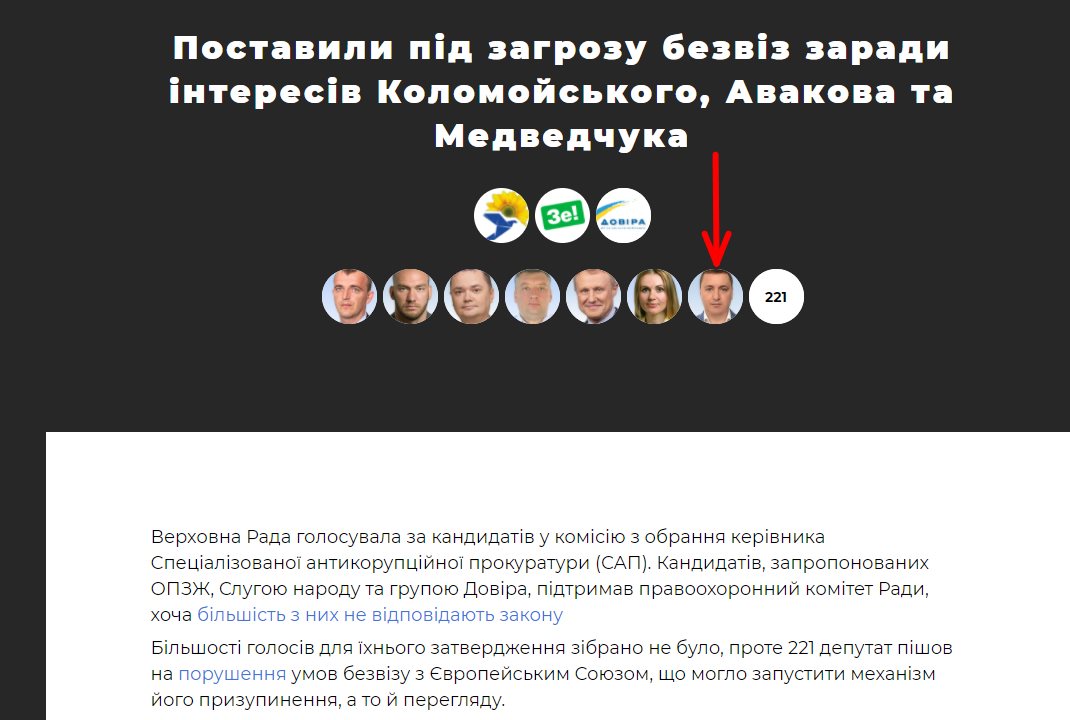 Departure from the Party of Regions 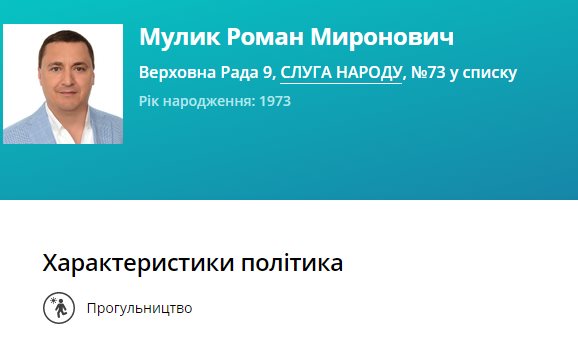 Roman Mulik in the city council of Ivano-Frankivsk by the fact that he practically did not appear at the sessions. Although, like all “Servants”, he signed a memorandum of responsibility. It is known that Mulik missed 305 meetings of the Verkhovna Rada.

According to “Kurs”, the history of this development has a trail of public resistance.. In 2017, residents of Shevchenko pedestrian street tried to influence the developer and force him to reduce the number of storeys and change the facade of the building so as not to spoil the atmosphere of the historic street. 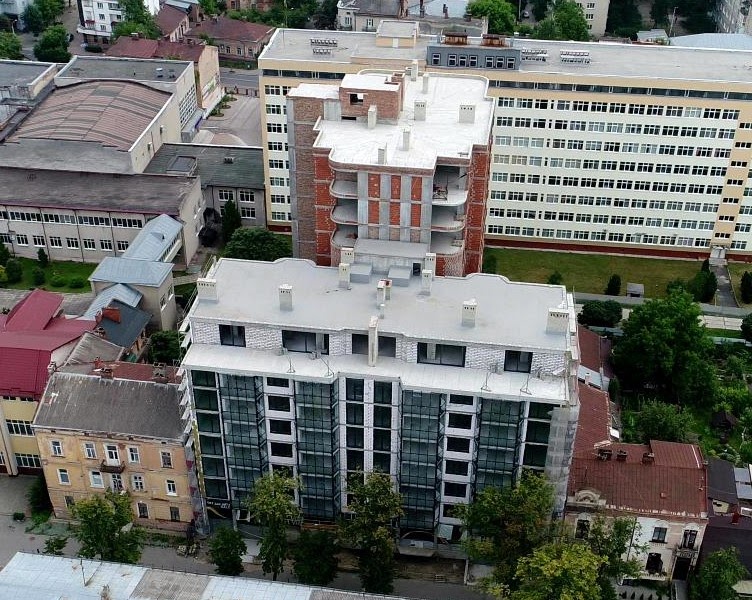 There were no high-rise buildings at that time.. They turned to the State Architectural Inspectorate to check the documents of the developer, complained to the mayor's office. However, as reported by local media, the developer had all the necessary permits.. A few months later, the mayor's office even imposed a moratorium on the development of this street. As they say on the website of the elite residential complex, its construction is actively underway, one of the houses is at the final stage.. As you can see, the number of storeys of the objects has not changed.” 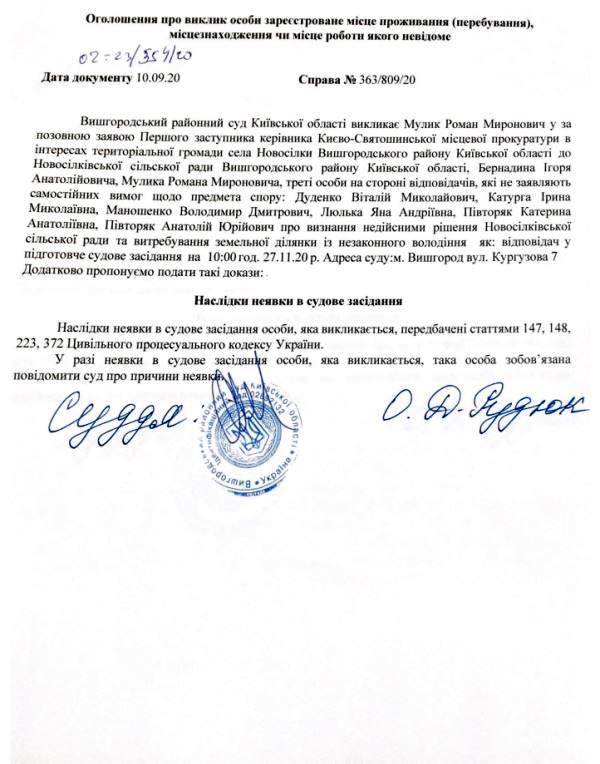 In 2020, the media reported that the deputy Mulik wants to evict the library from the building in the center of Ivano-Frankivsk. According to the “Galician Correspondent”, according to the head of the department of culture, nationalities and religions of the regional state administration Volodymyr Fedorak, the limited liability company “IF-RENT” applied to the Ivano-Frankivsk Regional State Administration and the regional council, which offered to exchange premises. They offer their property at 22, Pivdenny Boulevard Street (non-residential premises with an area of 1,586.8 sq.. m. on the second floor, which now houses a second-hand clothing store), and in return they want to get an area in a building on Independence Street, 12. GK journalists report that IF-RENT was registered on January 24, 2020. Its main activity is the purchase and sale of its own real estate.. The co-founder of the firm is Roman Mulik, who invested his own funds: 26.1 million (87%). According to public organizations, the transfer of the library is an attack on Ukrainian culture. Natalya Pertsovich, an activist of the NGO “Right of the Community”, stated that the premises “on the first floor of the building where the Tsukernya cafe is located” were first privatized. There are also offices of Servants of the People deputies.. We know what they are for. People's Deputy Roman Mulik wants to take this building, ”GK reports her words. 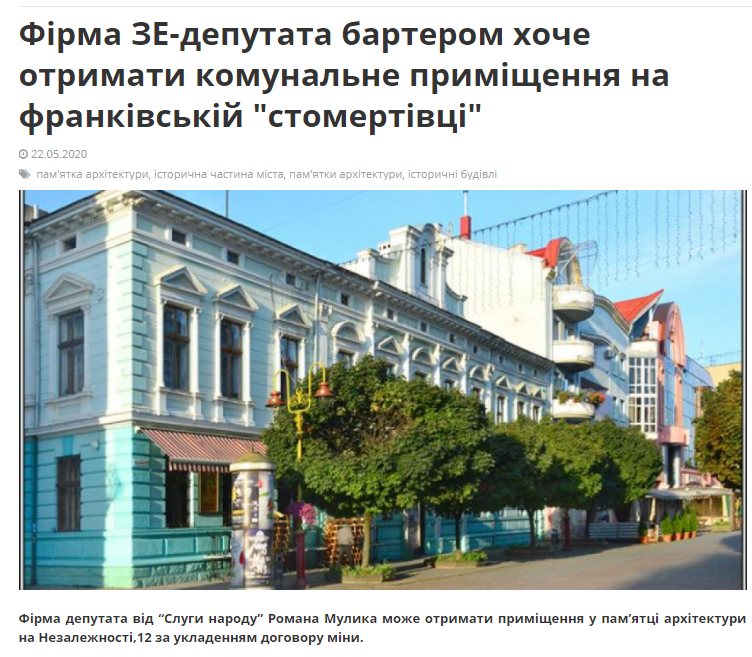 On this occasion, on May 29, under the building of the regional state administration, public activists held a protest action against the possible privatization of the library premises.. Such an exchange is offered by the owners of “Confectionery”, which is next door – they want to expand their business. 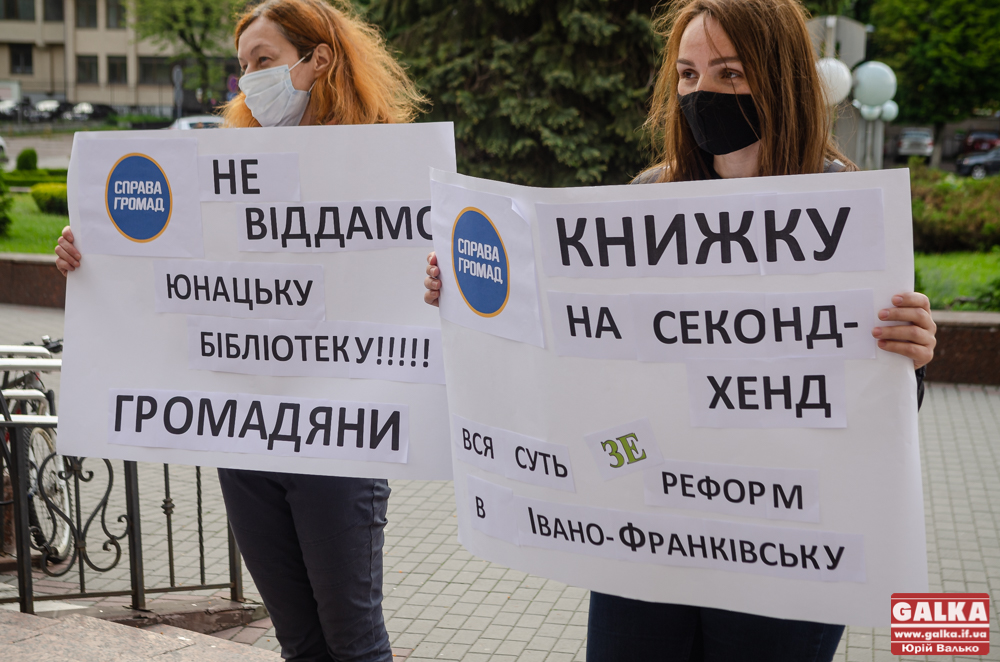 This is a local memorial.. Frankovtsy collected signatures of the community against such a resettlement. It is believed that in this way the library will be on the periphery and in a dubious room. Deputies of the regional council have postponed the issue for the time being.. In July, the Department of Culture of the Regional State Administration plans to submit this issue to the Regional Council again.. Recall that the company that wants to “evict” the library belongs to the deputy from the “Servant of the People” Roman Mulik. The new likely site of the library on Yuzhny Boulevard. At one time, a historic building on a hundred square meters was erected in 1896 according to the project of the Krakow architect Teofil Wisniewski and engineer Karl Reger under the “Polish casino”. Subsequently, the well-known pharmacy of Zygmunt Teodorovich appeared here on the first floor, which worked for almost a century. Now, on the site of the old pharmacy, there is a well-known cafe-confectionery “Confectionery” in Odessa. The former casino for the “first advice” ceased to exist. In January 1940, the first radio center in the city was equipped here; after the war, the building was occupied by the House of Political Education. And in 1979, his offices were occupied by the regional scientific and methodological center and the regional library for youth.. It is for these premises that the company of people's deputy Roman Mulik claims. 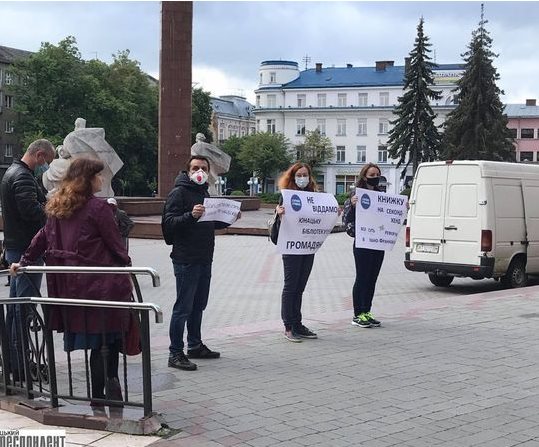 Helpers from the past

People's Deputy Roman Mulik (No. 73 from Servant of the People) still uses the services of assistants for free. Galina Lyakhovich and Tatyana Yarovaya help him on a voluntary basis. The latter was three times an assistant to people's deputies of the Verkhovna Rada of previous convocations: in the 8th convocation – Alexander Dubinin (a member of the presidium of the political council of the UKROP party, elected from the BPP), in the 7th convocation – communist Alexander Ganchukov, in the 6th convocation – Ivan Plyushch (NUNS). 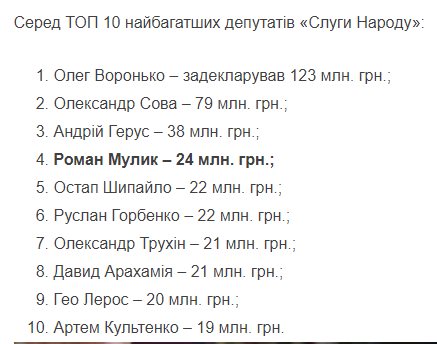 According to the declaration filed by Mulik for 2019, the current MP owns far from modest real estate. For two with his wife there are: 8 non-residential premises, the total area of which is 3000 sq.m; 5 apartments (one entirely on Roman, one (in the capital) – on his wife Elena and three more – on both spouses); 24(!) land plots (13 – in the Vyshgorod region, 7 – in the Vasilkovsky region, 4 – in the Ivano-Frankivsk region); 1 retail space; 1 object of construction in progress – a residential building with an area of 6000 sq.m (which is owned by the previously mentioned LLC “Comfort-West-IF”).

The Mulik family has three cars and a jet ski: Porsche Cayenne 2008 (wife Elena is the owner); BMW X5 2019 worth UAH 2,345,352. (owner – wife Elena); BMW X5 2016 (owner – Roman Mulik); Bombardier GTXLTD 2007 (owner – Roman Mulik). Roman and Elena earned over UAH 1 million in 2018. In addition, they took a loan from PrivatBank in the amount of 200 thousand. UAH. They also received UAH 132,000. for the alienation of real estate. What can we say about the financial assets of the family – Roman has 25 million hryvnias in cash, and 50 thousand hryvnias are in his bank account. In 2019, the total income from entrepreneurial activities of the spouses again amounted to about UAH 1 million. In addition, Roman's deputy salary in the amount of UAH 158 thousand, as well as Dodatkov's blessing from the Servant of the People party in the amount of UAH 17.5 thousand. Income from the alienation of real estate increased to UAH 527 thousand. The bank account still holds 50,000. hryvnia, but the amount of cash savings decreased by 800 thousand. UAH. – Now the family keeps UAH 24.2 million in cash. It is worth noting that the Chesno portal contacted the press secretary of the Servant of the People in writing (since it was not possible to contact Roman directly) with clarification about the people's deputy's possessions indicated in the declaration for 2018, in particular, about a suspiciously large number of plots. The spokeswoman explained that Mulik allegedly made a technical error in the declaration, which will be corrected.. But, as we see in the declaration for 2019, the plots did not decrease, but on the contrary, they increased by one. According to the data of the State Land Cadastre, part of Mulik's land is intended for agriculture or horticulture. As for the residential building with an area of 6000 sq.m.. from Comfort-West-IF LLC, then, perhaps, this refers to an apartment building at 65-67 Shevchenko St. in the city of Ivano-Frankivsk, the construction of which is associated specifically with Comfort-West-IF LLC. Given the register of real estate rights, Mulik owns property rights to 10 apartments in this building.

Russia has included in the sanctions list of almost all people's deputies of the Carpathian region. An updated list of Ukrainian citizens subject to special economic sanctions was published on December 11. Roman Mulik was also included in this list. 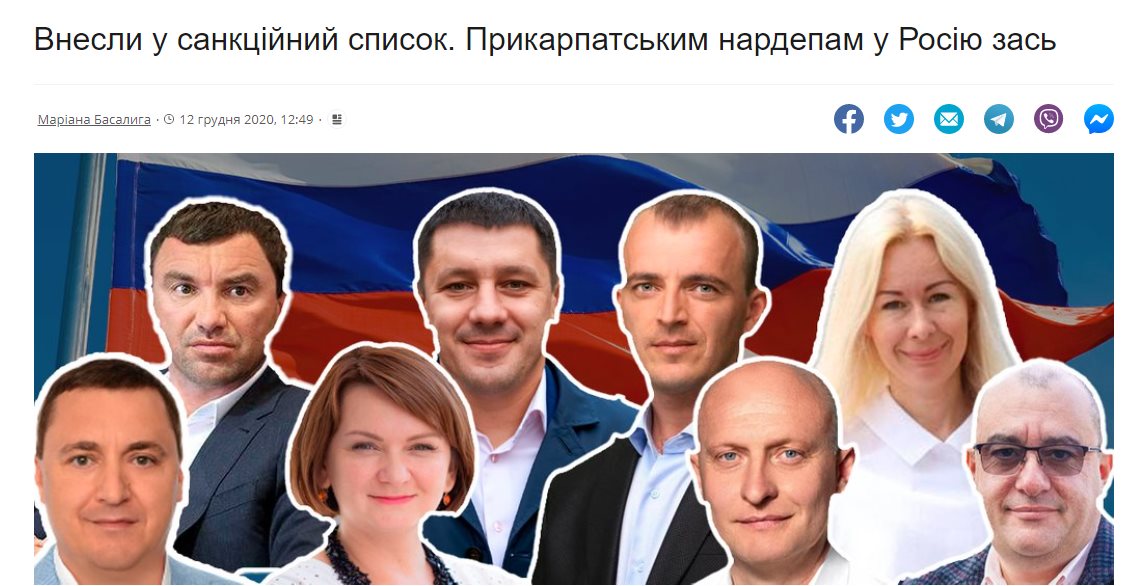 It's amazing how the “Servants of the People” let a person from the “Party of Regions” into their party? This question is hard to answer. But while we are thinking about the answer, Mulik is counting his “honestly” earned millions, and plans to spoil the cultural heritage of Ukraine. Unfortunately, there are no other changes in his activities.