A new man, with a suspicious past ...

Koleboshin is a new face in politics. And everything is clean, without a single corruption intent. And everything would be fine if not for one thing – his assistants. People who are closely connected with Poroshenko. And now the "new face" is under the influence of the "old government". In addition, some journalists claim that Koleboshin carefully cleared his past so that no one would know about him. And the laws for which he votes look suspicious. 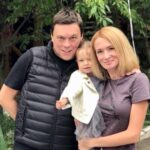 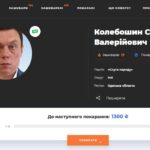 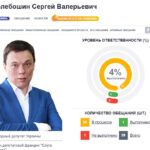 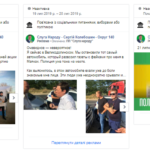 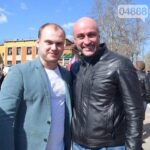 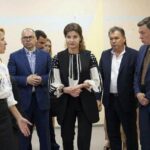 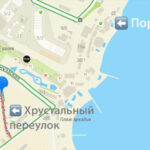 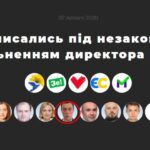 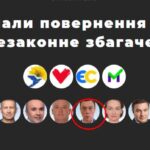 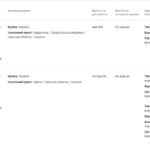 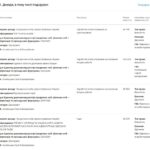 Born on November 22, 1977 in Odessa. Graduated from the Odessa State University named after Mechnikov. 1999-2009 – laboratory assistant, teacher of physics at the Richelieu Lyceum, Odessa. 2009 – director of the Ovidiopol gymnasium. In April 2017, he was appointed Deputy Chairman of the Odessa Regional State Administration (won the competition). At the early parliamentary elections on July 21, 2019, he was elected a people's deputy from the Servant of the People party in the single-mandate constituency No. 140 (Chernomorsk, Teplodar, Ovidiopolsky and part of the Belyaevsky district). Since June 5, 2020, he has been the head of the Odessa regional organization of the Servant of the People party. Married, has a daughter. 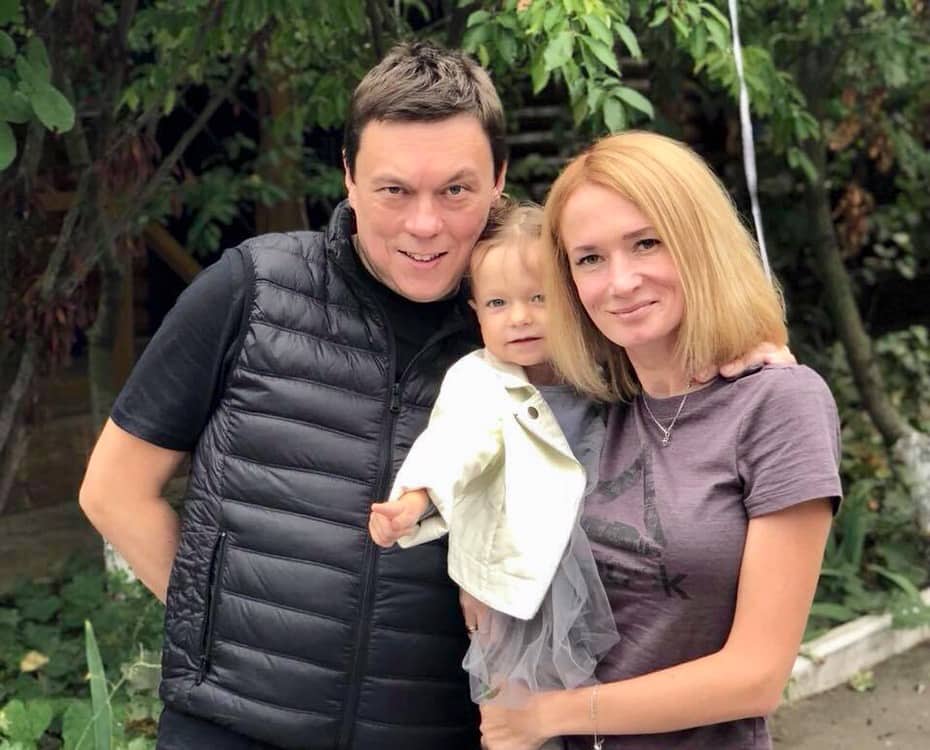 Has relatives in the occupied Crimea, but does not communicate with them. He claims in the media that “Crimea is Ukraine” is his life position. Judging by the statements, he categorically does not want to be a governor, but if the head of state puts pressure, he will not go anywhere. Sergey Koleboshin is a supporter of distance learning. For students of remote schools in Ukraine, he developed the program “Teacher +” – lessons via the Internet. Believes that education should be accessible to all. And for applicants, he created an online course in physics, which has already been used by more than 20 thousand children from all over Ukraine. NOT official biography 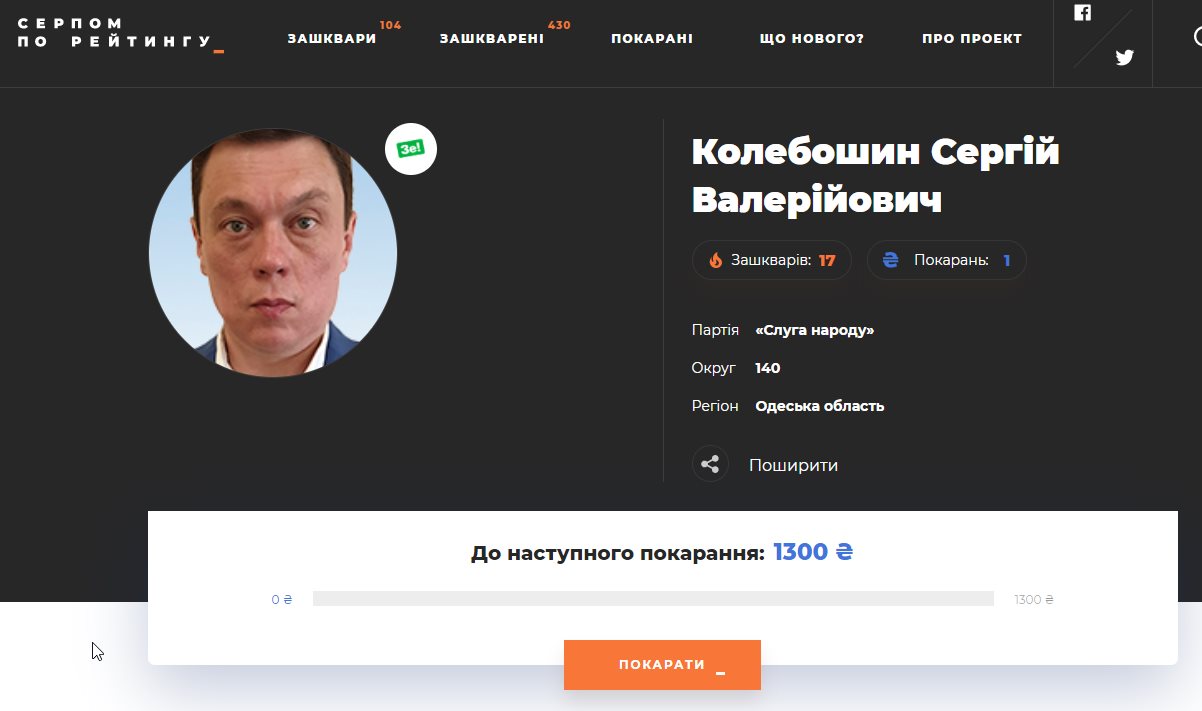 “Servants of the People” Sergey Koleboshin made 29 promises: he fulfilled only one (3%), did not fulfill one, and 27 are in the process of implementation. 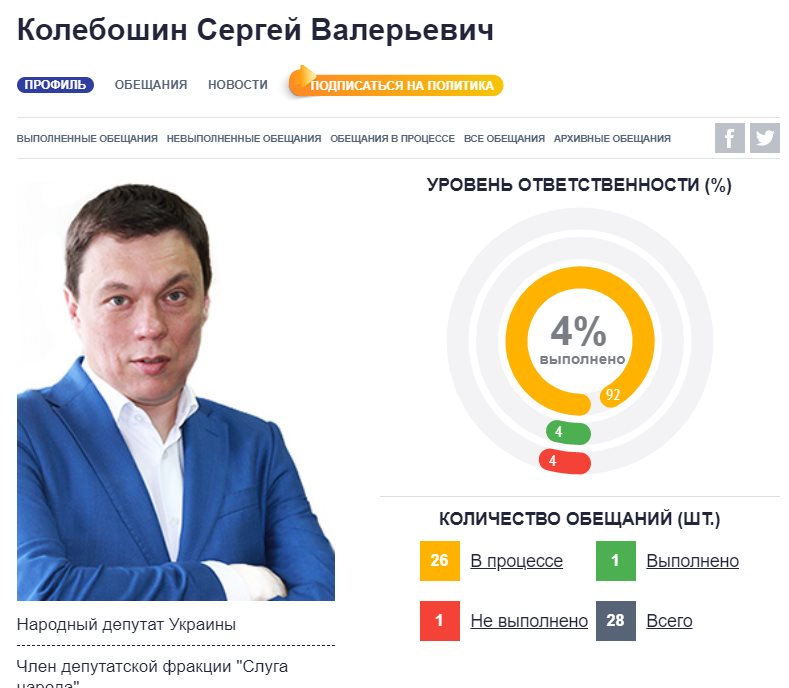 18 hryvnias paid for the vote of the former deputy chairman of the Odessa Regional State Administration Sergey Koleboshin. The representative of the presidential party in the 140th OVO scored the largest number of votes among the winners in the region – 36,244. The electoral fund of the official reached almost 640,000 hryvnias. Of these, only 40 thousand are the candidate's own funds, the rest are deposits of individuals. Most of the expenses were paid for the placement of campaigning on outdoor advertising media – UAH 421,000. among the media, he used only the services of print media, paying for them almost 44,000. The candidate's advertisement could also be seen on Facebook, more than 60,000 hryvnias were paid by the party.

Elections to the Verkhovna Rada not long to wait. On July 21, all the cards will be revealed, and we will find out the names of the new people's deputies. As for the 140th district, it is still not known for certain how many people will apply for a cozy place, but the main candidates are already known. “New face” according to the WE team – Sergey Koleboshin. Based on the biography of the candidate, I want to go to church and light a candle for his health – such a bright and pure soul man. Both a family man and a declaration are normal and generally from a dynasty of teachers. But behind the screen of this transparency, everything is not so simple.. As they say, in a still whirlpool … The first doubts about him arose when a seemingly ordinary teacher, bypassing all competitors, in April 2017 became Deputy Chairman of the Odessa Regional State Administration Maxim Stepanov. Then the correctness of the decision of the latter was justified by the fact that “the person is not from the system” and they should be given a chance. A beautiful image of a clean official was until it became clear that this person is none other than the protégé (attention!) of Natalia Chegodar! The same lustered official, known for her multimillion-dollar corruption schemes in the Ovidiopol district. After the shameful lustration, access to the feeder was ordered to her, which means she had to look for a “victim” who would not ask questions and generally understand anything. This is where Sergey Koleboshin came in handy. At first, he himself denied any involvement in the criminal official, but under the pressure of facts he decided to confess: he is really the man of Natalia Chegodar. In one of his interviews, he explained it this way: – It has already sounded on the Internet that I am the person of Chegodar Natalya Anatolyevna. But I want to be clear. Of course, this man played a big role in my life.. At least I work at the Ovidiopol gymnasium, and she is from the Ovidiopol district and headed it for a long time. In 2009, having built a new modern school building, she invited me to head the educational institution. At the moment, I am a deputy of the Ovidiopol District Council from the faction of the Agrarian Party, which is headed by Natalya Anatolyevna. Surely he has already regretted his frankness more than once, but … Further – more! Sergey carefully prepared and “cleaned up” his photo gallery on social networks. The motive is simple – to renounce the past life and hide your involvement in the past power, which the new President is fighting against.. But the world is not without good people, and some photos still became public. In the photo he is with the former first lady and with Peter Alekseevich himself. And here is the “new team” of Sergei Koleboshin: 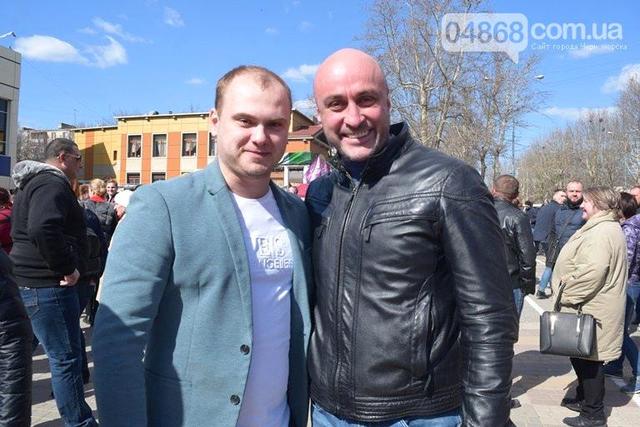 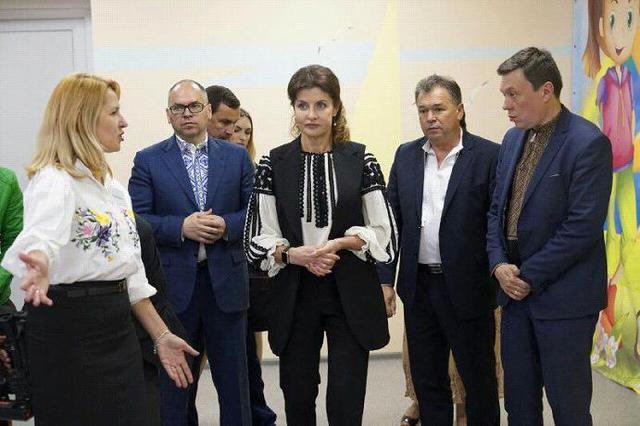 As we can see, this team has only a new name – “Servant of the People”, but in reality – all the same faces! And now this person will try to break into the Verkhovna Rada under the guise of a “new face”. I hope the cunning plan will not succeed, but if it works out, then we all have to become participants in a new corruption scheme of old politicians. Under the guise of a new face, the same old rags.

Odessa “Servants of the People” mixed up the lists of candidates and constituencies: they tried to steal documents certified by the party conference from the Terizbirkom

The ruling Servant of the People party demonstrates unprofessionalism in almost every area. Thus, the Odessa cell of the political force fell into a major scandal. When submitting documents to the territorial election commission, the “servants” mixed up the lists of candidates and constituencies. Dumskaya learned about this from sources in the electoral committee. That is, conditionally, the list of candidates for the Black Sea City Council was mistakenly assigned to the Belyaevsky district – and it was for the confused lists that they voted at the party congress, which took place on September 16. But this is not the main thing – having discovered a mistake, the secretary of the commission from the “servants” tried to steal documents certified by party seals and the decision of the conference. Today, the head of the Odessa regional organization of the Servant of the People PP, Sergei Koleboshin, tried to hush up the scandal and filed an application with the commission with a request to withdraw a package of documents with a technical error.

Strange address and false time: observers could not get to the party conference of the Odessa “servants of the people” 00, at the address Crystal lane, 1/3. Arriving at the place at the specified time, Opora representatives did not find the conference participants and could not get to the event. After some time, the observers still managed to find the venue for the conference, which took place in the Portofino entertainment complex on the beach in Arcadia. 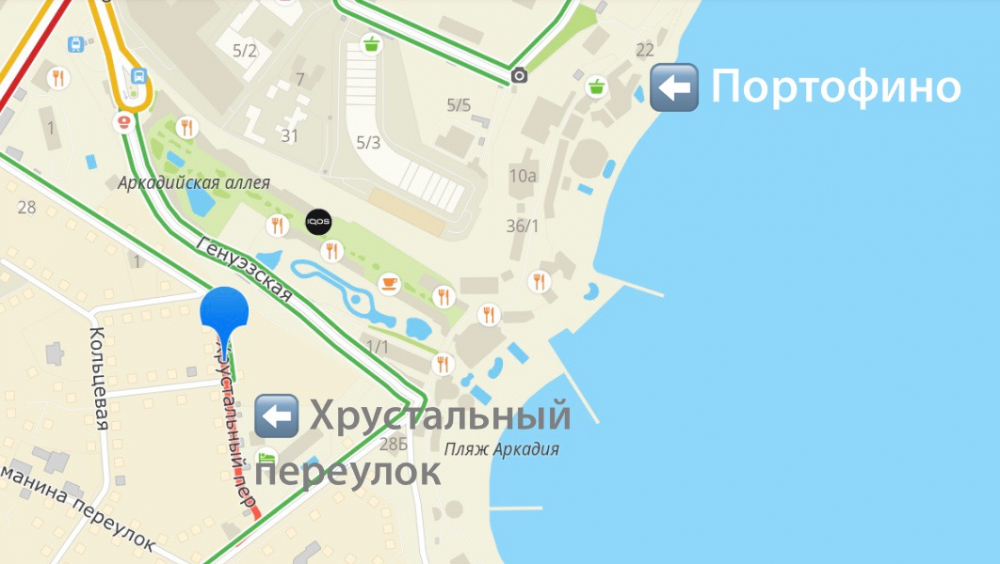 At the same time, the event did not start at 11:00, but at 18:00. The head of the Odessa regional cell of the party, Sergei Koleboshin, assured Opor that the conference began at 11:00, but a break was announced. He did not comment on the confusion with addresses. In Arcadia, indeed, there is Crystal Lane, but it is located at an impressive distance from the Portofino complex on the coast. 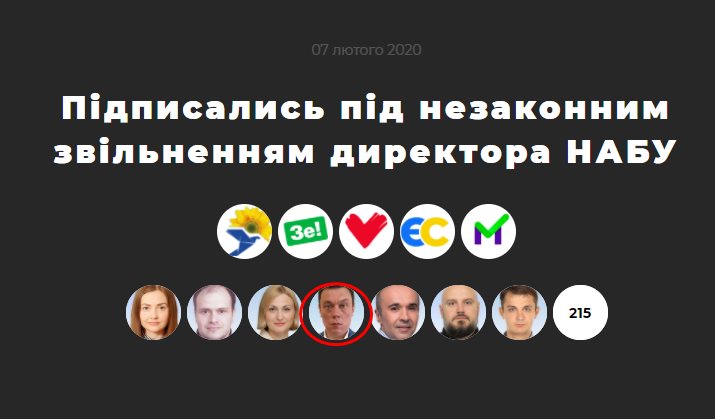 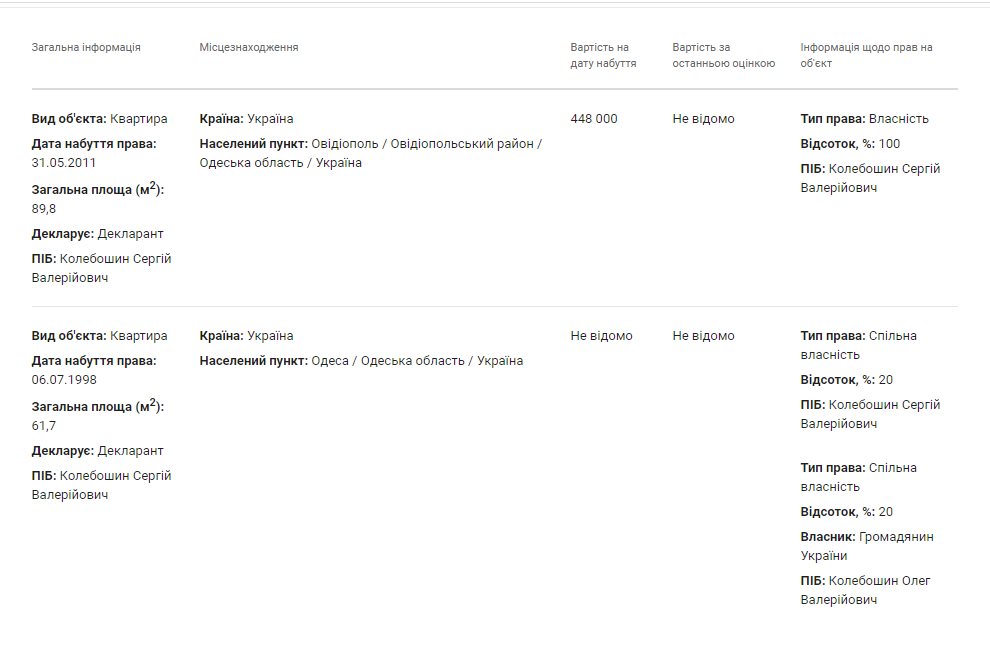 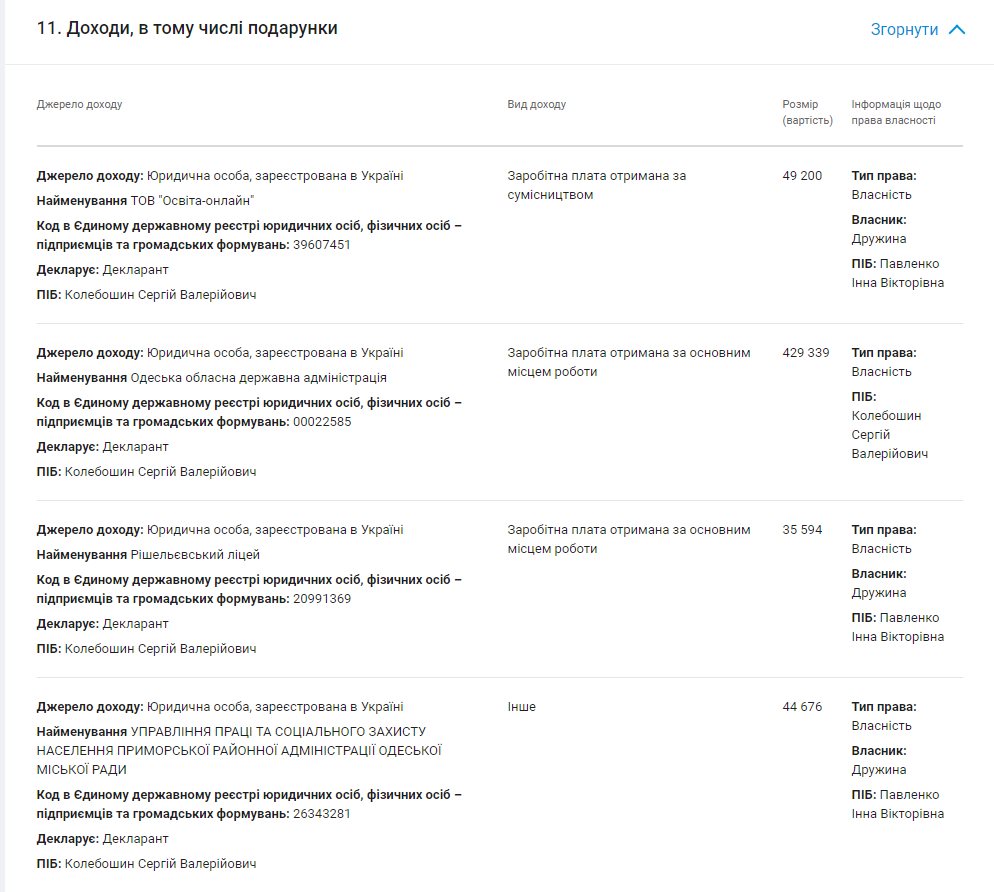 Koleboshin is a new face in politics. And everything is clean, without a single corruption intent. And everything would be fine if not for one thing – his assistants. People who are closely connected with Poroshenko. And now the “new face” is under the influence of the “old government”. Is this a coincidence?

Родственники:
Has a wife and daughter
Принадлежность:
"Servants of the People", and has a connection with Poroshenko
Телефон:
+380675568134
Серия и номер паспорта:
yuavmvmukp
Адрес прописки:
Ovidiopol
Loading Comments...