Actively published as part of the advertising campaigns of the Chamber of Commerce and Ind ...

Tender fraud, kickbacks, bribes, violations of the election law, labor legislation of the ...

Timur Khakimov President of the Union "Chamber of Commerce and Industry of the Republic of Bashkortostan". Chamber of Commerce and Industry under the direction of Khakimov T.A. mired in court squabbles, inspections by the Prosecutor's Office and the State Inspectorate on the facts of his violation of labor laws and gray schemes for withdrawing funds from the Chamber. Violations of labor legislation are widespread, and incomplete payment of wages in the Chamber for more than two years, despite the availability of financial opportunities and the fact that Khakimov himself is listed as one of the richest people in Ufa. He loves expensive resorts, makes friends with the stars, buys expensive cars. Ardent violator of traffic rules. 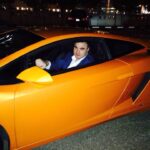 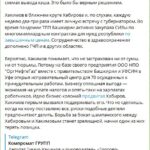 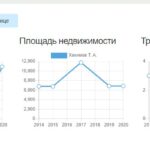 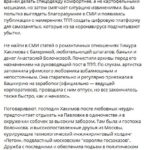 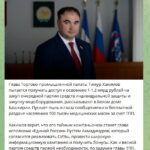 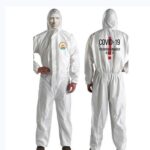 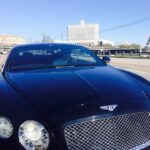 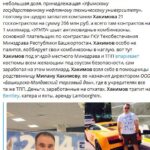 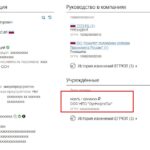 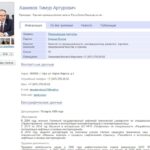 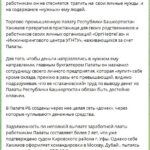 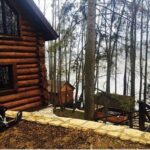 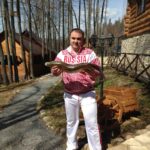 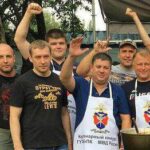 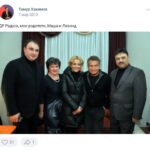 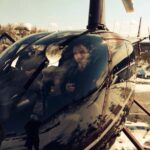 “Chamber of Commerce and Industry of the Republic of Bashkortostan” (CCI RB), under the leadership of Khakimov T.A.. The chief accountant of the Chamber is an employee of Khakimov’s personal enterprise, who helps in financial fraudulent schemes. She is also the director of the Support Charitable Foundation, a subsidiary of the Chamber of Commerce and Industry. The personal driver of the above-named chief accountant has been appointed director of another subsidiary of the Chamber ANO “Diplomat”. There is no doubt who really “rules” this daughter. The fact that in the Chamber the 18-year-old daughter of Askar Abdrazakov, with zero work experience, was appointed director of one of the Departments is worthy of a skeptical smirk. How Rimma Utyasheva's niece ended up in the Chamber, who is on trial for a fight, is generally surprising. Krasnogorsk, who returned with Khabirov, also did not stay away from the bread place (Mr. Murzagulov's sister is responsible for financial and economic planning). Compromising articles from the telegram channel “Bash na bash”: 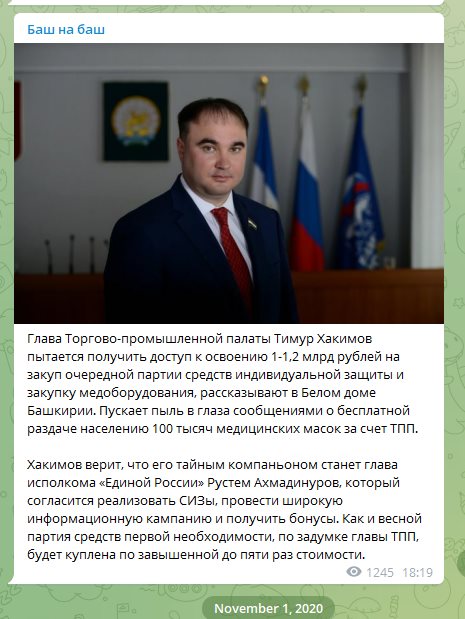 Since the beginning of the pandemic, the Chamber of Bashkiria has organized the tailoring of antique suits, the order for which was given to the personal enterprises of Timur Khakimov, who has already earned millions on these contracts. 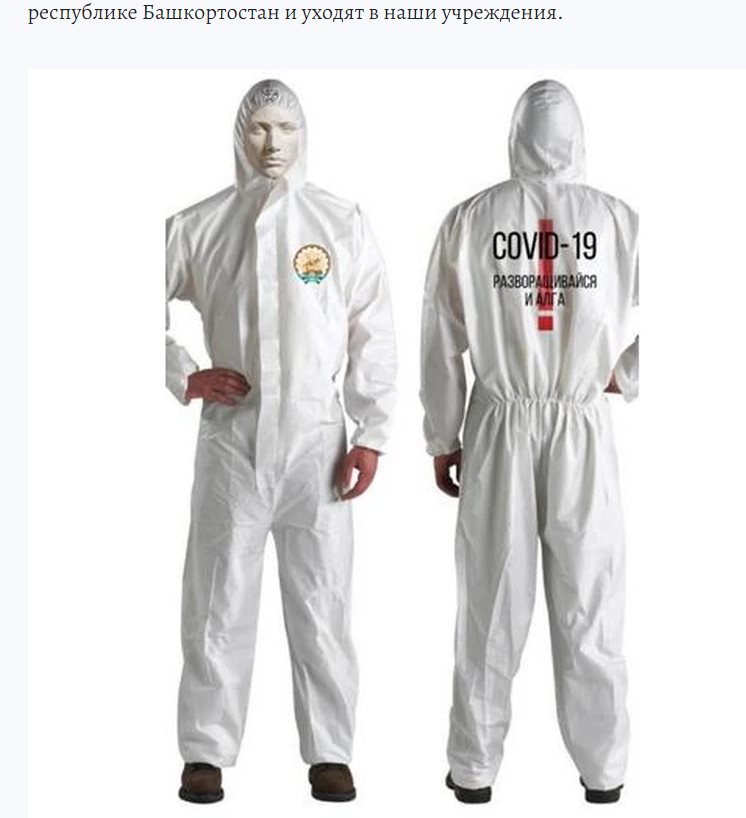 Hakimov's murky financial schemes, kickbacks, imposing the services of the Chamber on its members, such as mandatory consideration of disputes by the ICAC (which is one of the activities of the Chamber) and kickbacks for a positive resolution of issues helps him to cash in on the Chamber of Commerce and Industry of the Republic of Belarus.

There is information that Khakimov was seen speeding in a Lexus (and more than once). Got off with a fine.

In 2019, businessman Timur Khakimov, also known as the “groom on Bentley”, triumphantly returned to the parliament of Bashkiria. Timur Khakimov on his Bentley: 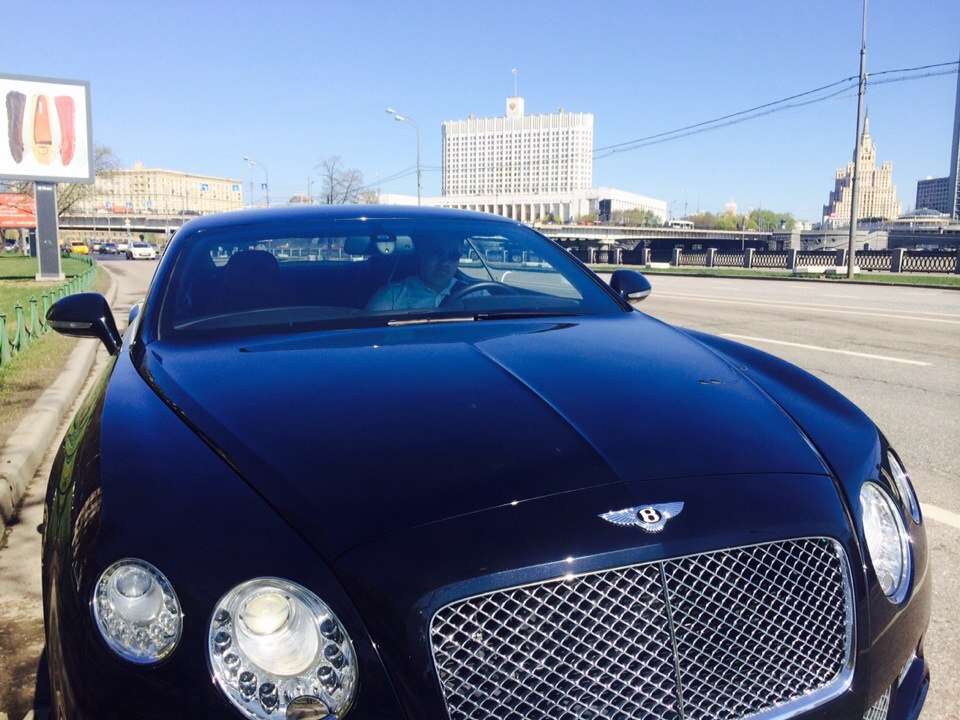 He was already a regional deputy of the previous convocation, but lost the election miserably last fall. However, the mandate of the people's choice was returned to him after the voluntary resignation of the current parliamentarian Sufi Zidikhanova. In the recent past, Timur Khakimov was associated with the security forces who appeared in the famous case of Colonel Zakharchenko, as well as with the leaders of a large company suspected of fraud. It was assumed that it was they who gave him the “green light” in big politics and even planned to bring him to the federal level. About the alliance of security officials and businessmen that took place in Ufa, as well as their attempts to influence the situation in the republic – in the material of the correspondent of Kompromat GROUP Georgy Volgin. Compromising articles from the telegram channel “Compromising GROUP”:

On the contracts of Transneft It is quite obvious that certain forces in Bashkiria today really want to see Timur Khakimov in the deputy chair. For the sake of this, United Russia consulted. Why exactly did they choose it? Let's start with the fact that Timur Khakimov is well known in the business circles of the republic. He is the chairman of the board of directors of the OrgNefteGaz Research and Production Association, which is called one of the permanent contractors of Transneft in the region. Data from the register of companies managed by Khakimov: 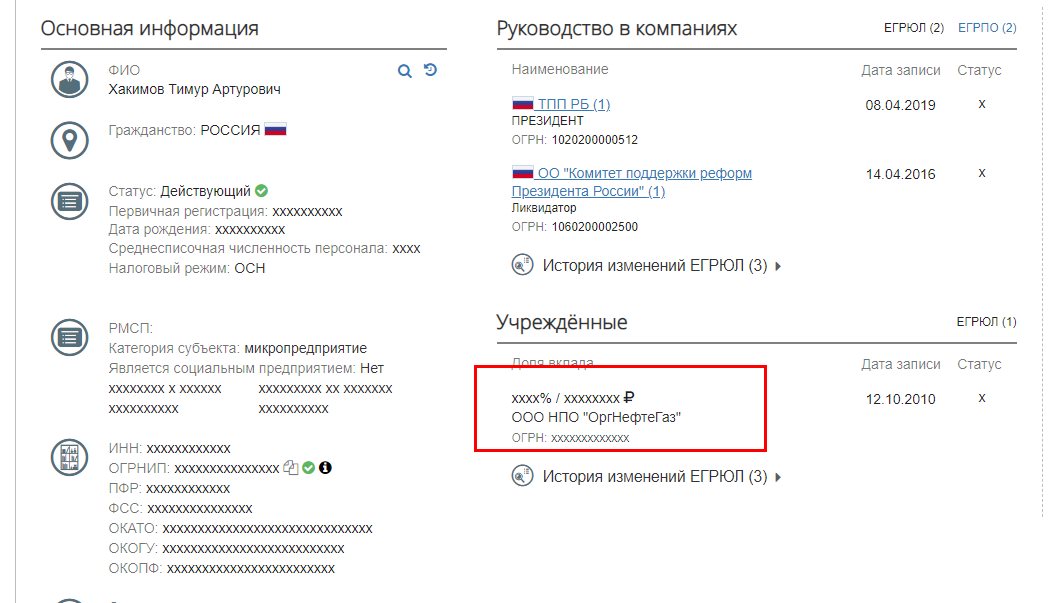 Indeed, from these official sources it follows that only in 2015-2018, OrgNefteGaz concluded a number of contracts with one of the subsidiaries of Transneft, JSC Transneft-Diascan, for a total amount of 209 million. rubles. In addition, there were contracts from other subsidiaries – Transneft-Ural, Tansneft-Siberia, OOO Transneft Research Institute – which often included amounts with six, and sometimes seven or eight zeros. In 2016, Timur Khakimov took fourth place in the ranking of the richest deputies of Bashkiria. As Komsomolskaya Pravda wrote, at that time his income amounted to 24.5 million. rubles, and in a commentary to the publication, the businessman himself emphasized that he earns mainly by scientific activities. Student businessman The politician himself likes to talk about the fact that he “built his business from scratch, without a penny of budget money”. From his official biography it follows that he began working at OrgNefteGaz in 2008, and immediately in the position of General Director. Considering that at that time the future deputy was only 24 years old, and he was still a student, it remains only to believe in exceptional intellectual abilities. Or someone's high patronage, which could subsequently help to resolve issues in various directions. Timur Khakimov entered big-time Bashkir politics in 2011, when he was elected to the regional political council of United Russia.. After a short tenure as a municipal deputy, in 2013 he ran for the regional Legislative Assembly and becomes a republican politician. But if oil concerns are its main customers in business, then who so persistently contributed to its political growth? In the press, you can find a version that at certain times the young politician was the creature of Vyacheslav Volodin. But there is no direct evidence for this.. But the name of the person who is credited with the success of Khakimov in the public arena is known – Oleg Polyakov. Machiavelli from Bashkiria If you believe the publications in the media, then Timur Khakimov was initially, as they say, close to the “Polyakov-siloviki” bunch. They wrote that it was he who arranged for his senior comrades a luxurious vacation in a cottage located on the banks of the Pavlovsk reservoir, on the territory of the so-called. “Bashkir Switzerland”. VIP-persons arrived at the place of rest by helicopter, a yacht was provided for their services, and the territory itself was fenced with a blank fence. In such an environment, you can relax and talk about business. Bashkir Switzerland: 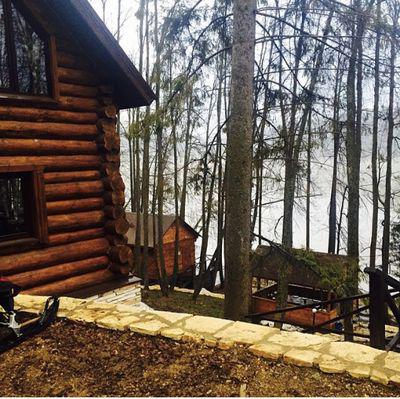 Photo of Khakimov at the same location: 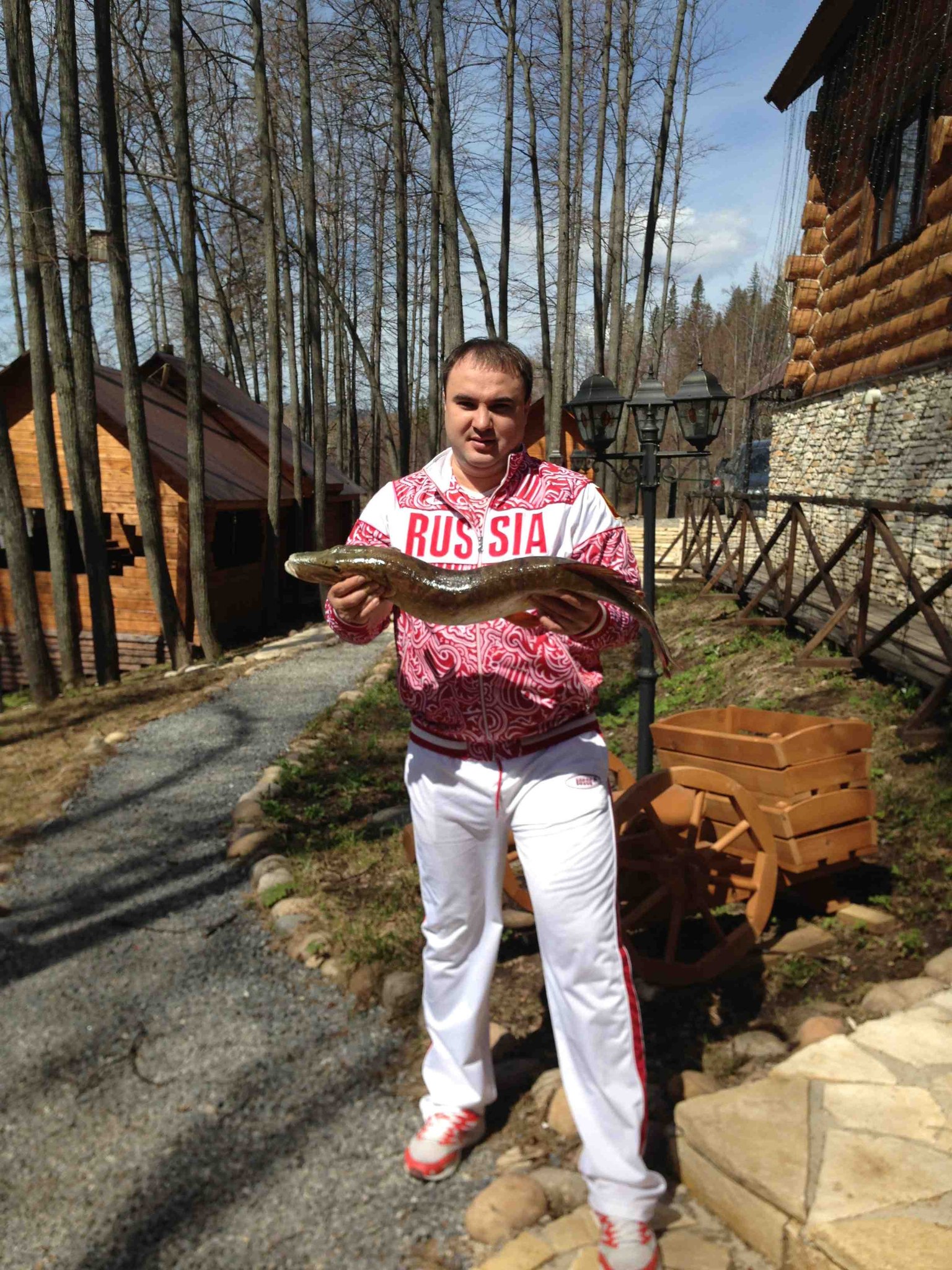 Presumably, during one of these gatherings, the idea of moving Khakimov into power was born.. The latter has already entered the regional political council of United Russia and became a municipal deputy. In general, a promising shot! The press wrote about the Napoleonic plans of the Bashkir Machiavelli. In short, their essence was to get the young protege to the regional parliament, then to the State Duma, promote him at the federal level, and then lobby for the appointment of Timur Khakimov to the post of head of the republic. 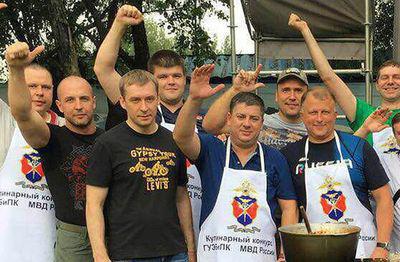 Someone will say that all this is nothing more than small-town conspiracy theories or delusional dreams of drunken officials. But in 2013, Timur Khakimov became a deputy of the Kurultai! And soon after the transfer of the Ufa security forces to Moscow, Peton began to receive more and more steep contracts. Money, as you know, is also a necessary thing in politics. However, the whole scheme collapsed after the initiation of a criminal case against the notorious Colonel Dmitry Zakharchenko, who was a subordinate of Andrei Kurnosenko and was also involved in the Ufa issue.. As the media reported, part of the criminal billions confiscated from him during the search could be of Bashkir origin, and be obtained from the “implementation of a fraudulent scheme involving the Bashkir company Peton.”

Telegram channel Kompromat GROUP recommended the head of Bashkiria to replace the head of the Chamber of Commerce and Industry of the republic Timur Khakimov, who left

Repost from: Bash on bash Tg-channel Kompromat GROUP recommended the head of Bashkiria to change the head of the Chamber of Commerce and Industry of the republic Timur Khakimov, who left a bright mark in the gray schemes for withdrawing money. This would be the right decision. Official information about Khakimov: 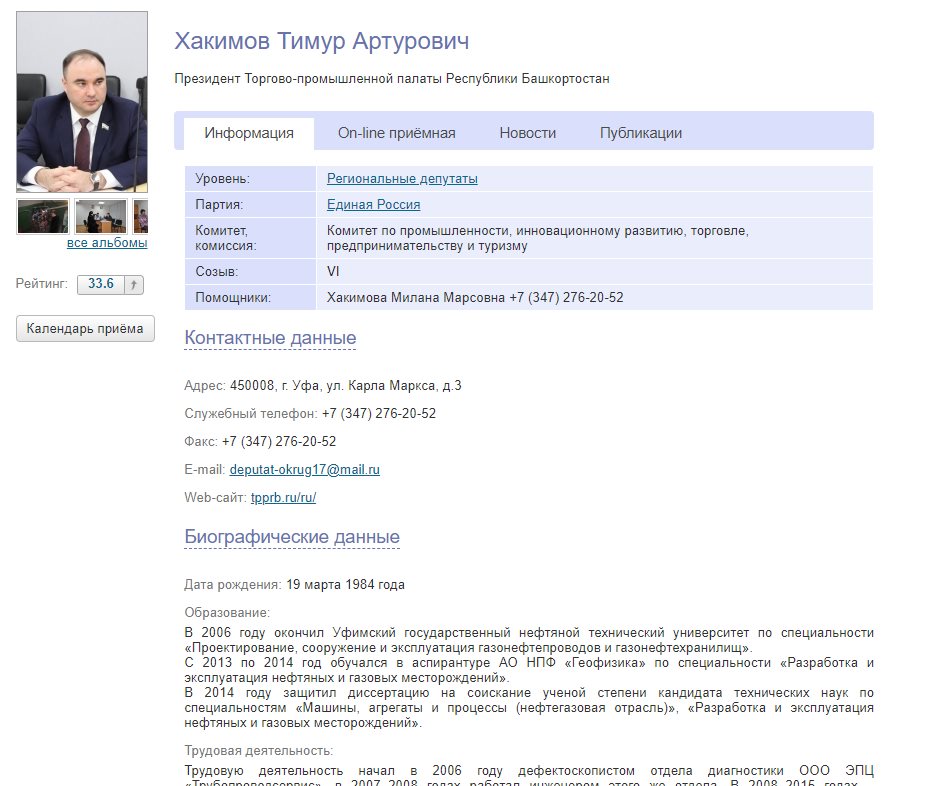 Khakimov is in Khabirov's inner circle and, according to rumors, every week he has a personal meeting with the governor two or three times. During the pandemic, the Chamber of Commerce and Industry of Bashkiria actively purchased PPE under multibillion-dollar contracts for the needs of the republic at inflated prices. Cooperation in healthcare is complemented by PPP in other areas. Probably, Khakimov understands that he is not insured either from the bag or from prison.. Therefore, on the basis of its enterprise LLC NPO OrgNefteGaz, together with the government of Bashkiria and the Federal Penitentiary Service in Ufa, opened a correctional center for 70 convicts sentenced to forced labor. Business is a solid benefit – savings on paying taxes and, again, on the salaries of employees. The idea of business colonies was promoted by Khabirov, Khakimov was the first to volunteer to support him. What you can’t do when everything is at stake, such figures prefer to share the risks. The fight for a glass of champagne between Khabirov and Khakimov will be spectacular, if one of them starts to lose ground. GROUP compromising evidence: 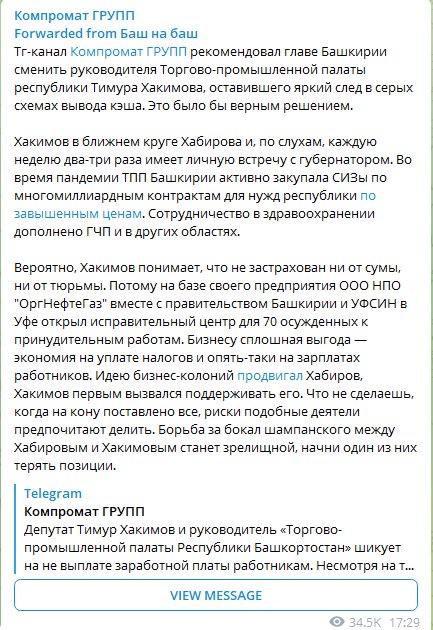 Deputy Timur Khakimov and the head of the “Chamber of Commerce and Industry of the Republic of Bashkortostan” show off on non-payment of wages to employees. Despite the fact that there is a real financial opportunity for the Chamber and that he himself is among the ten richest people in Bashkiria, he does not hesitate to spend the money that should be directed to payments to employees for his personal needs and for the maintenance of the people he “necessary” . Compromising articles from the telegram channel “Compromising GROUP”: 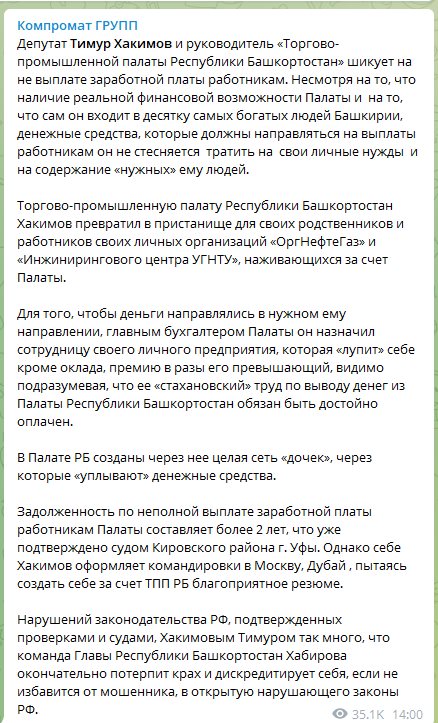 Khakimov turned the Chamber of Commerce and Industry of the Republic of Bashkortostan into a haven for his relatives and employees of his personal organizations “OrgNefteGaz” and the “Engineering Center of USPTU”, profiting at the expense of the Chamber. Photo from Khakimov's official Vkontakte page: 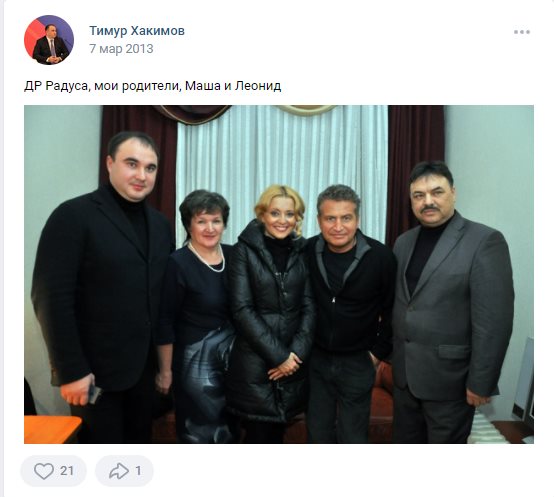 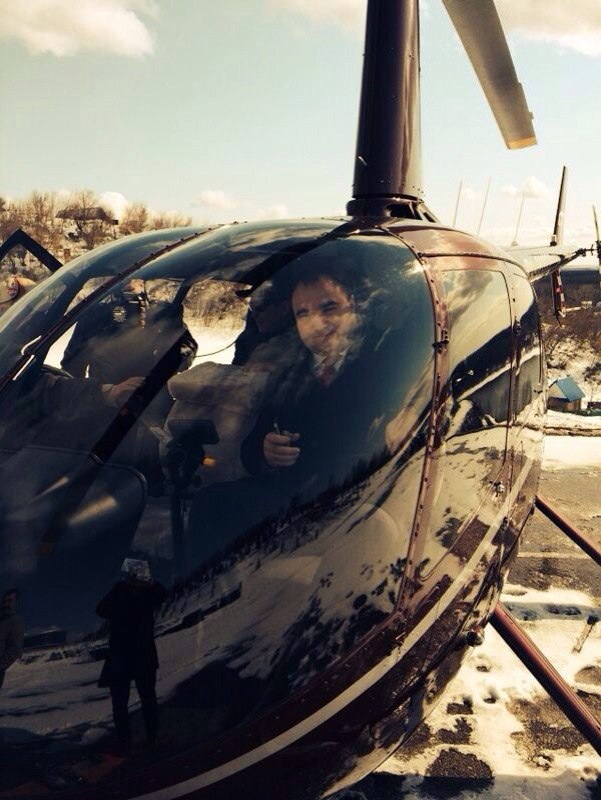 Timur Khakimov, thanks to the funds of the citizens of Bashkortostan, bathes in luxury. Likes to ride in his Bentley, on yachts, prefers expensive resorts. Embezzlement and financial fraud is his forte.