The host of the talk show "No Taboo", a very famous person ...

Corruptionist, supporter of Poroshenko and Yushchenko ...

"There is freedom of speech in the country, you need to be able to use it," said Olga Gerasimyuk, a journalist and Verkhovna Rada deputy. Her words produced a storm of angry comments on the Internet. It's funny to hear such statements from a woman who "cleans up" traces of compromising evidence after herself, and worries about her reputation. Fortunately, not all information has been lost, and fragments of stories about bribes and other violations of the law are still floating around the net. There is nothing left of the bright image of the host of the "Without Taboo" program, there is only a corrupt journalist who is being watched by NABU. 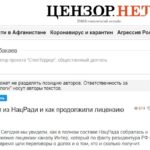 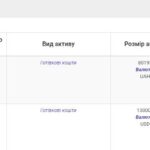 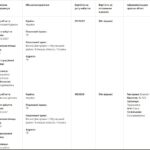 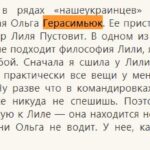 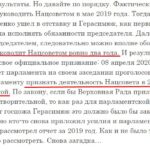 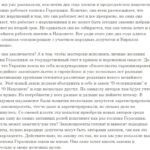 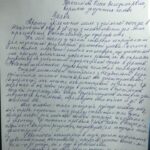 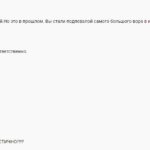 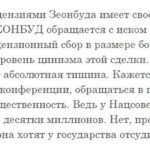 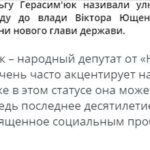 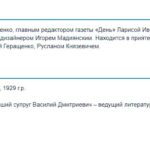 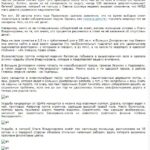 Head of the National Council of Ukraine on Television and Radio Broadcasting Place of birth. Education. Born in Piryatin, Poltava region. In 1981, Gerasimyuk graduated from the Taras Shevchenko Kyiv State University, Faculty of Journalism.

Olga was married twice. Her first wife is not reported in the press. The second chosen one of Olga was the writer Vasily Gerasimyuk. In 1982, the couple had a son. His parents named him Ruslan. According to the journalist, she has not yet met the man of her dreams. Olga also notes that not everyone can find true love.

In the 2006 parliamentary elections, the non-partisan Gerasimyuk received a mandate as a People's Deputy of Ukraine from the Our Ukraine bloc (No. 4 of the electoral list). She became a member of the Verkhovna Rada Committee on Freedom of Speech and Information. In the early elections of the Verkhovna Rada of 2007, she was included in the list of the pro-presidential bloc Our Ukraine – People's Self-Defense (NUNS) under No. 6. In Parliament, she chaired the subcommittee on cooperation with NATO of the Committee on European Integration. June 2010. joined the deputy group For Ukraine! Vyacheslav Kirilenko. In the autumn of 2012, in the elections to the Verkhovna Rada of the VII convocation, she ran for the single-mandate constituency No. 139 in the Odessa region from the UDAR party of Vitali Klitschko (her candidacy was nominated by a single candidate from the opposition forces), but lost to regional Alexander Presman. In July 2014, Olga Gerasimyuk became the first deputy chairman of the National Council of Ukraine for Television and Radio Broadcasting.

Having gone into politics, Gerasimyuk never tired of repeating that it is very important for her to support the implementation of Viktor Yushchenko's election program “10 steps towards people”. She actively supported the president's initiative to deprive people's deputies of solid social benefits. According to observers, in the first ranks of Our Ukraine, and then the NUNS bloc, the well-known TV journalist was not least due to the popularity and high ratings of her talk show “Without Taboo”, which tells about the big problems of little Ukrainians.

According to the politician herself, Arseniy Yatsenyuk himself deleted her from the pre-election party lists. Moreover, in an interview, she said that the politician did this without the knowledge of Tymoshenko. During the election campaign, when the journalist ran in the Odessa region, she did everything possible to displease the local authorities. Since Olga Vladimirovna accused the authorities of the actions that led to the blooming of the sea, and also that she forbids placing advertisements for the Udar party on the territory of the Odessa region.

Unsuccessful attempt to communicate with voters

Olga Gerasimyuk arranged a meeting with voters in. Peremozhne, and came into conflict with a local activist. 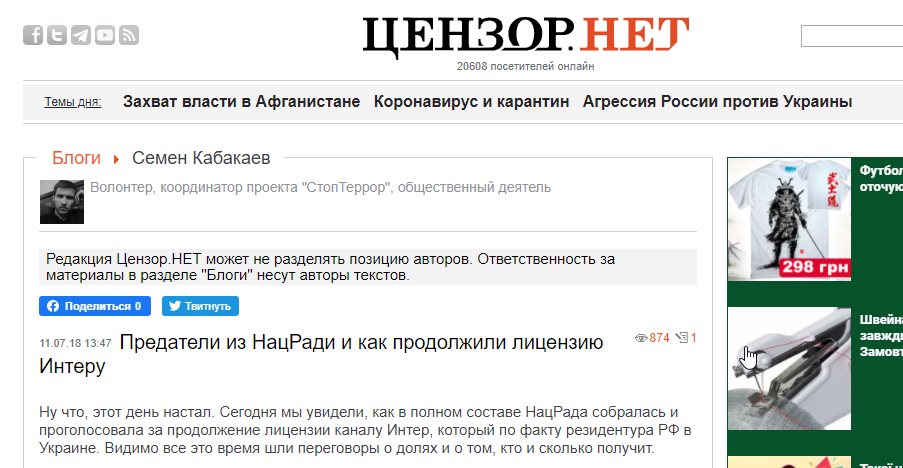 Forgot about the account and deposit. And about. head of the National Council Gerasimyuk under investigation by NABU

The first deputy chairman of the National Rada for Television and Radio Broadcasting, a former popular TV presenter Olga Gerasimyuk, did not enter funds in the declaration for a total amount of more than 6 million hryvnias. Lawyer Yuriy Zakharchenko found confirmation that Gerasimyuk has undeclared funds. Earlier, he initiated an investigation into a bribe, in which the official was suspected of receiving. So, in the annual declaration for 2015, Gerasimyuk did not indicate a bank deposit in PJSC “Commercial Bank “Financial Initiative” in the amount of 147.7 thousand. US dollars, but only salary, insurance and cash in the amount of 210.2 thousand. dollars. In 2016, the official indicates in the declaration, in the section “Income, including gifts”, the funds received from Extrar LLC under agreements on the assignment of the right to claim. However, she forgets to mention the account at Raiffeisen Bank, information about which already appears in the declaration for 2017.

There, Gerasimyuk indicated interest in Raiffeisen Bank Aval JSC in the amount of 6.5 thousand rubles as a source of income.. hryvnia, but in the section “Money assets” there are no bank accounts in the mentioned bank. Data on bank accounts in Raiffeisen Bank Aval first surfaced in the declaration of an official only in 2018, when she indicated a deposit account for a total of 305.2 thousand. hryvnia 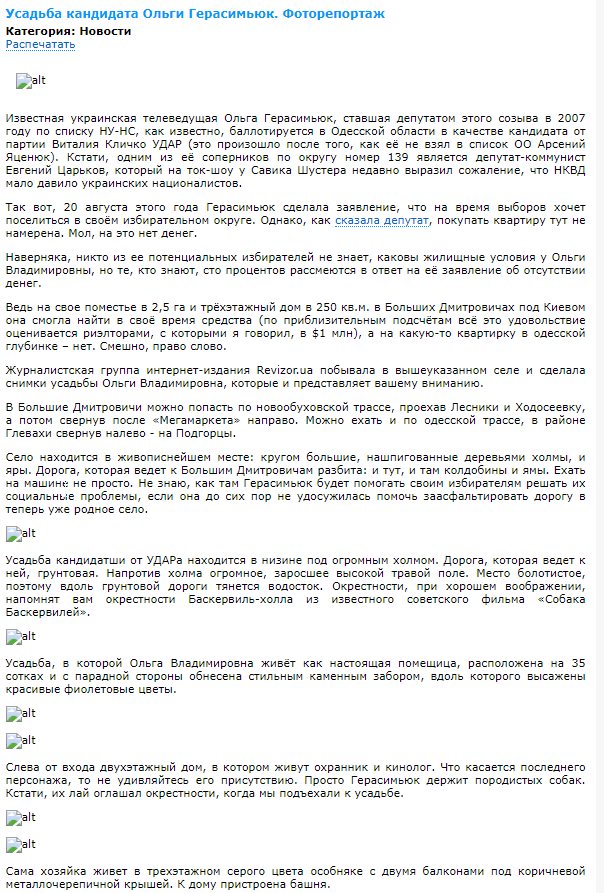 Thus, Olga Gerasimyuk, being the first deputy chairman of the National Council for Television and Radio Broadcasting, provided deliberately false information, thereby committing a criminal offense under Article 366 of the Criminal Code of Ukraine. For this, she may face liability up to imprisonment for up to two years, and in the best case, a fine of 2,500 to 3,500 tax-free minimums or community service. Lawyer Zakharchenko submitted an application for a criminal offense to the National Anti-Corruption Bureau on February 10, but eight days later it remained without consideration. As a result, Zakharchenko complained about the inaction of NABU to the Supreme Anti-Corruption Court. 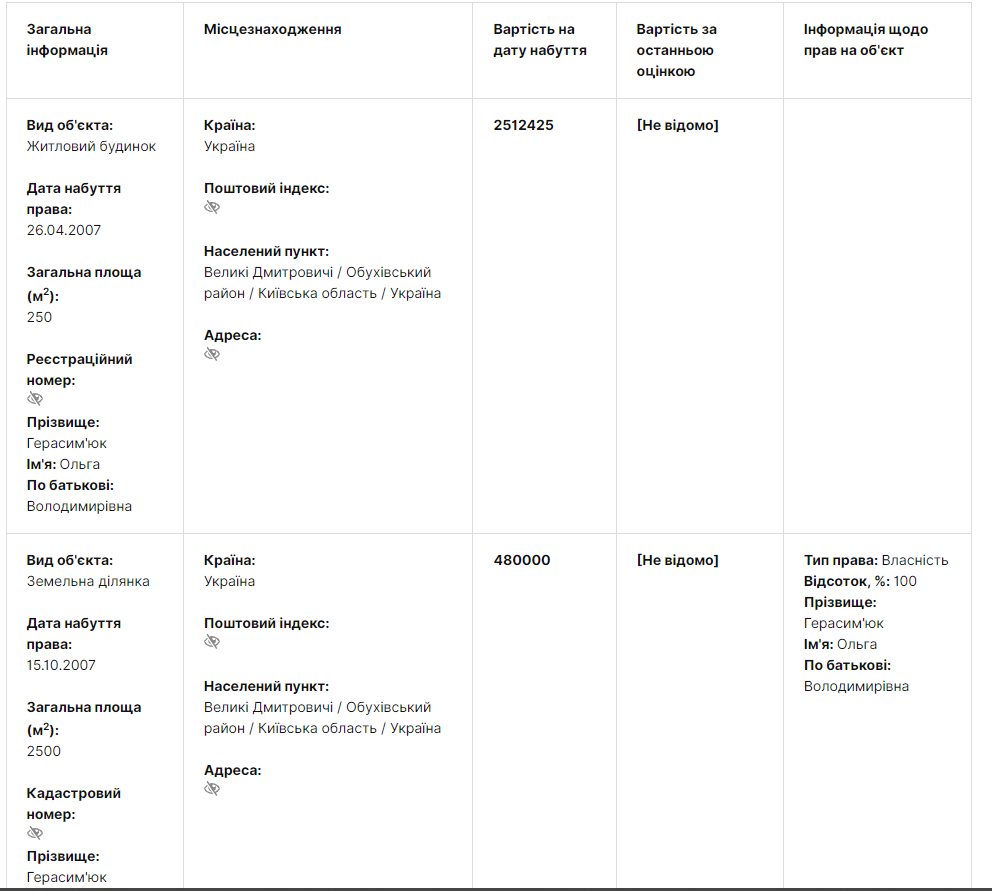 By a decision dated March 4, VAKS satisfied the lawyer’s complaint and ordered NABU to enter data on criminal offenses into the Unified Register of Pre-trial Investigations. 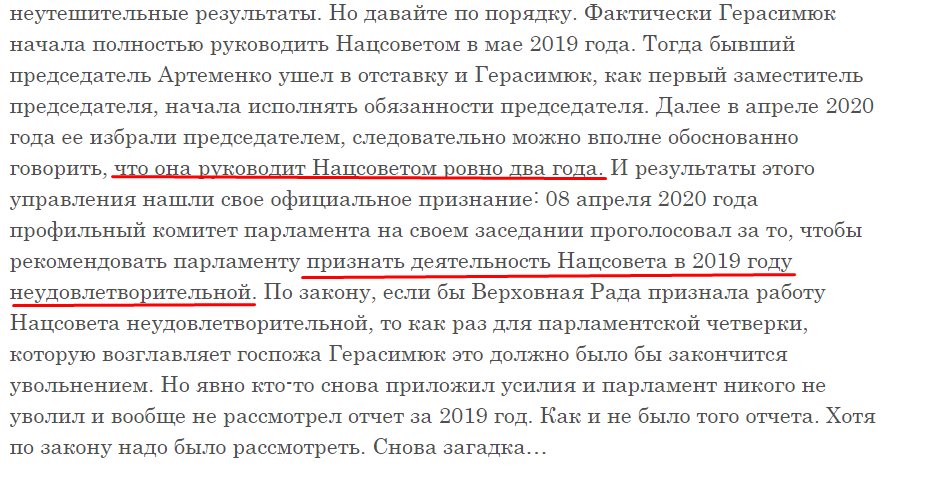 It is difficult to imagine a greater absurdity. The state has a situation where, since July 2019, three illegitimate members have been working in the Special Constitutional Body, one of which is the chairman of this body. This can have really terrible consequences for the whole country, since all decisions over the past two years that have been adopted by the National Council, which includes three illegitimate members, will also be considered illegitimate.. The National Council issued, extended or reissued hundreds of licenses for television and radio broadcasting, and in fact all these decisions are illegal. It became known that now various trials are going on in parallel to recognize these members and the chairman of Ms. Gersimyuk as illegitimate, obviously, due to her efforts, the consideration of these cases in the courts is maximally delayed, but the consequences will be even more terrible if the courts recognize the illegitimacy of the chairman of the National Council and two members. 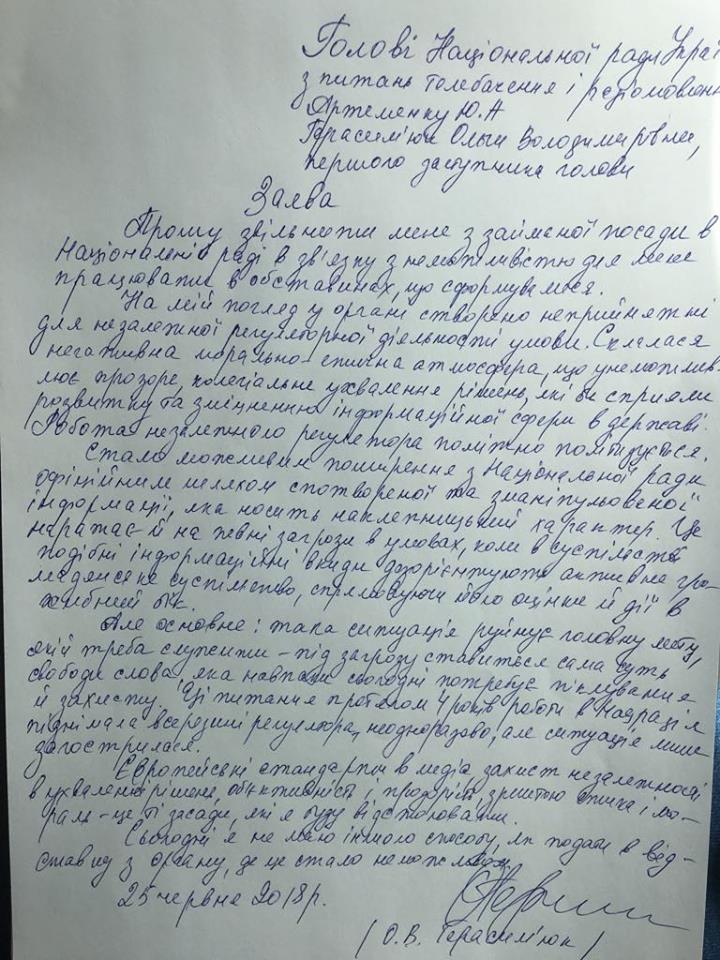 Almost since the beginning of 2020, the entire media market, with bated breath, was waiting for the outcome of the situation with the renewal of the license of the single Ukrainian nationwide digital television operator of the company ZEONBUD. The situation around this company has always raised a lot of questions throughout the 10 years of its license, even starting with who is its real owner. The National Council had no formal claims to the ownership structure of this company, but there were claims to its activities.

In particular, they called the violation of the terms of the license for nationwide coverage, and numerous complaints from consumers from all over Ukraine about the lack of a signal. When in December 2019 the National Council even decided to create a new digital multiplex MX 7 on the basis of the state PRT Concern, many experts began to say that ZEONBUDU might not renew the license. However, unexpectedly, everything ended very well for Zeonbud, since on October 29, 2020, the National Council quickly and even somehow routinely extended all four licenses. At the meeting, the Chairman of the National Council proposed to write additional obligations for ZEONBUD in the license, although it was obvious to everyone that the issue had already been resolved.

But that's not all. In February 2021, the court, by its decision, canceled the decision of the National Council on the creation of a new state multiplex MX 7, which could create real competition for ZEONBUDU. And again silence from the chairman of the National Council. Where are the statements to law enforcement agencies? Where are the press conferences? Absolute silence. How everything goes well for ZEONBUDA. And the court removed the only possible competitor, and through the same court you can get another 24 million from the National Council. We have such a calm, systematic game on the part of the National Council in favor of ZEONBUDA. In words it seems strict, but in reality everything is as it should be. And all this in silence. So calmer. Big money loves silence. But it seems to us that in this situation, in addition to ZEONBUDA, there may be one more beneficiary. And his name is Gerasimyuk OLGA Vladimirovna.

Olga Vladimirovna was a role model for many people. Everyone knew her talk show “Without Taboo”, and admired the success and responsiveness of the journalist. But like most “valiant politicians” she sold out. Sold to the authorities, for a lot of money. And now nothing remains of that bright image of the former Gerasimyuk.