Head of the customs post of the Rava-Russkaya Lviv customs of the SFS. ...

Nikolai Drobovich is a corrupt official, extortionist and schemer. Actively supported smuggling, and other illegal things while staying at the post of customs officer. Got caught on a bribe. 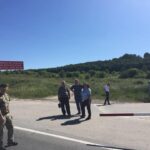 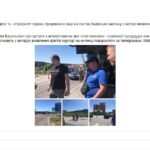 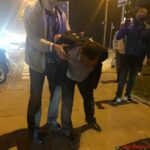 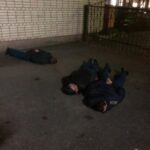 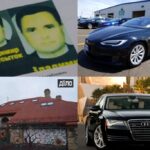 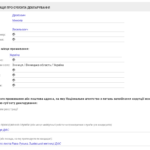 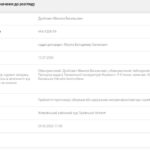 Head of the customs post of the Rava-Russkaya Lviv customs of the SFS. Born on May 18, 1970.

In the Lviv region, a Vinnitsa resident, the head of the customs post, was detained on a bribe. 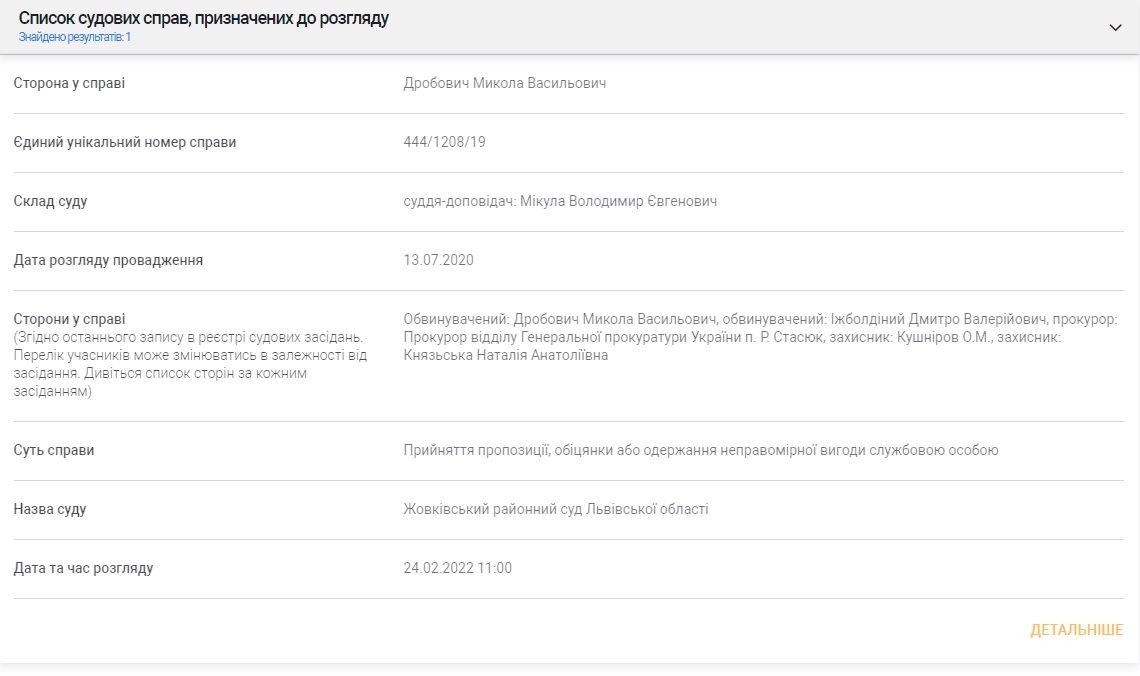 SBU operatives detained the head of the customs post in Rava-Russkaya, Vinnitsa resident Nikolai Drobovich. According to the Prosecutor General's Office of Ukraine, Mykola Drobovich, together with an accomplice, demanded 21,000. UAH. bribes for unhindered customs clearance of goods. 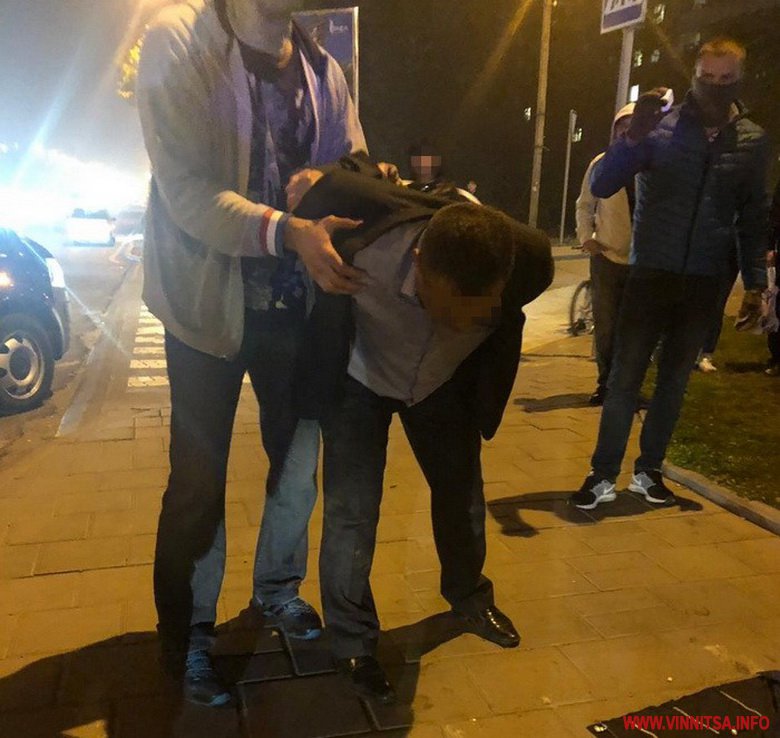 However, according to law enforcement officers, this is not the only case of extortion and bribery.. At present, these individuals have been documented taking bribes of at least 70,000. UAH. According to the electronic declaration, Nikolai Drobovich lives in Vinnitsa. 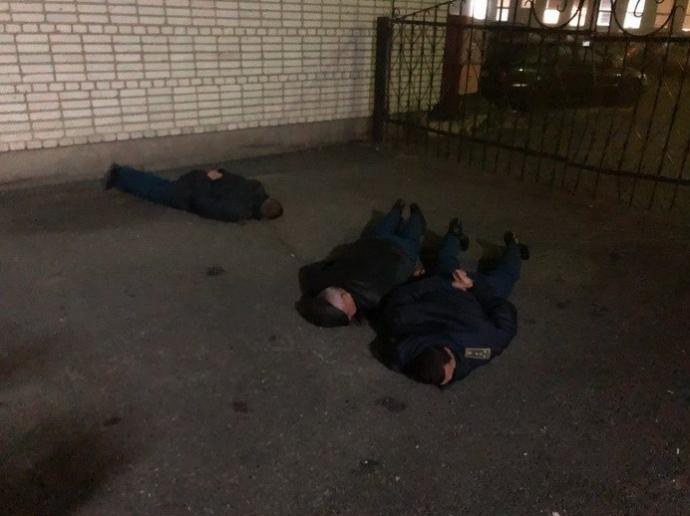 Together with his wife Irina, they keep 420 thousand. UAH. Moreover, in 2018, Nikolai Drobovich, working as the head of the Rava-Russkaya customs post, declared 220 thousand. UAH. salaries. His wife indicated only 14 thousand. UAH. rental income. The city of Rava-Ruska, where Drobovich worked, is located in the Lviv region on the border with Poland.

IP DELO journalists continue to talk about a whole corrupt clan, which for years has been formed around itself by one of the most influential Lviv customs officers Volodymyr Polusytok. In this part of the program: expensive cars and estates behind high fences, issued to the mothers of customs officers. Bribes directly in the pockets of officials and the “poor” heads of the customs post “Rava-Russkaya” Nikolai Drobovich and Dmitry Yakobchuk. 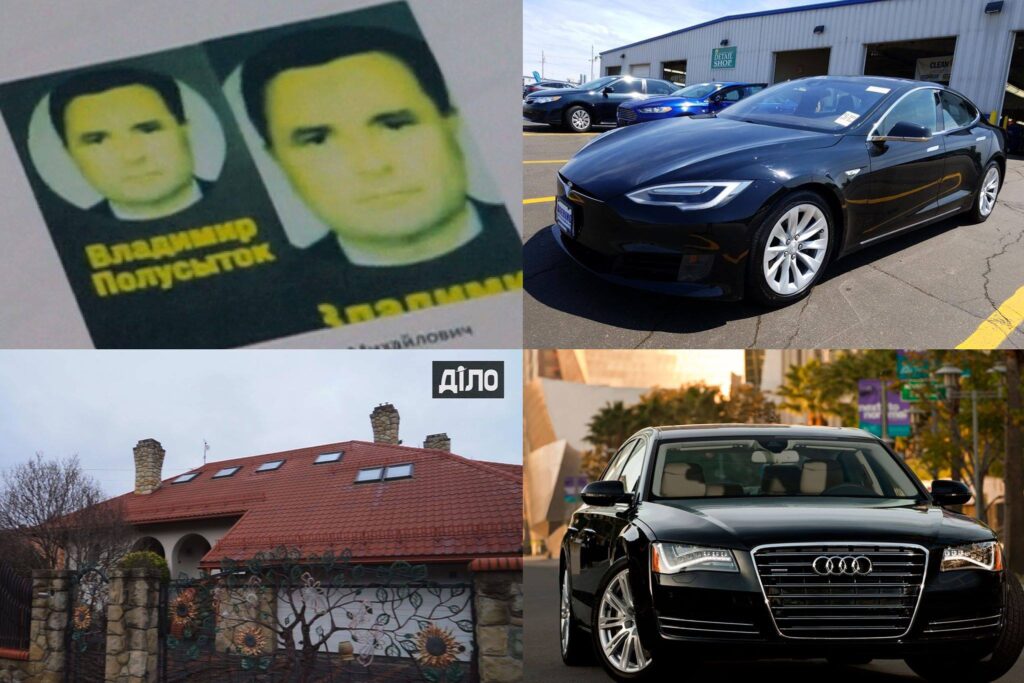 “Rava-Russian. This post, and all four shifts working on it, which change each other every 12 hours, work for Vladimir Polusytok. The senior shifts on Rava are Irina Novosad, Alla Hanushchak, Orest Kobrin and Olesya Zabrovarnaya,” journalist Yevgeny Plinsky noted in his program. But before introducing you closer to this four, it should be noted that above the shift leaders there is also the head of the customs post and his deputy. Until recently, when Vladimir Polusytok was at the height of his powers and influences, Rava-Russkaya was led by Drobovich Nikolai Vasilyevich. On the official websites, he is still listed as the head of this customs post.. He became famous for being caught red-handed by SBU employees in 2018, with a bribe in his pocket. 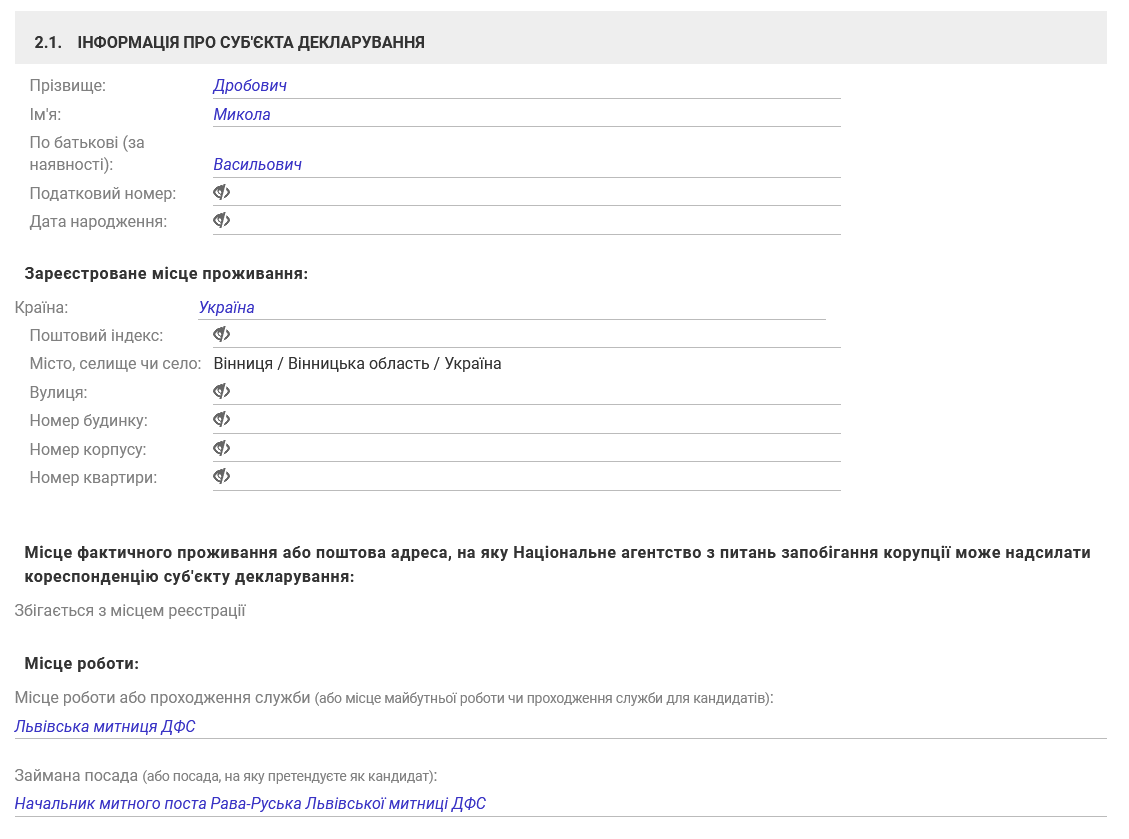 According to the accusation, together with an accomplice, they demanded 21,000 hryvnias from entrepreneurs for unhindered customs clearance of goods. In total, law enforcement officers documented the receipt of bribes by these persons for 70,000 hryvnias.. Despite the “weak nerves” before bribes, the Drobovich family is not rich, of course, by bureaucratic standards: only one apartment in Kyiv for 95 squares, in Vinnitsa – for 52 squares and a house in the village. It is interesting that Mr. Drobovich, working in the Lviv region, does not declare a single housing near the place of work. So, we assume that every day he gets to work from Vinnitsa, where he is registered. But on what? Officially, the family does not own a car.. They probably take the bus.. Let law enforcers find out, because an official must declare such things. Investigation of journalists on Lviv customs officers, including Nikolai Drobovich:

With oddities, his deputy Dmitry Yakobchuk is even more interesting. For almost 25 years of work at customs, Yakobchuk failed to finalize his own housing. However, he uses this brand new house near Kovel in Volyn for free. In total, the buildings here occupy 246 squares, the entrance to which is monitored by CCTV cameras from a high fence. No matter how lucky you are with your own housing, you are lucky with cars. In 2018, a customs officer bought two cars at once three times. One in Poland – “Citroen C 5”, for 93.5 thousand hryvnia. And, attention, “BMW X 5” 2008 release for 90 thousand hryvnia! Such a car on the market in Ukraine costs from 400 to 550 thousand hryvnias, and Yakobchuk bought it for 90! That is, 5-6 times cheaper than it really costs.

Continuation of the campaign at customs posts 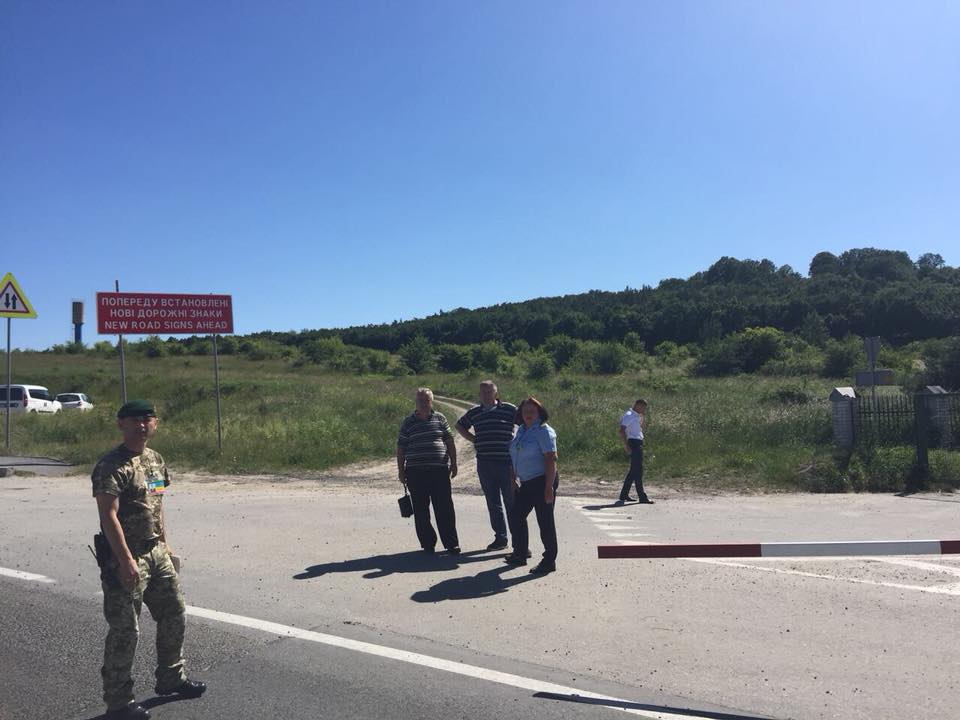 Today, activists of the NGO “Avtoevrosila”, “Slaves are not allowed into paradise”, “Building Ukraine together”, “Guard 1”, “Priority of Law” continued actions at Lviv customs posts in order to identify illegal transportation of goods and identify possible corruption schemes at customs , the correspondent of Lemberg-news.info reports. This was reported by activists Oleg Nakonechny (Avtoevrosila) and Ivan Sprinsky.

The customs post at which they arrived – “Rava – Russian”. The head of the customs post, Drobovich Nikolai Vasilyevich, at a meeting with activists, could not clearly explain “the legal procedure, what guides the workers when they determine which vehicles and cargoes will be checked and which not, and advised to contact the leadership of the Lviv customs with this issue”!!

Nikolai Drobovich – corrupt official, extortionist and schemer. Actively supported smuggling and other illegal things while serving as a customs officer. Got caught on a bribe.