Drug use and possession, vote buying ...

Dmitry Dobkin is a very mysterious character. For the most part, he is famous for using drugs. He treated his drug addiction, but apparently not successfully, since Dmitry Markovich behaves strangely at meetings of the Verkhovna Rada. He also has a huge fleet of vehicles, a large apartment in Kharkov, a wine cellar and a land plot. And he also receives suspicious cash gifts (as it is written in the declaration) in the amount of UAH 10 million. Dmitry Markovich's salary is 66,000 UAH, and hence the question arises: How can one afford a huge fleet of more than 10 vehicles with such a salary, and a vacation of 135 thousand euros? 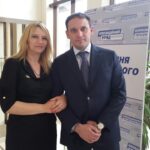 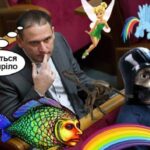 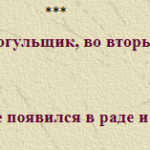 Born on January 8, 1975 Nationality: Ukrainian. Education: Studied at Kharkov school. After graduation, he began his career in his native Kharkov. He entered the National University of Internal Affairs only 5 years later, at the age of 22. And at the age of 27 he graduated from an educational institution, having received the qualification “lawyer” and having mastered the specialty “jurisprudence”. Family: Father – Dobkin Mark Moiseevich, born in 1947. birth. The elder brother of Dmitry Dobkin is Mikhail Dobkin, ex-people's deputy from the Party of Regions, since 2006 – ex-mayor of Kharkov. Wife: Elena Dobkina Children: Mikhail Dobkin, Marco Dobkin, Ilya Dobkin. 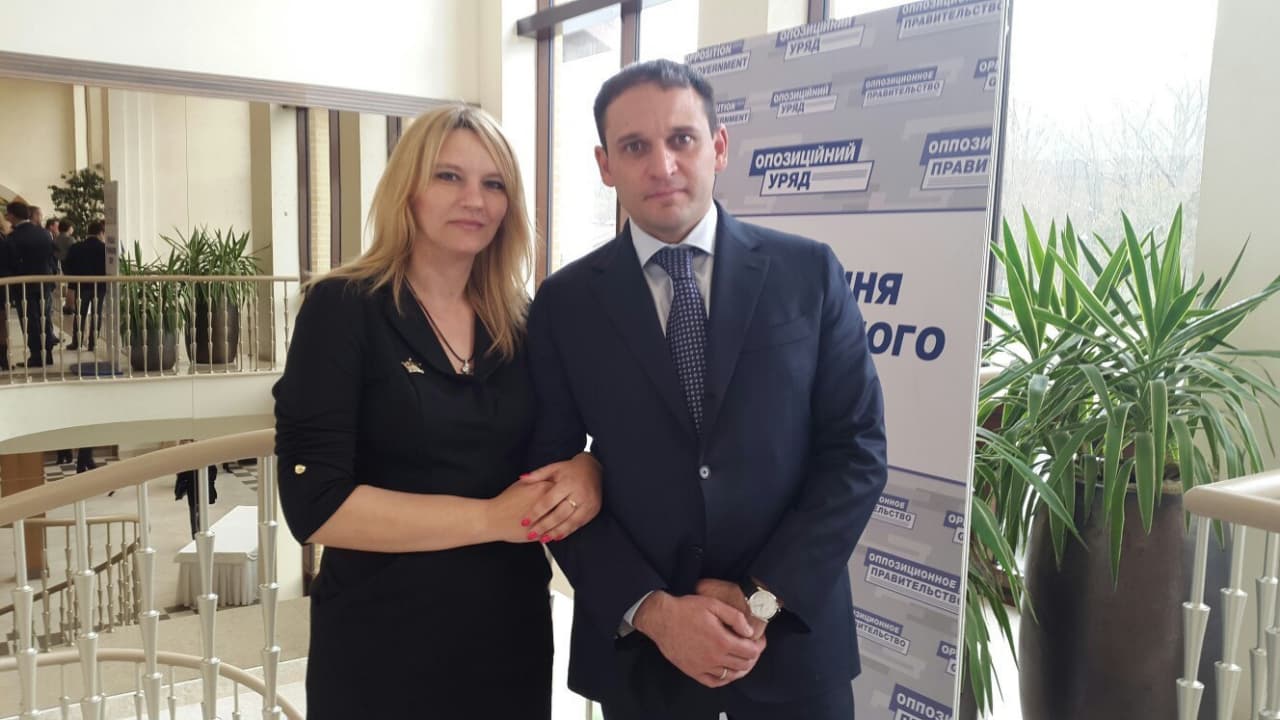 According to his official biography, he allegedly began his career at the age of 16.. Initially, he worked as a distributor in the Progress-90 cooperative for a whole year.. And then the future politician without higher education suddenly becomes a director. And for the next five years, he manages Ukrtorginvest LLC. Then he was a commercial director at the Nika enterprises (2001-2002) and Orbita Plus (2002-2004). Subsequently, the Golden Gate financial institution appeared. Dmitry Markovich took the position of head of the supervisory board of this bank. The co-owner of the institution and its shareholder was Vadim Vishnevsky, who passed away in 2014. According to some media reports, he was “helped to shoot himself”, and he himself could not commit suicide. Reference: 53-year-old businessman, a friend of Dmitry's older brother Mikhail Dobkin, owned 12% of the shares of the bankrupt bank. In June 2014, the institution closed the cash desks where customers were served. A cash withdrawal limit of UAH 200 was introduced. in a day. In August, the bank came under external management of the Deposit Guarantee Fund. In 2006, Dmitry Markovich suddenly begins to build a political career. Here it was not without the help of his older brother – the politician himself does not hide this. He becomes a deputy of the Kharkiv Regional Council of the 5th convocation. He was entrusted with budget matters. And then the politician moves on the beaten track. Four years later, he becomes a deputy of the Kharkov Regional Council of the VI convocation. In 2012. – People's Deputy of Ukraine of the VII convocation, nominated by the “Party of Regions”. Member of the Verkhovna Rada Committee on State Construction and Local Self-Government. The Verkhovna Rada sometimes became a place for his daring and unusual actions. Once the head of urban planning and regional policy became a member of the parliamentary brawl. The father's business, which began with the sale of sugar and vegetables, was later supplemented by the export of butter to Russia.. According to media reports, the partners paid off with oil products. Mikhail Markovich, Dmitry's older brother, quickly mastered the market for oil supplies to the Kremenchug refineries. Growing beets and supplying oil, the Dobkin family supplemented their business with the Novograd-Volynsky poultry farm, which provides the Ukrainian market with chicken meat.

DOBKIN JUNIOR IS IN THE TOP 16 PASSIVE DEPUTY

During the first 100 days of the work of the Verkhovna Rada, the journalists of the “Dear Deputies” program found 16 people's deputies of Ukraine who did not prepare a single request, did not speak at plenary sessions and did not participate in the preparation of bills, Hromadske TV reports.

The brother of the ex-governor of the Kharkiv region Dmitry Dobkin, who represents the Opposition Bloc in the Verkhovna Rada, was also among the passive people's deputies.

Late 2000s. Dmitry Dobkin found himself at the epicenter of a major drug scandal that erupted in Kharkov, in connection with which rumors were circulating about the politician's addiction to drugs. In the summer of 2008, a number of media published a photocopy of the submission of the Main Investigation Department of the Ministry of Internal Affairs of Ukraine to the Kharkiv Regional Council “on taking measures to eliminate the causes and conditions that contributed to the commission of the crime.”

According to the document, Mikhail and Dmitry Dobkin, together with Gennady Kernes, allegedly use cocaine. The case on the use and possession of drugs by Kharkiv mayors was brought to court by the investigation, but on September 24, 2008, it was closed by the Dzerzhinsky Court of Kharkiv. Since December 2012 – Dobkin is a People's Deputy of Ukraine, first from the Party of Regions, and since 2014 – from the “Opposition Bloc”. In parliament, he first served in the ranks of the committee on state building and local self-government, and then on the committee on agrarian policy and land relations. In October 2014, it became known that the department of the Ministry of Internal Affairs in the Kharkiv region opened criminal proceedings against candidates for people's deputies Dmitry Dobkin and Vladimir Skorobagach for bribing voters by distributing food packages. In November 2016, Dobkin Jr. was at the center of a scandal when journalists 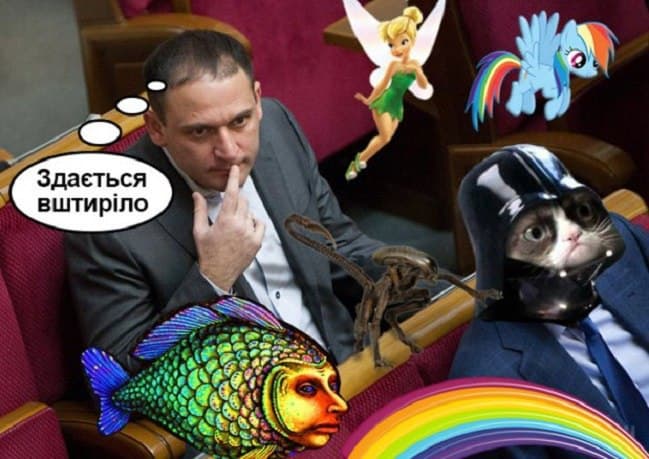 they reported how he allegedly ordered a tour worth €135,000 during a meeting of the Verkhovna Rada. In a video that has become popular, the deputy behaves very strangely after, having retired behind a column, he allegedly drinks something with water.. Dobkin himself then stated that he did not use anything, and his behavior was caused by “problems of a neurological nature.”

People's Deputy Dmitry Dobkin indicated in the declaration the use of the property of the housing construction cooperative “Triumph”, which appears in the criminal case of his brother. Declaration of Dobkin Jr. for 2017 published in the Unified State Register. We are talking about the case of the seizure of property by abuse of power by the ex-mayor of Kharkov Mikhail Dobkin and subordinates in 2008. According to the declaration, Dobkin Jr. has been using the specified property since June 30, 2017. At the same time, the area of residential buildings (1136.9 and 127.6 sq.. m.) and a wine cellar (195.4 sq.. m.) completely coincides with the area of those that were arrested by the court on July 19, 2017. On February 6, 2018, they were arrested again. In addition, a land plot (16823 sq.. m.), the use of which was also noted by Dmitry Dobkin, coincides in area with the one that appears in the criminal case. According to investigators, the Kharkiv city council provided Triumph with this site free of charge, in violation of the law. Mikhail Dobkin commented on this as follows: “He (Dmitry) has been registered there since last year,” he explained. In the declaration of Dobkin Jr., 5 new cars and a trailer also appeared, the ownership of which belongs to him and other family members. According to the declaration, in 2017, Dmitry Dobkin and his wife became the owners of shares in Vladimir-Volynskaya Poultry Farm with a nominal value of more than 5.2 million. The son of the people's deputy works at this poultry farm – he indicated the salary received from her was 33,798 hryvnias. Dmitry Dobkin himself declared 184,203 hryvnias of wages last year. And together with the legacy from his father and a loan from Privatbank, his income amounted to 997,209 hryvnias. The wife of a deputy in 2017 earned 39,350 hryvnias from the Kharkiv regional charitable foundation “Dmitry Dobkin”. Its owner is a deputy of the Kharkov City Council, and the head is Dobkin's assistant. The total income of the people's deputy's family, indicated in the declaration, amounted to 1,070,357 hryvnias. At the same time, unlike the declaration for 2016, Dmitry Dobkin indicated neither the funds associated with the exercise of parliamentary powers, nor compensation for renting a hotel room. All funds are listed as the property of Dobkin himself. This is 5.7 million hryvnia, 309,500 dollars and 1,208 euros. As before, the Dobkin spouses own almost two dozen Hublot watches. Rolex, Breguet, Pierre Kunz, Harry Winston, Jaeger-LeCoultre and the like. The MP also declares a Heym carbine, his wife – jewelry with precious stones. The family's fleet includes Toyota Land Cruiser, Lexus LX570 and Range Rover Supercharger. As in previous declarations, Dobkin notes the investment certificates of the unit venture non-diversified closed-end investment fund “Titul”. Their cost is UAH 19,578,000. On July 13, 2017, the Parliament agreed to the prosecution, detention and arrest of the People's Deputy from the “Opposition Bloc” Mikhail Dobkin. In the actions of the people's deputy, law enforcement officers see signs of a deliberate conspiracy of a group of people to abuse their official position and promote fraud in order to seize 78 hectares of land. Kharkiv with a standard cost of about UAH 227 million. Dobkin denies all allegations.

In Kharkiv, the people's choice has an apartment with an area of 179.80 m². He owns 50% of non-residential premises on 329.60 sq.m.. Three offices – for rent. The wife owns a Kharkov apartment of 420.80 sq.m.. Elena Mikhailovna has four parking spaces in the underground parking lot. Two residential buildings (with an area of 1,000 sq.. 136.9 sq.m and 127.6 sq.m, where the service cooperative “Housing and construction cooperative “Triumph” is located) – another right of use. Land adjacent to the territory – 16 thousand. 823 sq.m., wine cellar – 195.4 m². By the way, the area of these residential buildings and the wine cellar coincides with the area of those that were arrested in court (July 2017). In February 2018, they were arrested again.

Dmitry Dobkin is a drug addict and, unfortunately, he does not want to change. So far, no good deeds have been observed from him, but he, with his deputy salary of 66,000 thousand. UAH, he allows himself to rest for 135 yew. Euro, consume “white powder”, and accept gifts of more than 10 million. UAH. What a difficult job for deputies