And about. Minister of Energy, Director General of the Energy Markets Directorate ...

Ministry of Energy and Coal Industry ...

Creature of Rinat Akhmetov, with a lack of personal initiative and opinion, a lobbyist for ...

Lobbying for the interests of the oligarch, corruption, abuse of office ...

The creature of Rinat Akhmetov, fully lobbies for his interests, has a certain "pedigree" of the Ministry of Energy. At the same time, all her actions are related to one goal – to increase personal income and the income of her trustee – to receive benefits for the Lugansk TPP (DTEK), to develop and adopt the Rotterdam + formula, to make decisions on Energoatom, negligence and lobbying for the interests of a large a market participant in the position of the Directorate of Energy Markets (damage of about UAH 2.8 billion), an obstacle to the reduction of boundary prices for electricity. At the same time, the first woman Minister of Energy in the history of Ukraine, the youngest "Honored Power Engineer of Ukraine"! In the presence of checks on her in the NAZK and after her dismissal from the ministry, she immediately became a candidate for the post of its head … apparently there is no one else. 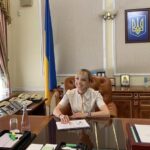 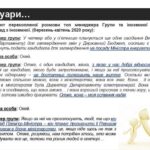 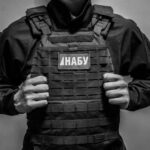 As for the “Roterdam +” formula, Buslavets later in her own interview admitted its absurdity, trying in every possible way to minimize the fact of her involvement in its implementation. In her activities, Buslavets was in constant contact with Maslov, one of the advisers to the minister, who is called the bridge of communication with DTEK. Her deputy was the infamous Yuri Boyko. 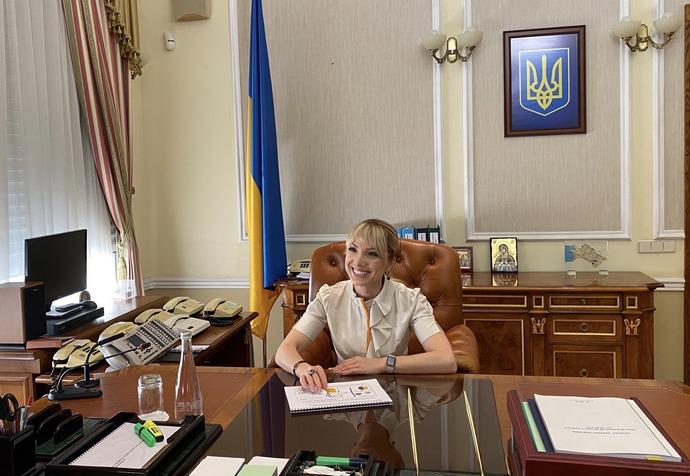 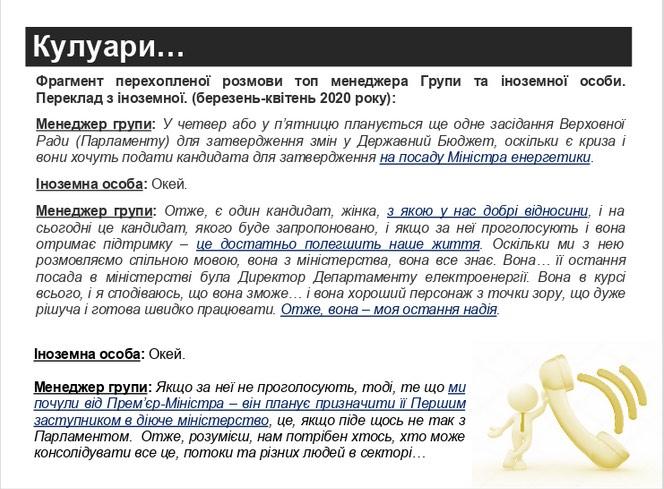 As a result of this decision, Ukraine will pay a contribution to the Fund in the amount of 10 million euros, which, in turn, will allow access to financial support in the form of grants and technical assistance for the implementation of energy efficiency and environmental improvement projects. The result should be a significant reduction in electricity consumption, a reduction in carbon dioxide and other greenhouse gas emissions. But as you know, in Ukraine the effect of such cooperation may not come, but the outflow of a substantial amount has already occurred, although the first stage of cooperation ended positively for Ukraine and with a significant profit. It should also be noted that Buslavets is the youngest holder of the honorary title “Honored Power Engineer of Ukraine”. She received this title for incomprehensible, but merits and invisible, but invaluable contributions to the development of the industry. An interesting situation has developed with the publicized information about the conversation on the topic of the person Buslavets received by NABU. 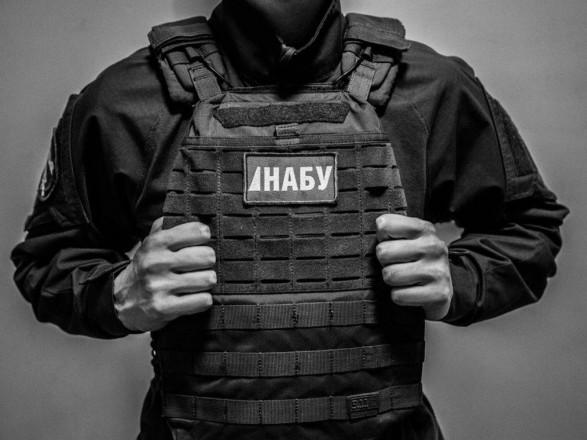 In December, an expert in the field of energy – Trokhimets ironically spoke in the direction of representatives of the NABU because of the attempted informational interference in the process of electing a new Minister of Energy. The reason was the submission by this department to the Verkhovna Rada of a report on the investigation of the “Roterdam +” case. The report included information about the recording of a conversation between one of the managers of DTEK and an unidentified foreign person that took place in March-April. It was about the “rescue appointment” of Buslavets to the post of Minister of Energy. Such actions on the part of employees of the department, Trohimets considers provocative for a number of factors, including in the context of the timeliness of the submission of this information, which may in some way affect the fate of the position of head of the Ministry of Energy. There is a significant amount of logic in the position of Trokhymets, but this situation once again emphasizes the importance and strategic interest of all groups of influence in Ukrainian politics. We remind you that the former manager of NJSC Naftogaz, Vitrenko, was nominated for the post of Minister of Energy, for whom the majority of deputies refused to vote, pointing out his involvement in the increase in gas prices for the population (by 35%) and the high likelihood of him continuing anti-social policies, as well as in loyalty to Akhmetov (lobbied for his appointment). In addition, the office of the president ordered that Vitrenko be paid a $4 million award “for achievements at Naftogaz”… Also, in May 2020, Geo Leros, MP from the Servant of the People, registered a statement of a conflict of interest with the National Anti-Corruption Commission Buslavets during her execution of a separate assignment from the Directorate for the Development of Nuclear Energy and the Nuclear Industry and the State Enterprise “NAEE” Energoatom “. As part of this statement, the NAZK began an inspection. Thus, Buslavets, despite the most interesting track record, which in November 2020 was relieved of the post of interim acting Minister of Energy, remains in the position of First Deputy Minister, according to the draft law No. days. During this time, the prime minister must submit a candidate for the position of minister to parliament, which decides on the appointment of the minister.