A corrupt official, a man without the slightest drop of conscience ...

Vasily Bertash is too rich for an ordinary, honest governor. His relatives also do not live in poverty, because taking advantage of his position, Bertash attached everyone to the "trough". The nephew's firm receives tenders for millions of hryvnias, the son is a pretentious deputy who does not spare money for branded things, and apparently believes that the law does not exist for him, and his criminal acts will go unpunished. The people of Rovno could not stand the omnipotence and impunity of Vasily Bertash and his relatives, and staged a riot in the hope of expelling this fiend. 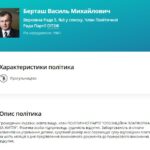 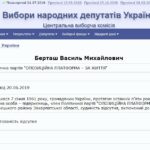 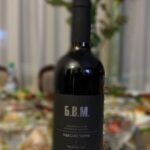 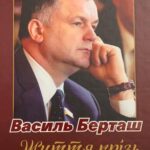 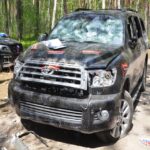 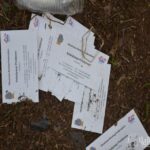 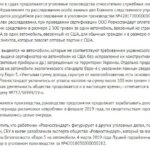 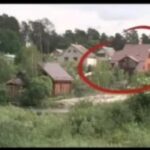 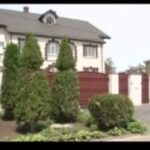 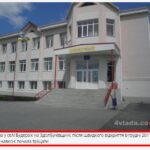 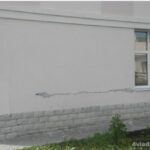 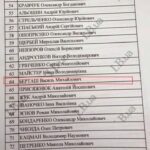 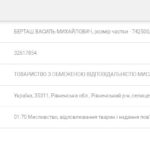 Born in the village of Lesnoye, Rokitnensky district, Rivne region. In 1980 he graduated from the Rivne Agricultural College, in 1995 – the Faculty of Industrial and Civil Engineering of the Ukrainian Institute of Water Resources Engineers with a degree in civil engineering.

He began his career in 1979 as a worker at the Mirgoshchansky state farm-technical school. In 1980 – a construction technician of the collective farm named after Gorky (the village of Romaniv, Lutsk district, Volyn region). After receiving a higher education, he returned to the collective farm as a civil engineer. 1987-1988. – chief engineer of the Klevansky industrial complex, head of the repair and construction department of the Rivne regional mestprom. 1988-1998. – head of the Remstroymontazh production association Goryn, head of Remstroymontazh. 1992-1998. – General Director of the Ukrainian-Polish enterprise REMROL. 1998-2005. – Head of the Department of Capital Construction, Deputy Chairman for Construction and Housing and Communal Services, First Deputy Chairman of the Rivne Regional State Administration. 2002-2006. – Member of the Rivne Regional Council. 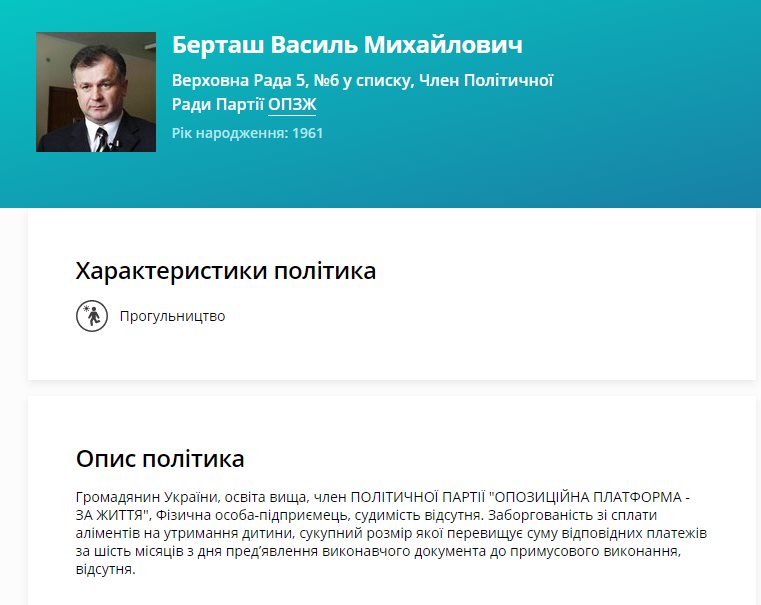 2006-2007. – People's Deputy of the Verkhovna Rada of Ukraine of the 5th convocation from the Party of Regions (No. 155 on the electoral list), First Deputy Chairman of the Verkhovna Rada Committee on Construction, Urban Planning and Housing and Communal Services. On March 18, 2010, by decree of the President of Ukraine Viktor Yanukovych, he was appointed chairman of the Rivne Regional State Administration. March 2, 2014. acting decree. President Oleksandr Turchinov was dismissed from his post, Sergey Rybachok was appointed in his place. Bertash has been a member of the Party of Regions since 2000, headed its Rovno cell, and was a member of the political council. President of the Rivne public organization Billiard Sports Association.

During the 2010 presidential campaign, Vasily Bertash headed the Rivne regional headquarters of Viktor Yanukovych, while working hard to ensure high results for his candidate. For which he received the “bread” governor's position. In the local and central media, Bertash appeared as a virtual no-alternative contender for the governor's seat in the region.

Celebrating an anniversary – get an order

President Yanukovych awarded the Chairman of the Rivne Regional State Administration Vasily Bertash with the Order of Merit, II degree. Yanukovych presented Bertash with an order “for a significant personal contribution to state building, socio-economic development of the Rivne region, many years of conscientious work and high professionalism”. Bertash celebrated his 50th birthday on January 7, 2011.

In the winter of 2008, the son of Bertash Miroslav, the Rivne media accused him of hitting 19-year-old student Olga Goretskaya on an Audi Q7 SUV while drunk.. Allegedly, it was he who was seen coming out from behind the wheel of a jeep by witnesses of the accident. However, later the local businessman Igor Muzyka took the blame for the incident.. He paid the girl the cost of treatment. Six months after the accident, the police closed the case: contrary to the previous testimony of witnesses and traffic cops, it turned out that the collision did not occur at a pedestrian crossing, but 18 meters from it. Miroslav Bertash – Deputy of the Rivne City Council from the Party of Regions, Chairman of the Land Commission of the Rivne Council. Bertas Jr. came to one of the sessions of the City Council with a portfolio of Louis Vuitton worth from 725 to 925 euros.

On the anniversary of the former chairman of the Rivne Regional State Administration, they drank personalized wine and handed out books

The celebration took place in the restaurant “Sport” in Kyiv, and among the guests were relatives and friends of the hero of the day, former and current officials. 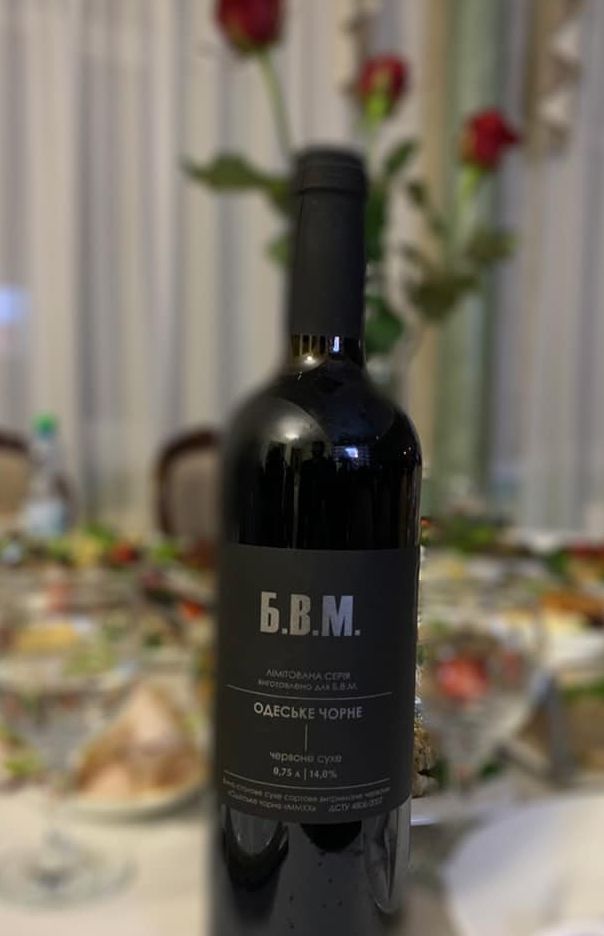 Guests at the celebration were treated to personalized wine “B.V.M” from a limited series made especially for the birthday boy (“B.V.M” is an abbreviation for Vasily Mikhailovich Bertash), and also handed out books “Vasily Bertash: Life through the prism of time “, which was released by friends with a circulation of 500 copies. 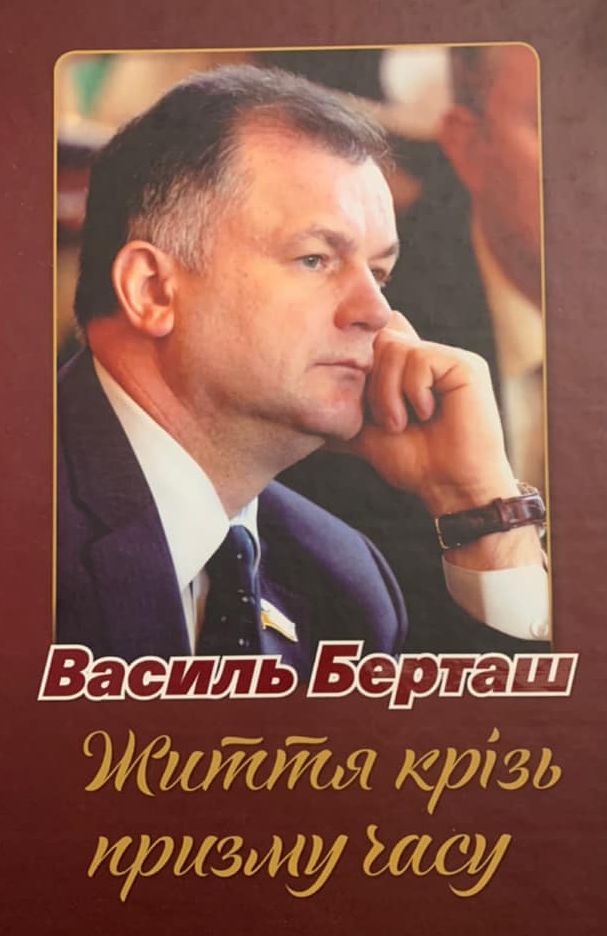 In the Rivne region. as a result of the shootout, 5 people were seriously injured, – media

On May 9, 2014, dozens of people were injured during a shootout in the Sarnensky district in the Rivne region, five of them were seriously injured.. This is reported by the local edition of “Charivne”. A fight broke out between peasants and armed men. While 5 people are wounded, 2 of them have cut wounds, 3 – gunshot wounds. Under the onslaught of the peasants, the militants began to run away and went to the base where they lived. The base itself is located in the village of Strashevo, and its owner is the former head of the Rivne Regional State Administration Vasily Bertash. 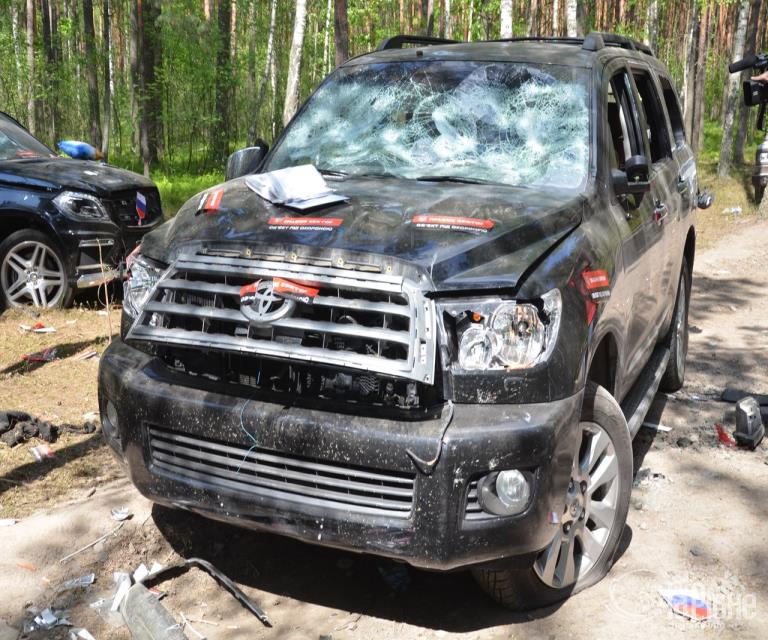 The peasants managed to stop the militants and seized their cars. During the check, a lot of weapons, hundreds of Russian flags and Right Sector stickers were found.. 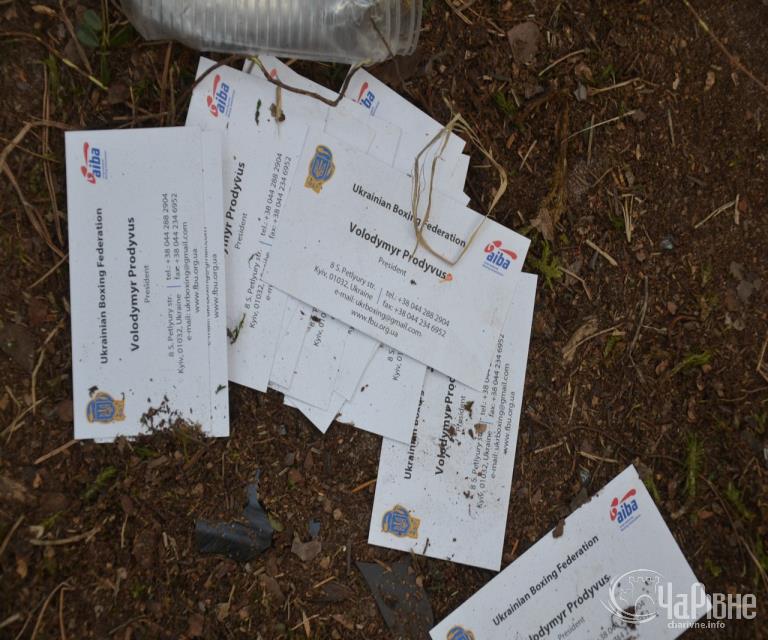 To register a car purchased abroad at the Service Center of the Ministry of Internal Affairs, you need to have a certificate of conformity. However, some certification bodies directly violate the law, earning on citizens and the state.. One such example is Rovnostandart LLC, which operates despite criminal proceedings and even sentences against its employees. 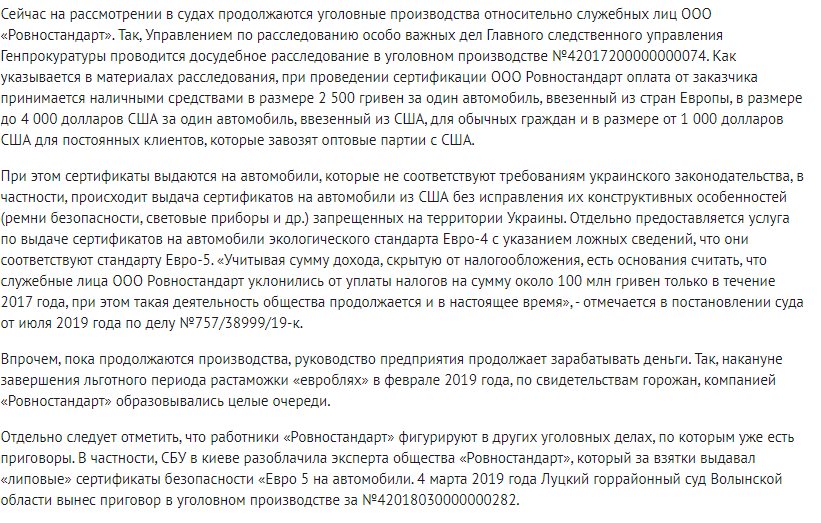 Back in 2015, Nashi Groshi wrote about the illegal scheme by which Rovnostandart LLC managed to “privatize” the issuance of certificates.. So, the former head of the State Enterprise “Rivnostandartmetrologiya” Viktor Zarudny deprived the state enterprise of income from certification in favor of LLC “Rovnostandart”. In January 2014, Zarudny headed the state-owned enterprise thanks to the then governor from the Party of Regions, Vasily Bertash. During the leadership of Zarudny, the number of certificates of DTS “Rivnostandartmetrologiya” has significantly decreased. At the same time, this figure rose sharply in Rivnostandart LLC: income from the state-owned enterprise flowed into private hands. Mustafa Nayyem wrote about schemes for falsifying documents during laboratory tests for certification of cars with the participation of Bertash and Zarudny with reference to the KRU data.

During the hunt for a wild boar, the chairman of the Rivne Regional Council Oleksandr Danilchuk was shot (Fatherland)

On November 6, 2010, he was hospitalized in the surgical department of the Rivne Regional Hospital with a gunshot wound. This was reported to Ukrainian News by a source in the hospital. The source said that Danilchuk was wounded by buckshot in the upper back of his left leg. Danilchuk himself said that he felt fine, but after being wounded, he failed to kill the boar. He also confirmed the information that the chairman of the Rivne Regional State Administration Vasily Bertash took part in the hunt. 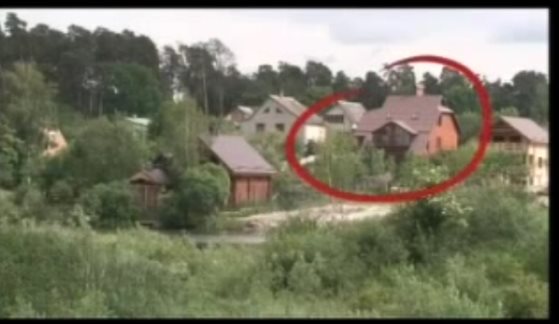 In 2011, he earned a little more – 1393000 651 hryvnia. Also, according to the declaration of income for 2011, the head of the Regional State Administration had another fourth car – Land Rover Defender, and on bank accounts – 3 million 325 000 524 hryvnias. According to the current information from the declaration, the chairman of the Rivne Regional State Administration lives on his own. He did not indicate the family's income. 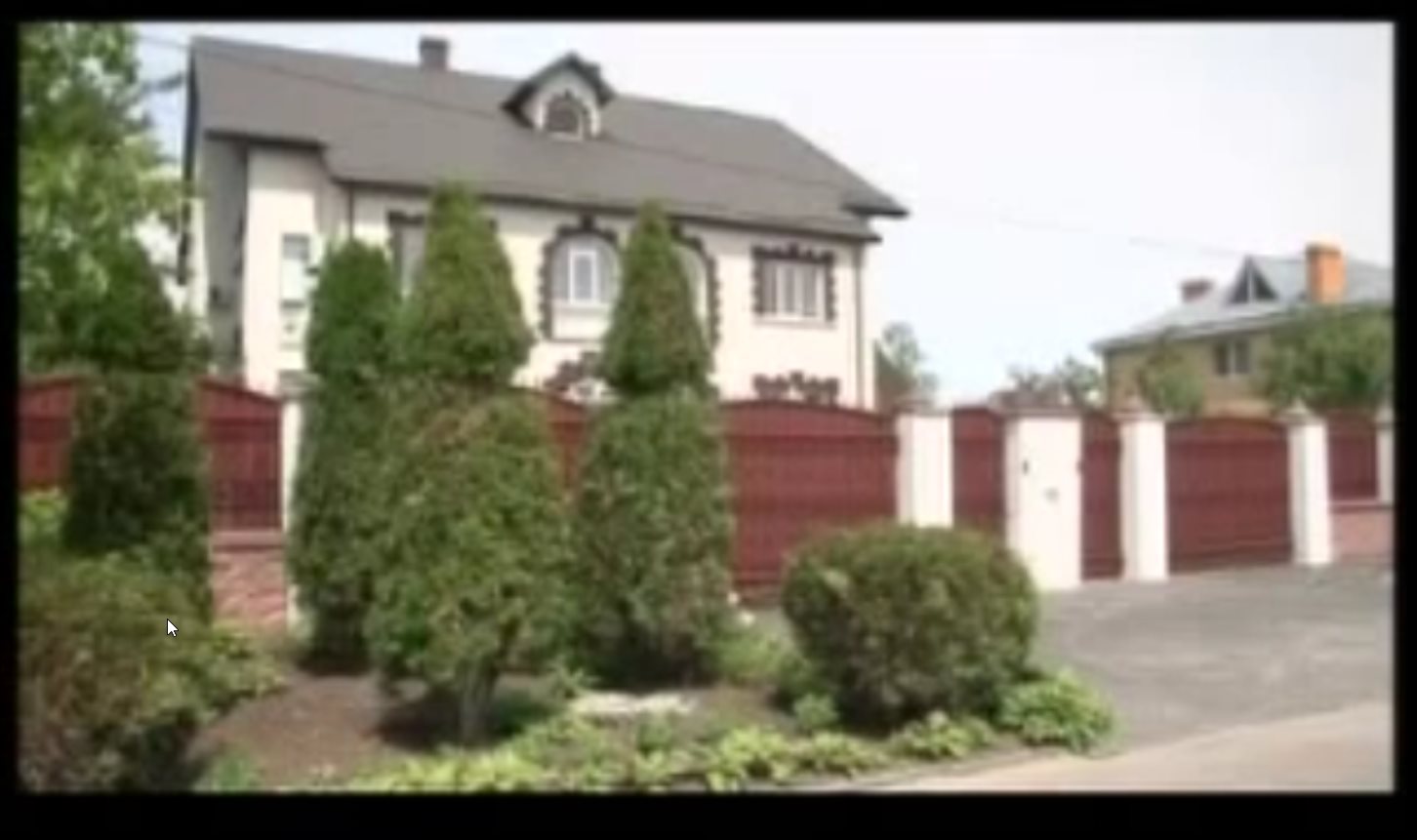 If there are daredevils, we throw Bertash out the window, – the head of the Rivne Right Sector

It looks like Roman Koval said the words about “throwning Bertas” with sarcasm. As he later explained, such poignant phrases were used to “cool off” hotheads.. After all, according to Roman Koval, there is no legal mechanism yet, without the removal of Viktor Yanukovych from power, in order to install an opposition head of the Regional State Administration in the Rivne region.

Who, how and why has been repairing the Rivne ambulance for the fifth year now?. In the history of the reconstruction of the regional hospital, the schemes that operated under his leadership are still relevant. “A million there, a million here – for reconstruction, construction, repairs. What do you know about how officials divide budget money and who gets it? This is a story about two attempts to clean up the Rivne Regional Center for Emergency Medical Aid and Disaster Medicine. The first was for the regionals. The second – under the new government. As it turns out, both have a lot in common.

Why did the nephew of the chairman of the Rivne Regional State Administration build an unreliable three-story school in a village with 47 students? 2011, on the day of St. Nicholas in the village of Buderazh in Zdolbunovshchina, a new school was solemnly opened, for which the villagers have been waiting for more than 20 years. After all, until now, schoolchildren studied in an old emergency building. The modern three-story building on December 19 hosted 75 schoolchildren. The chairman of the Rivne Regional State Administration Vasily Bertash noted at the celebrations that the priority of the authorities is to remove all students from emergency rooms. It was on his initiative that the regional program for completing the construction of problem schools was developed. And it would be possible to give a big plus to the current regional authorities for this, if not for a few strange and contradictory “buts”, which suggest that building schools in the Rivne region is not only vital, but also, probably, quite profitable. A few months later, cracks appeared on the school building. 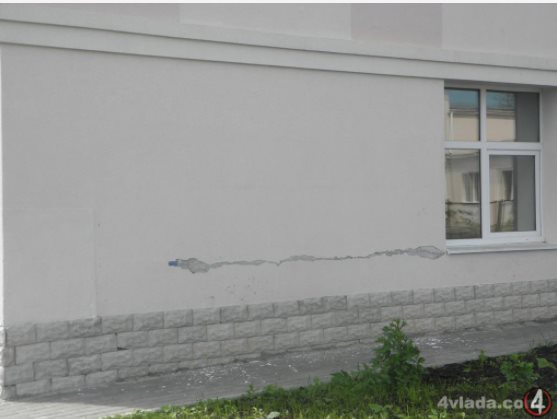 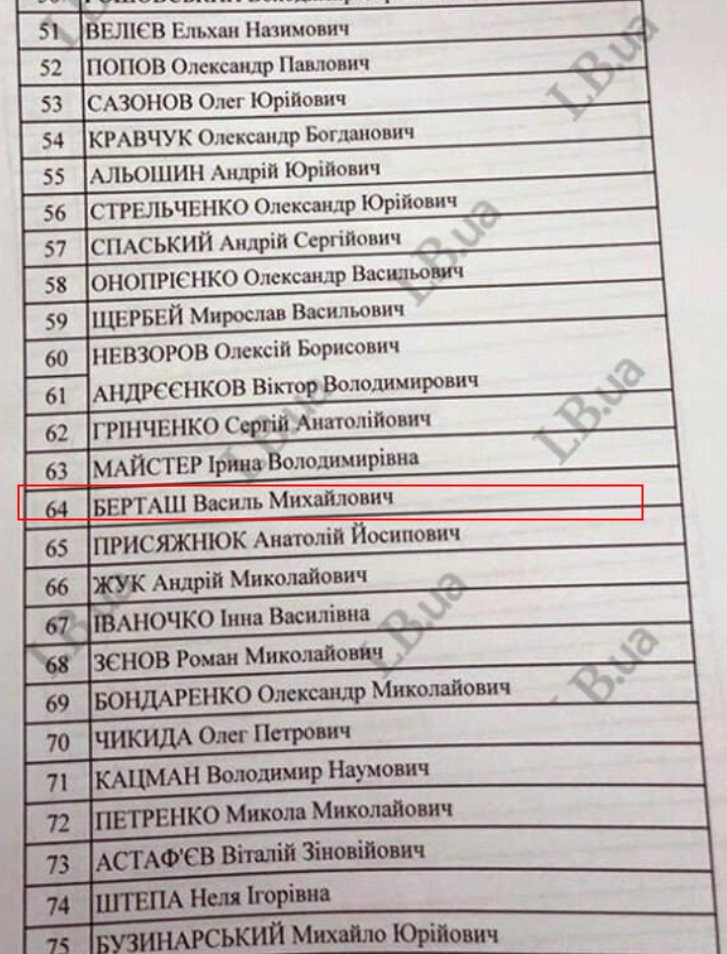 Journalists were shocked by the estates of the chairman of the Rivne Regional State Administration Vasily Bertash: an investigation in the TV program “Who Lives Here?” An official request from the ZIK TV channel asking for an interview, as well as a declaration of income and expenses of the governor, has not been answered so far. You will also learn about who the official's exquisite collection of foreign cars and motorcycles is registered to, who actually owns the hunting grounds and contributes to the family business as a father.

Conclusions: Vasily Bertash, taking advantage of his position, covers up his unfortunate relatives, earns money in his pocket with the help of low-quality construction sites, and illegal car certification schemes. It is not surprising that the citizens of the Rivne region were tired of Bertash's illegal tricks, and they rebelled against him.