People's Deputy of Ukraine of the VIII convocation. He won the elections in the single ...

Vladimir Bandurov is a rather odious person. He received the chair of the deputy illegally. Intimidation of members of the commission, the eternal "loss" of protocols where there was a final confirmation of Bandurov's defeat, and other antics. Success was not without the "necessary" connections. The father-in-law of Vladimir Bandurov knew Vadim Novinsky and Alexei Azarov, the son of the then prime minister. It is impossible not to mention the sawing of Kyoto money, in which Bandurov was directly involved. It is because of the misappropriation of this money that schools and medical institutions were not repaired properly. 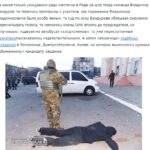 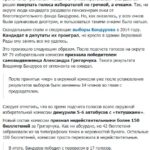 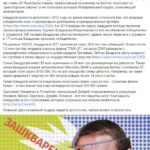 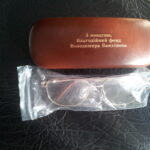 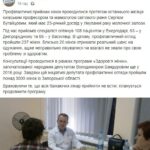 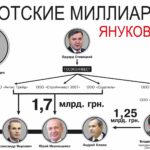 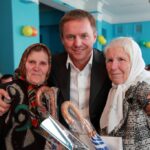 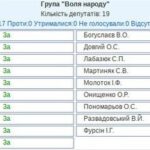 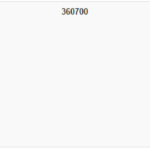 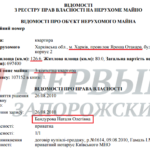 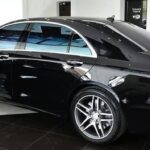 Ex-People's Deputy of Ukraine from the “Party of Regions”, and “Will of the People”.

Born in the village of Pology, Pologovsky district, Zaporozhye region. In 1996 he graduated from Dnepropetrovsk State University with a degree in law, having received the qualification of a lawyer. PhD in Economics (2006). Career. 1996-1997. – legal adviser, head of the centralized legal department of the state joint-stock energy supply company Zaporozhyeoblenergo (Zaporozhye). From September to October 1997 – Deputy General Director of LLC RE. Energostroy (Dnepropetrovsk). 1997-2000. – General Director of LLC West Company (Zaporozhye). April 2000 to November 2001. – Deputy Director, Deputy General Director of Sigma Plus LLC (Zaporozhye). November 2001 to June 2002. – Editor-in-Chief of Novaya Gazeta (Pologi, Zaporozhye region). October 2002 to August 2004. – Consultant on economic issues of a private enterprise Lilia (Kyiv). August 2004 to January 2005. – Director for External Relations of LLC European Financial Group (Kyiv). January 2005 to February 2009. – Director of Economics, LLC European Financial Group (Kyiv). November 2006 to April 2007. – Member of the Supervisory Board, since April 2007 – Deputy Chairman of the Supervisory Board of OJSC Ukreximbank. December 2006 to December 2007. – freelance adviser to the head of the State Committee of Ukraine on the state material reserve. April 2009 to March 2010. – Director of Economics, LLC European Financial Group. Since July 2009 – head of the advisory group of the Federation of Trade Unions of Ukraine. Since March 2010 – First Deputy Minister of Economy of Ukraine Vasily Tsushko. Since December 2010 – Deputy Minister of Economic Development and Trade of Ukraine Andriy Klyuev. 2012-2014. – People's Deputy of Ukraine of the VII convocation from the Party of Regions. Won elections in single-mandate constituency No. 79 (Zaporozhye region). Member of the Committee on Fuel and Energy Complex, Nuclear Policy and Nuclear Safety. On January 16, 2014, he voted for “dictatorial laws” – a package of anti-democratic laws that significantly limited the rights of citizens and freedom of speech. From November 2014 to August 2019 – People's Deputy of Ukraine of the VIII convocation. He won the elections in the single-mandate constituency No. 79 (Zaporozhye region). In the Verkhovna Rada, he joined the Will of the People group. Member of the Verkhovna Rada Committee on Fuel and Energy Complex, Chairman of the Subcommittee on Nuclear Policy and Nuclear Safety.

Married. Raises three sons. NOT an official biography On October 31, 2012, the Kyiv Administrative Court of Appeal received a lawsuit filed by Anatoly Shevchenko, a candidate for people's deputies in the 79th constituency (Zaporozhye region), against the CEC, a candidate for people's deputies Volodymyr Bandurov, the district election commission that during the voting it was admitted gross violation of the electoral law – the voters were misled, because the candidate Bandurov was presented in the ballots and informational campaign materials as a deputy minister, but in fact he had been dismissed from this position a long time ago and was unemployed. 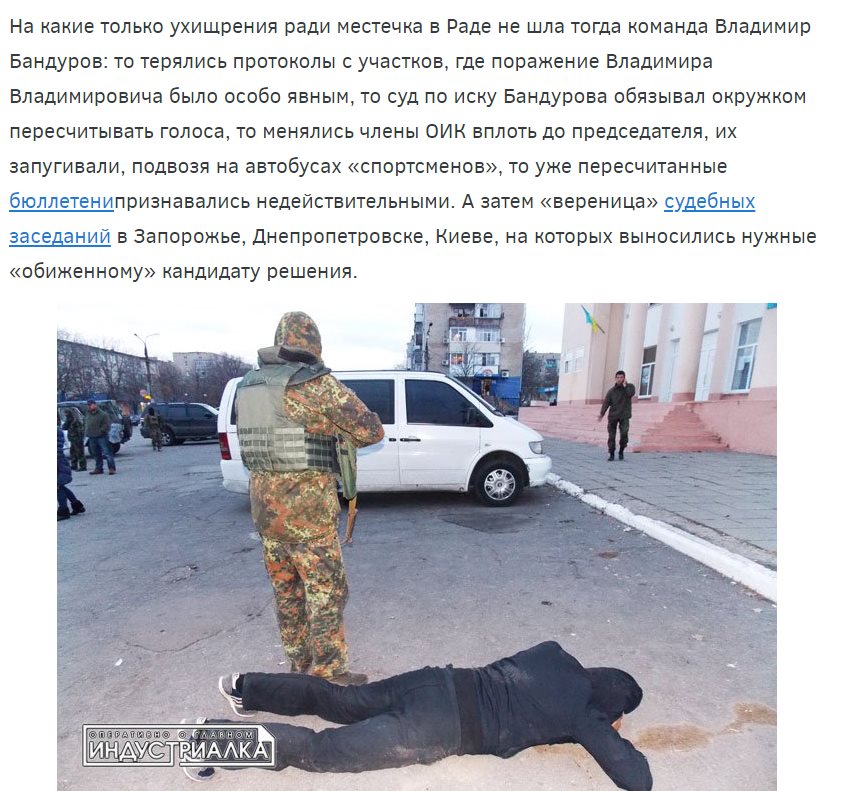 In 2014, the media reported that Vladimir Bandurov illegally took the deputy chair, and won through intimidation of commission members, turning off the light at the “right moment”, and losing the protocol. 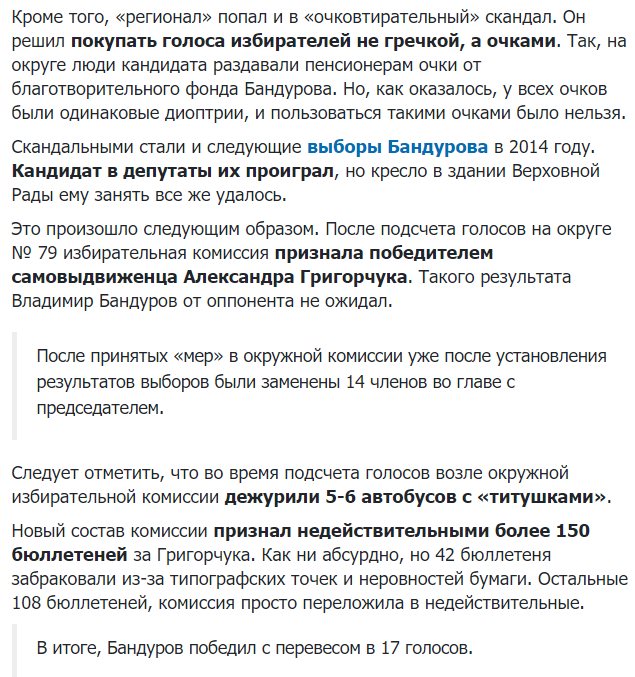 Father-in-law Vladimir Oleg Koshelenko was acquainted with the oligarch Vadim Novinsky and with the son of Mykola Azarov Alexei. Thanks to these connections, Bandurov, working in the European Financial Group, in 2006 becomes a member of the Supervisory Board, and later the Deputy Head of the Supervisory Board at Ukreximbank OJSC. At the same time, Volodymyr became a freelance adviser to the head of the State Committee of Ukraine for the State Material Reserve.. And this year, Bandurov “acquired” a Ph.D. in economics. 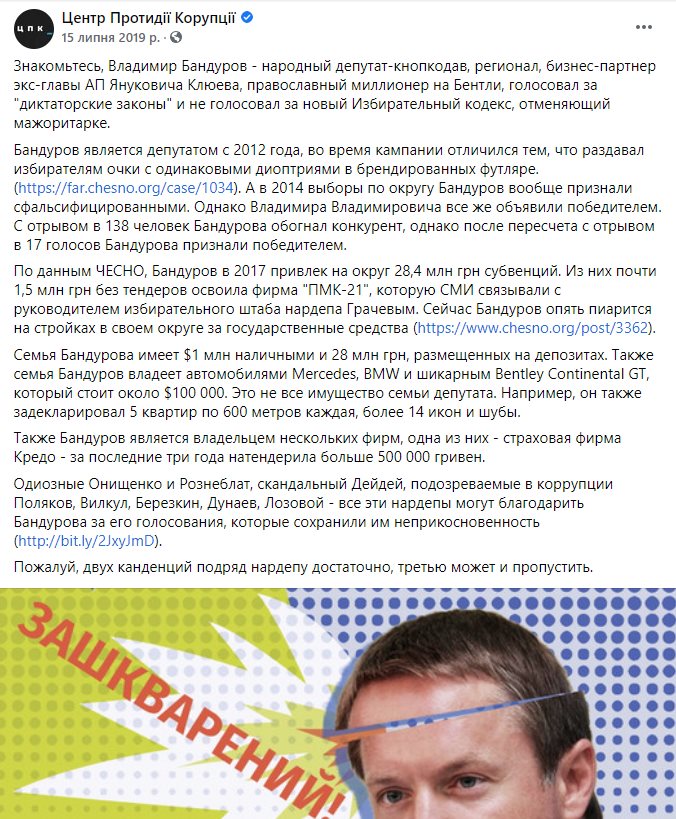 Holding a position on the Supervisory Board of Ukreximbank, the “talented” lawyer helped the Klyuev brothers get a loan of half a billion euros from a financial institution. In the future, Andrey Klyuev and Vladimir Bandurov will be connected by business partnerships.

Vladimir Bandurov during the parliamentary election campaign was accused of bribing voters. The reason for this was the fact that during his election campaign pensioners were given points. They were in a case on which was written “Respectfully, Vladimir Bandurov Charitable Foundation”. Later it turned out that all these glasses have the same diopter and they do not fit any of the recipients. 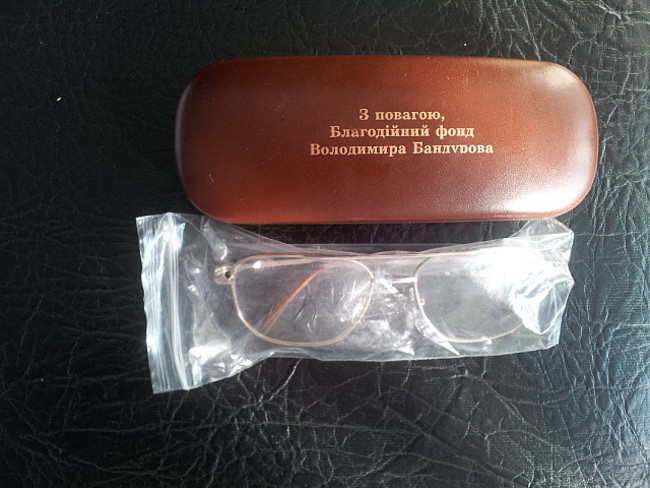 With the assistance of Vladimir Bandurov, a concert of singer Olga Polyakova took place

With the assistance of the candidate from the Opposition Platform for Life Vladimir Bandurov, a concert was held by singer Olga Polyakova in. A person with the same name and surname during the presidency of Yanukovych headed the Energetic customs post of the Kyiv Regional Customs of the State Customs Service of Ukraine, later renamed the Kyiv Interregional Customs of the Ministry of Revenue. It was during his leadership that criminal transactions with fuel were carried out through this customs post by citizen Kurchenko and the companies Gaz 2009, Sepek, and others, because of which the state budget lost billions of hryvnias.

TO PEOPLE – DULYU WITH POPPIES, TO YOURSELF – SALARY TWO TIMES

On the personal website of Deputy Bandurov, information about his violent activities in the district appears with enviable frequency, and most revealingly, about how he worries about the well-being of the inhabitants of the region and Ukraine as a whole.. Of the “fresh” ones – a September post stating the fact of a constant decline in social standards and a statement: “The Will of the People group insists on an immediate significant increase in the living wage, wages and pensions to the real level.” 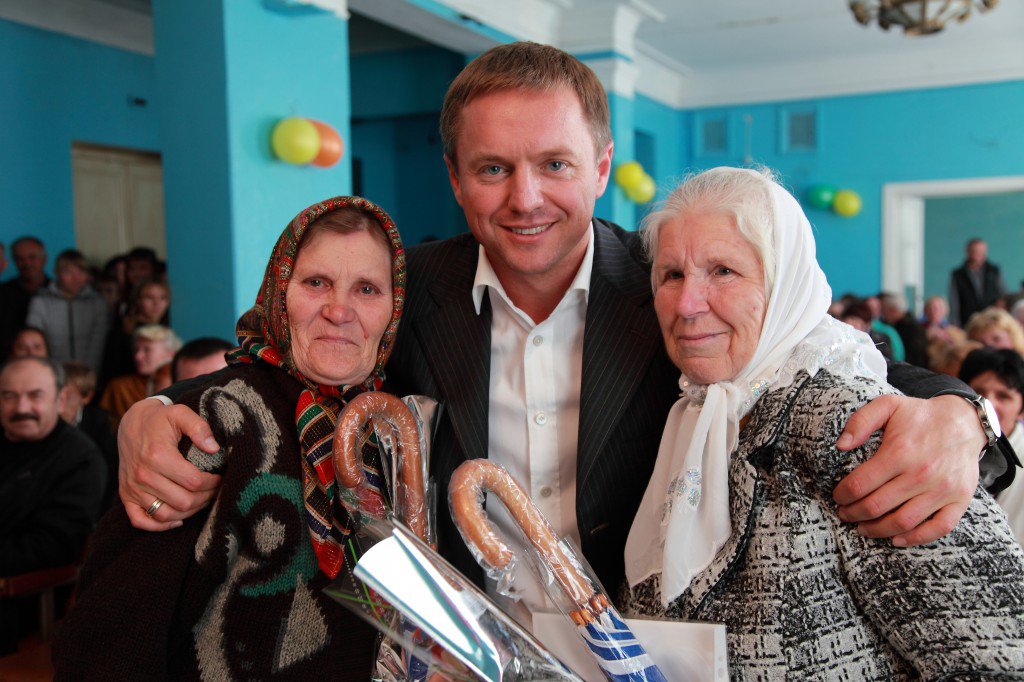 And in October, through his own mouthpiece, Vladimir Vladimirovich repeats his speech in parliament, where he talks about the need to index the minimum wage at a level twice as high as the government proposes – by 20%. Commendable zeal, but only in words, since just a couple of days after loud statement Bandurov, together with other representatives of the Zaporizhzhia region in the Verkhovna Rada, cheerfully votes for the budget for next year.

Vladimir Bandurov himself, like many of his colleagues, is far from a poor person.. True, his personal income during his stay in the Verkhovna Rada went down. So in 2014, the people's choice declared 1 million 268 thousand. hryvnia, in 2014 – already 395 thousand. 786 hryvnia, and in 2015 – 80 thousand. 281 out. hryvnia. That is, it turns out that all last year Vladimir Vladimirovich lived exclusively on a salary. It would be just right to regret if you do not pay attention to the section “deposits in banks and other financial institutions”, where the deputy keeps 1 million 075 thousand. hryvnia – this is for 2015, the amount was almost the same in 2013, and half as much in 2014. 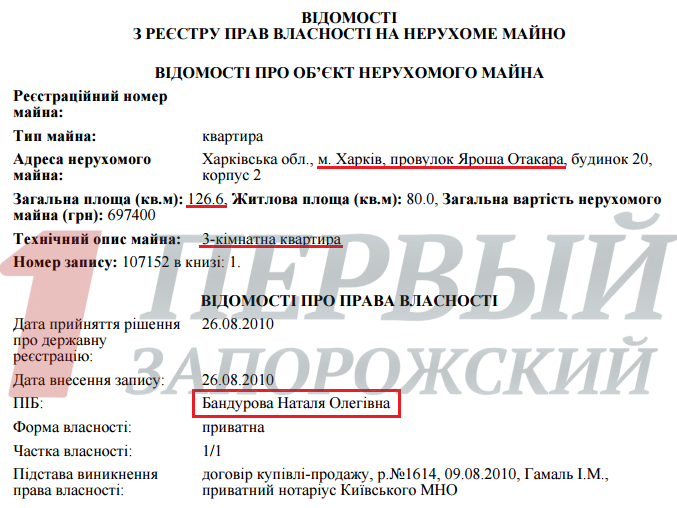 Vladimir Bandurov is a rather odious person. After all, he received the seat of the deputy illegally. Intimidation of members of the commission, the eternal “loss” of protocols where there was a final confirmation of Bandurov's defeat, and other antics. It is impossible not to mention the sawing of Kyoto money, in which Bandurov was directly involved.