Appears in public, on TV channels, in the news, actually does not give interviews ...

A woman who has no knowledge and experience about her position, a lover of branded handbag ...

Alena Valerievna Babak seems to be an ordinary woman in all respects. Smart, educated and outwardly good looking. BUT! Somehow, magically, she got a position in which she does not understand at all, and if you examine her declaration, read her history, then conclusions can be drawn very quickly. She filled out the declaration improperly, so her honesty is already in question. Her income does not exceed one million hryvnias a year, but at one time she allows herself to buy three land plots worth 600 thousand dollars, pampers herself with branded handbags, jewelry .. This begs one question. Where does the money come from anyway? Apparently, her income is one million dollars, and obviously not a year. 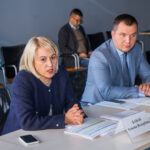 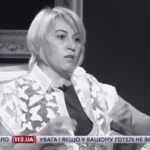 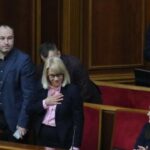 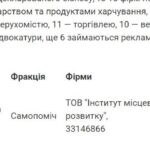 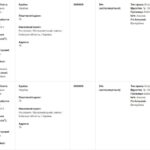 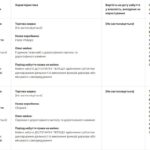 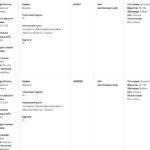 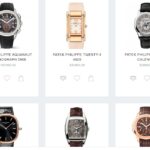 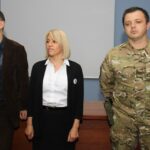 Date of birth – 09/27/1969 Age – 50 years Place of birth – the city of Krivoy Rog, Dnepropetrovsk region Nationality – Ukrainian Zodiac sign – Libra Politician, People's Deputy of Ukraine. In 2019, at the first meeting of the Verkhovna Rada of the ninth convocation, she was approved for the post of Minister of Community Development. Education Received secondary education in hometown. Then she moved to the capital and entered the Kyiv Pedagogical Institute of Foreign Languages. Alena Babak is a teacher of English and French. In 1996, a woman won a grant to study in the United States with the support of the Edmund Muskie Foundation and in 1998 she received a master's degree in business administration and a specialization in finance from Old Dominion University (Virginia, USA, is in the top 200 world university rankings) . Babak is the author of more than 30 scientific papers. He is fluent in several languages – Ukrainian, Russian, English and French. Career and business She began her career as a student, in 1993 she received the position of an office manager. In three years, she was able to grow to an analyst and coordinator of assistance projects for the restructuring of housing and communal services. 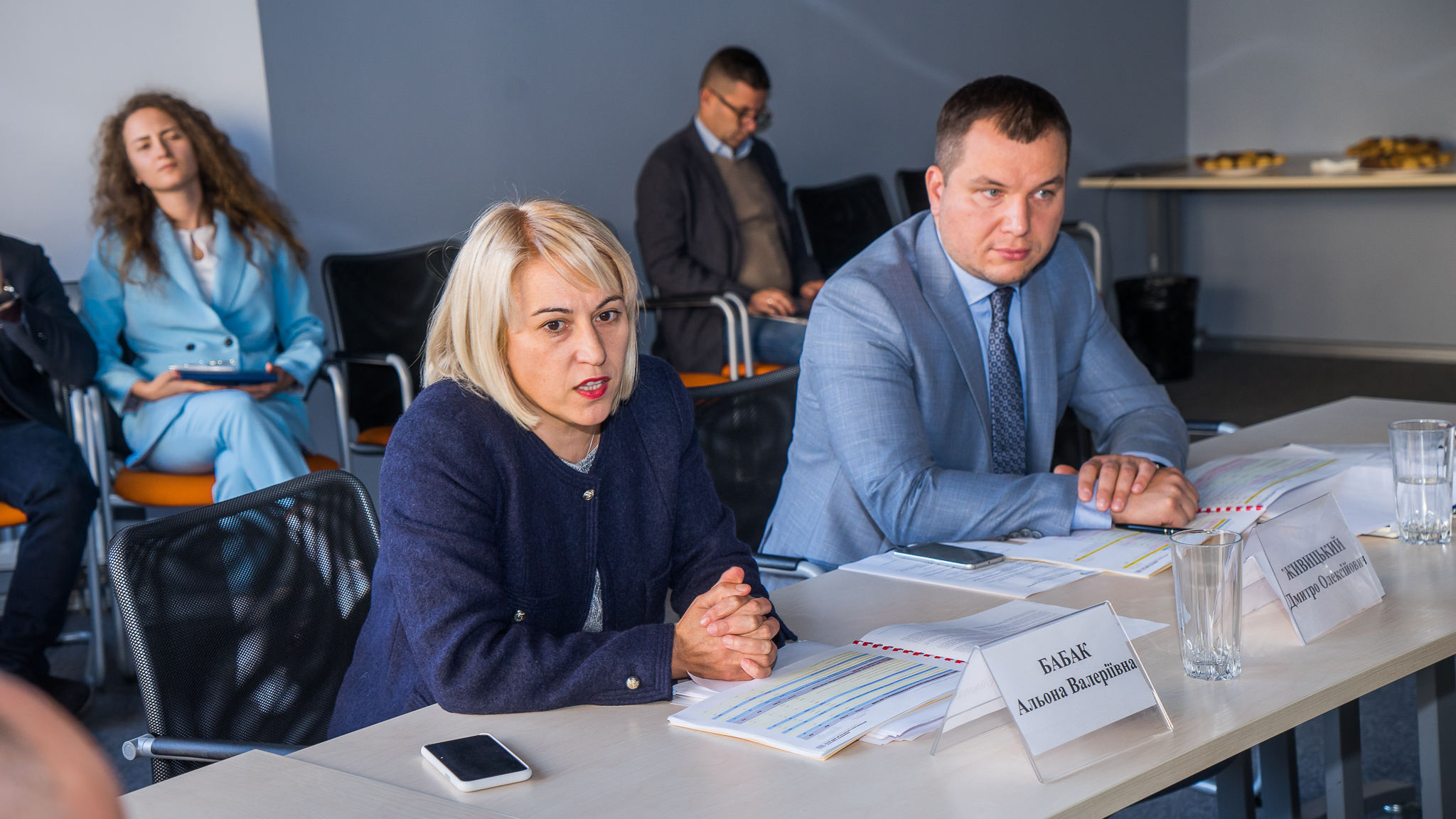 Immediately after graduating from an American university and returning to her homeland, she left her job and opened her own business.. During her career, Babak has led various international projects, served as a senior specialist in pricing and financial management in the areas of housing and utilities, and also took part in local development. Babak received help from the Edmund Muskie Foundation, thanks to which she received a master's degree in business administration in 1998. Also, the current minister and representative of the Servant of the People party has a diploma from Old Dominion University (Virginia). Specialized in finance In 2004, Babak joined the board of the charitable organization “Institute for Local Development”. 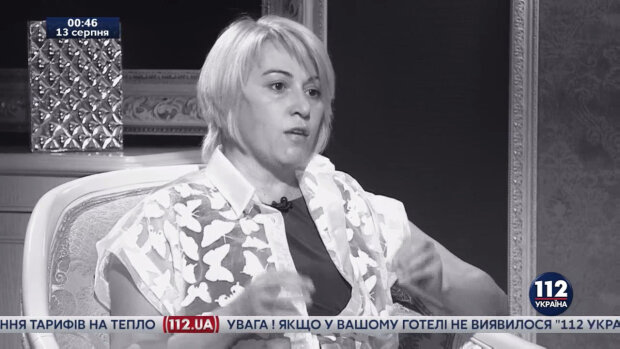 In 2012, Alena Valerievna received a position in the National Commission for State Regulation in the field of public utilities. Two years later, he moves to a working group under the Cabinet of Ministers of Ukraine, dealing with housing and communal services. 2014 becomes a turning point for Alena Babak – she goes into politics. At first she was a member of the Samopomich party, which became very popular in the wake of post-Maidan sentiments. However, as it turned out, the project was a failure – the party did not show any successful results, moreover, it was marked by a number of high-profile scandals. In the Verkhovna Rada of the eighth convocation, Alena Valerievna was responsible for construction, housing and communal services. She was also the head of the inter-factional association “Equal Opportunities”. After Vladimir Zelensky won the 2019 presidential election, Babak decided not to continue cooperation with Samopomich. and went over to the rapidly gaining popularity of the Servant of the People party. 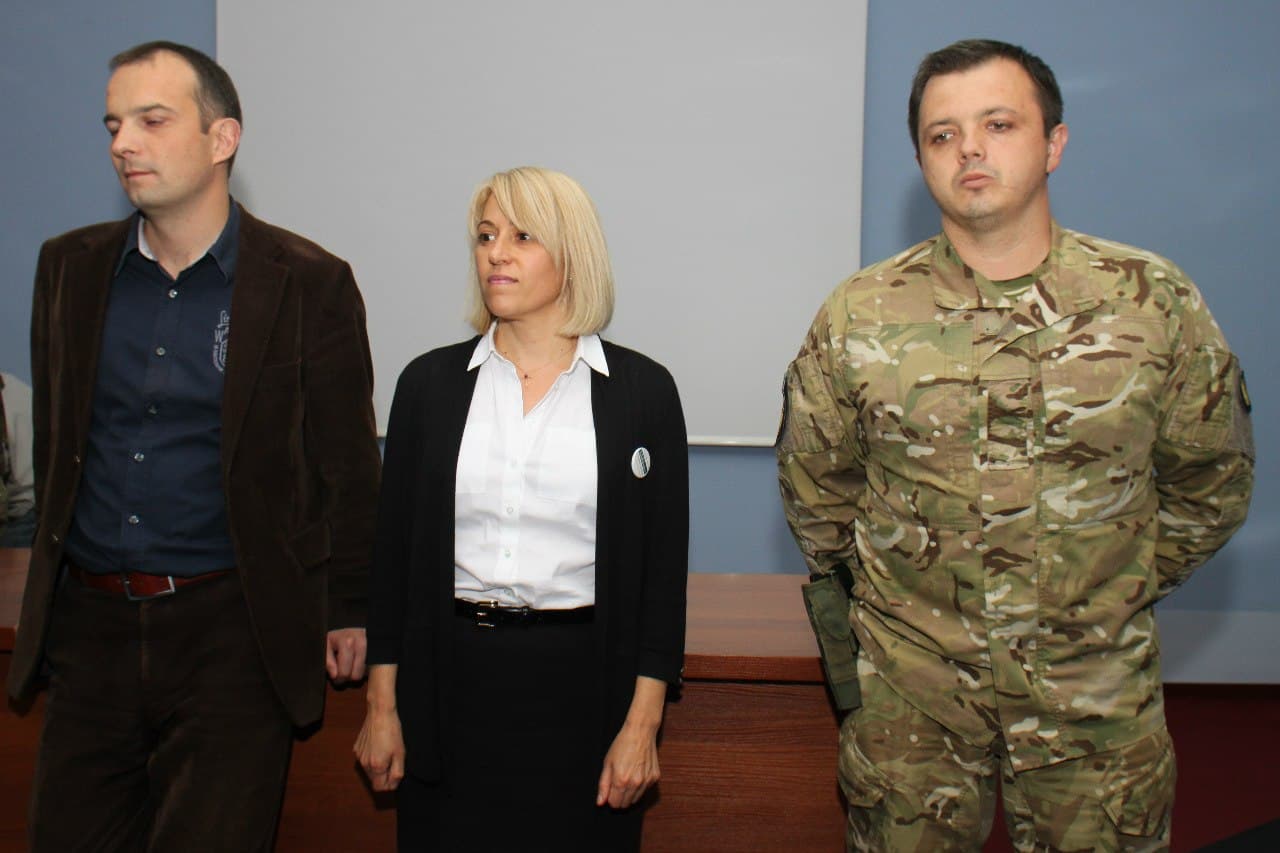 Moreover, in August, at the first meeting of the Verkhovna Rada,. it is known that Alyona Babak will take the place of the Minister of Communities and Territories of Ukraine in the new government of Oleksiy Honcharuk. It is interesting that Alyona Babak got the ministry, which was created only this year. Scientific activity. He has 30 scientific papers on reforming the housing and communal services and regulating the activities of subjects of natural monopolies.

Alena Valerievna is officially divorced. However, according to rumors, the woman is in a civil marriage, but the name of her chosen one is unknown.. The politician brings up two children – daughter Ekaterina and son Danil. In the declaration for 2018, Alena Valerievna indicated a certain Babak Vladimir Nikolaevich as the co-owner of one of the apartments. Unfortunately, there is no information about him, but it is unlikely that he is a brother (since one surname and patronymics are different, and not a father). Hence the conclusion is either the same secret husband or grandfather.

Babak's activities were assessed by the Russian Federation, whose government imposed sanctions against her, considering her activities dangerous. Interestingly, many in Ukraine are dissatisfied with the appointment of Babak to the post of minister. For example, the head of the Housing Union of Ukraine Oleksandr Skubchenko called Babak a grant-eater from Samopomoch, who in the Rada was only engaged in destroying housing and communal services. “Zelensky said that the main task of the new Cabinet of Ministers will be the audit of the multi-apartment housing stock and the state program for its modernization.. Don't reinvent the wheel, it's all been said before. Do not give the modernization of the housing stock to be torn apart by grant-eaters: they will overwhelm the reform of housing and communal services and housing policy. They will not offer any changes to the best,” he wrote on his Facebook page. Indeed, Babak has no experience in this field and cannot boast of the appropriate qualifications. In particular, there were allegations that she was a technical candidate who was not intended to be implemented in the Cabinet.

Journalists often reproach the idea of creating a new Ministry for the Development of Communities and Territories, saying that no one understands their structure of the department, and the duties of its employees, their goals and objectives are also not clearly defined. Zelensky and Co. are also accused of nepotism. The thing is that Alyona Babak is Zelensky's fellow countryman, who, apparently, will be very “convenient” for the new government. Ukrainians are also dissatisfied with the appointment of Alyona Valerievna: social networks are full of angry comments that Minister Babak has not shown her effective work for all the years of her work. Many do not understand what the politician will do in the new government and for what merits she was taken there. 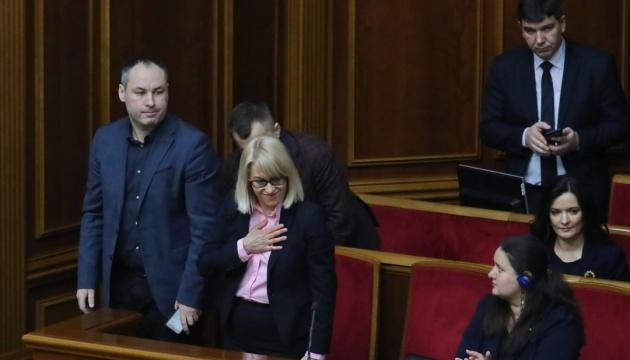 It's funny, but one of the stains on the reputation of Alena Babak, who is one of the creators of the law on housing and communal services, was the title of record holder-debtor for … utilities. Journalists of the Groshi program found out that the politician’s elite apartment had a debt of almost 23 thousand hryvnias. Alena Valerievna herself denied this, however, she admitted that she received receipts with very large amounts. And I did not want to agree with what I saw there. It turned out to be almost a pun – the main legislator in the housing and communal services sector cannot deal with her bills herself.

In 2016, Alena Babak's handbag became the subject of a scandal.. It turned out that the woman prefers handbags from “Gucci”. The cost of her favorite accessory is 27 thousand hryvnia.. This is 24 subsistence minimums of the average Ukrainian. At the same time, it should be noted that Alena's handbags are the most budgetary in the last parliament.. Many of her fellow legislators went to work with handbags at less democratic prices.

54 people's deputies did not declare their business in the declarations for 2014. In total, we are talking about 100 companies, of which 52 cases are the business of the deputy himself, 45 are the companies of his family members indicated in the declaration (most often the wife or husband), two more cases of joint family business. As for the sphere of undeclared business, 18 firms are associated with agriculture and food, 15 – with construction and real estate, 11 – with trade, 10 – operate in the field of law and advocacy, and 6 more are engaged in advertising services.

In 2018, journalists found out what Alyona Babak thinks about during plenary sessions. She is worried about lunch. During the plenary, Alyona Babak corresponded with her assistant, who is listed in her phone book as “BT”. She told her boss where the money for the meals Katya didn't take had gone. “VT” said that the funds remained in Katya's account. Who is Katya and what is hidden under the word “lunch” – the press did not manage to find out.

Declared UAH 1.221 million of income for 2018. Of the total income, 447.2 thousand hryvnias was the salary of the people's deputy, 422.9 thousand hryvnias – funds related to the execution of deputy powers, 90 thousand hryvnias – compensation for travel through the territory of Ukraine. Also in 2018, Babak received 37.9 thousand hryvnia percent from the deposit in Ukreximbank, 112.5 thousand hryvnia dividends from the organization “Institute of Local Development” and 110.9 thousand hryvnia insurance payments. Son Babak Daniel last year received 15.4 thousand. hryvnia salary in the insurance company “Providna”, daughter Ekaterina – 120 thousand hryvnia alimony from her father. The minister declared 326.6 thousand hryvnias, 21.7 thousand euros and 451 dollars in accounts with Ukreximbank, 4,283 dollars in an account with the Ukrainian Innovation Bank, as well as 34 thousand euros and 52 thousand dollars in cash. She owns 50% each in 3 apartments in Kyiv (total area 48.8 sq. m., 56.8 sq. m. and 188.1 sq. m.), 3 land plots in the Vasilkovsky district of the Kyiv region, 2.5 thousand sq. m each. m. But if you look at them more closely, the brain starts to give an error. All three parcels are in the same location, the same size and ownership acquired on the same day. Two plots have a price of 306,800 dollars, and the third, despite the fact that it is identical, is 60,657. Probably there was an action: “buy two plots and get the third one for half the price.” 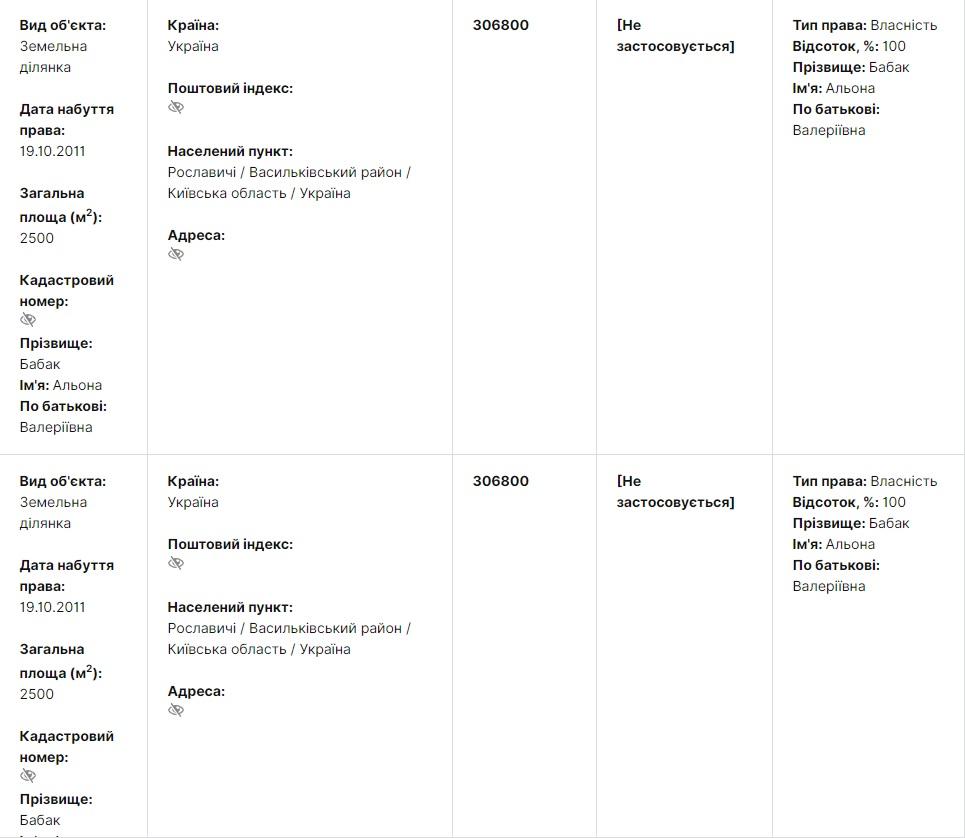 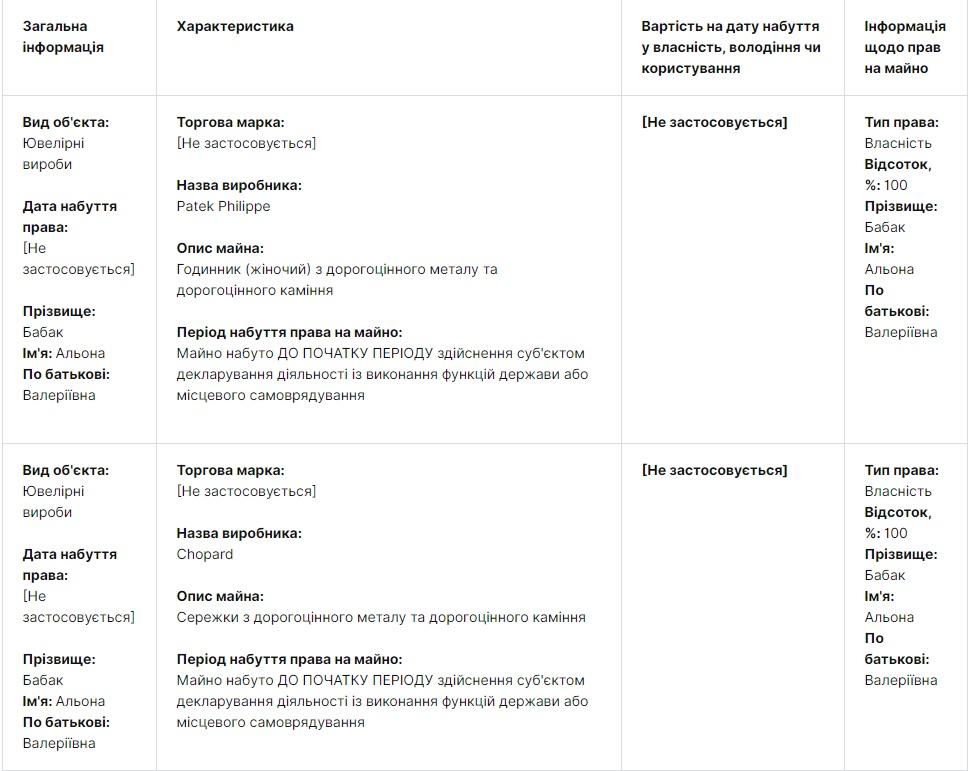 The amount is most likely in dollars.. The total amount of land holdings is 674,257 thousand. dollars. With her income of 1 million hryvnia (PER YEAR). Has she not eaten for more than 30 years in order to grab three sections at a time? Let me remind you that all three plots were acquired on the same day. In addition, Babak owns a 2012 Volkswagen Touareg and a 2005 Mercedes-Benz ML350, while her son owns a 2010 Renault Trafic truck. The minister also indicated in the declaration women's watches made of precious metals and precious stones Patek Philippe and earrings made of precious metals and precious stones Chopard, while noting that the jewelry was purchased before the start of parliamentary activity. 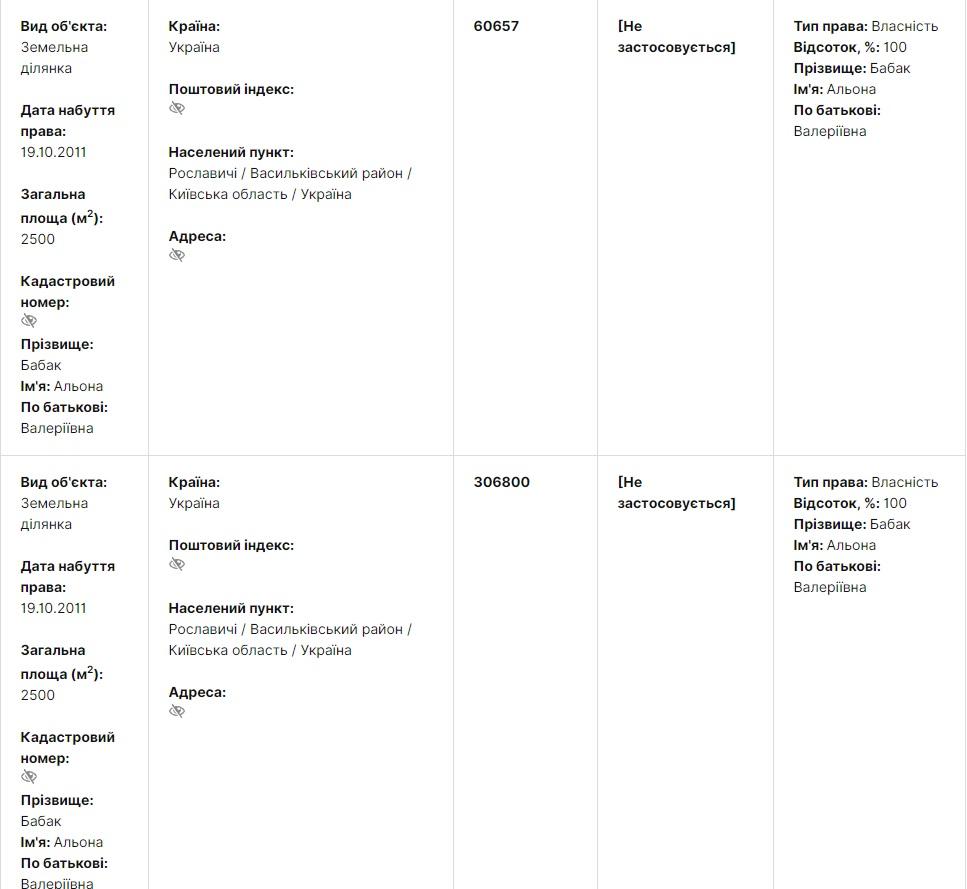 It is worth pointing out that the cheapest Swiss watch from the Patek Philippe brand costs $13,000.. And there is no documented evidence that the watch was purchased BEFORE her political activities. 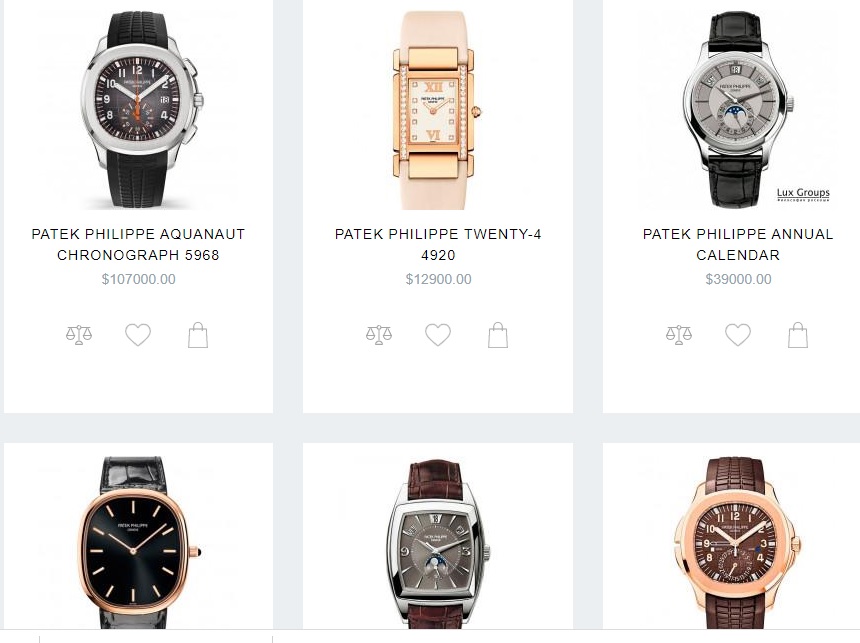 According to the declaration, she owns 11.25% of the total capital of the organization “Institute of Local Development”.

Figureheads are increasingly appearing in politics. Most likely, Alena Valerievna is one of them.. Otherwise, how to explain the situation when a person who is completely far from politics and does not have the necessary knowledge, gets to the post of Minister of Community Development? In addition, you won’t expect honesty from her, either she didn’t indicate the business in the declaration, or she “wrong” with income by several million.